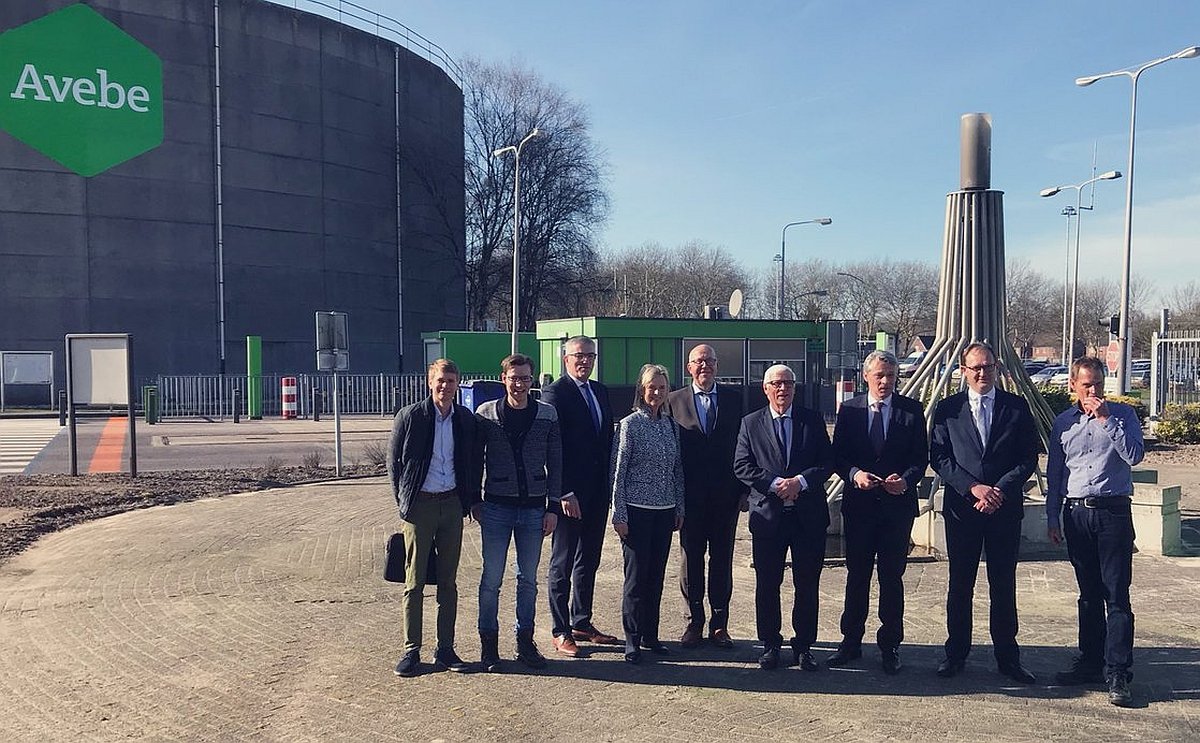 A large delegation from the European Parliament paid a visit to Avebe's high-tech vegetable protein plant in Gasselternijveen.

A large delegation from the European Parliament paid a visit to the high-tech vegetable protein plant of the Dutch potato starch cooperative Avebe in Gasselternijveen.

Avebe is the market leader in the area of potato protein for human consumption. The visit by this delegation underlines the importance that the European Parliament and the provincial authority attach to innovative and climate-friendly food production.

Avebe is celebrating its 100th anniversary!

Avebe started out in 1919 as ‘Potato Flour Sales Agency’, with the company arranging the sales for several independent cooperatives.

Half-way through the twentieth century the factories affiliated with Avebe introduced new products: starch derivatives. This development was given a boost in 1971, when the factories and the sales office merged into a single company. That was when the innovation process really got underway. And since then it’s never stopped.

Much has changed in the past hundred years, but one thing has stayed the same: Avebe is bursting with ambition. And it is with those ambitions that they’ll be celebrating this anniversary year with our members, employees and customers.

AVEBE Gasselternijveen is one of AVEBE's three starch production plants in the Netherlands.
Read More
Avebe