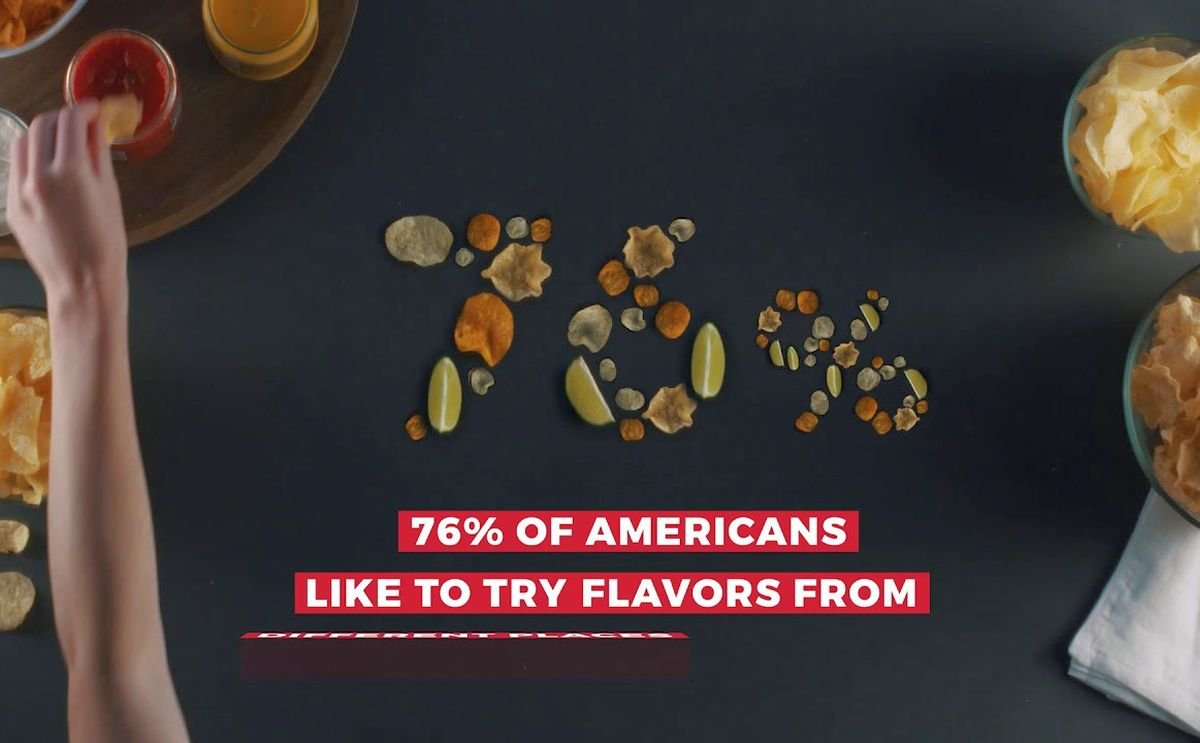 The recent Frito-Lay U.S. Snack Index survey1 revealed the majority of U.S. consumers are demanding more variety – in flavors, especially – from their snacks and other food items. Indeed, more than two-thirds (69 percent) of respondents say they indulge on globally inspired foods and flavors at least once a month; and more than three-fourths (76 percent) agree that they like to try flavors from places and cultures that are not their own.

More than any single seasonal flavor trend, it's really the overarching globalization of flavor that is turning the food industry upside down, ushering in a whole new approach to meeting consumer demand.

“What Americans choose to eat has become a complex mishmash of cultures and spices well beyond ethnic or traditional silos.”

“That's why we maintain a proprietary database of more than 1,000 global flavor variants and employ hundreds of culinary experts and scientists dedicated to exploring new tastes and flavors.”

The recent Frito-Lay U.S. Snack Index survey revealed the majority of U.S. consumers are demanding more variety – in flavors, especially – from their snacks and other food items.

While food and flavor choices are becoming more diverse, Americans rely on some conventional sources to inspire them – with nearly half (48 percent) saying they usually discover new foods, cuisines, flavors or ingredients from their friends and family.

However, 44 percent are curiosity seekers, whose current flavor preferences are driven by where in the world they have traveled. Plus, 38 percent first sampled new culinary options because they saw them in a local store or restaurant.

To address these evolving flavor trends, many of which can be confined to small enclaves within a larger community, food companies are turning to high-tech advancements to ensure products that have been created with curated flavors are matched with the preferences of a particular group or geography.

“It's given us a 'tasty' challenge – to predict, respond and adapt to rapidly expanding consumer preferences with speed and agility by leveraging technology to ensure we can get consumers exactly the snacks they want exactly where they want to buy them.”

“We believe it's our job to develop and deliver snacks that equally delight a niche community as well as a mass crowd.”

Frito-Lay is using AI technology to continually analyze millions of data points that identify micro-markets for a flavor or product that might otherwise be missed.

Recently, AI unveiled small market segments in the eastern U.S. that sought hot and spicy flavors, although most in the macro market surrounding it had a more classic flavor palate.

They then used AI to reshape their distribution to ensure that precisely the right products were available in each local point of sale based on local shopper demographics.

Not surprisingly, so, too, is the cultural melting pot of New York City. More than three-fourths of Big Apple respondents (78 percent) often or sometimes have globally inspired foods, cuisines, flavors or ingredients, compared to the national average of 68 percent.

While Americans are willing and eager to sample flavors from geographic locales far and wide, they do have their favorite regions with respect to food and flavors:

The interviews were conducted online and the data were weighted to approximate a target sample based on age, race/ethnicity, gender, educational attainment and region. Results from the full survey have a margin of error of plus or minus 2 percentage points.
Source
Frito-Lay North America
Like to receive news like this by email? Join and Subscribe!
Related Companies