Russian retail may offer economy-class potatoes and cucumbers for sale

Russian retail may offer economy-class potatoes and cucumbers for sale

The Potato Union of Russia sent a letter to the Association of Retail Companies (AKORT) and the Union of Independent Networks (SNS), in which it proposed introducing "economy-class" tubers into the assortment. The potatoes would differ in size from 35mm to 55mm and come in 2.5 kg, 3 kg, and 5 kg packages as explained by Tatiana Gubina, the head of the Potato Union of Russia, to Agroinvestor.

Thus, producers want to stabilize potato prices. The product will become 10-15% cheaper for the end consumer while the average prices for potatoes increased by 40% over the year. This happened, among other things, due to a decrease in the harvest, which, according to the Institute for Agricultural Market Studies, fell by 10% to 6.8 million tons (in the commodity sector) in 2020.

Retailers now have strict sizing requirements for potatoes so producers have to sort by size. If you pack unsorted potatoes, you can save up to 50% at the packaging stage.

Also, the inclusion of 33-55 mm potato nets in the assortment will expand the product offer for consumers. AKORT also appreciates the initiative, given the current economic conditions. The association noted that some retailers are already in talks.

Tatiana Gubina said that the smaller calibre potatoes are of the same quality as larger ones.

"In general, 55+ is a networking standard. This does not mean that we offer the consumer potatoes of dubious quality. The potato flavour is not affected by size. It’s just a matter of preferences: some love smaller, some larger."

According to the Potato Union, the proposal to conclude such agreements was made back in September. The executive director of the union then said that sharp temperature fluctuations over the summer resulted in smaller potatoes. The Union discussed the situation with retail chains asking to introduce an additional grade so that retailers would take such products for sale. However, no decision has yet been made.

According to Ms Gubina, some kind of correct indicator for the cost of potatoes on the shelf is needed.

"After all, there are many different kinds from the bulk box to the premium class packed in a paper bag."

She does not exclude that the same price control from the state as in the case of sunflower oil and sugar may affect potatoes.

"The state has the right to control what category of potatoes and to set what price. However, the question is, what will be the indicator?"

The Horticulture Union supports the idea of ​​the Potato Union and has launched a similar initiative for cucumbers.

"We are working on it with AKORT. There are cucumbers in the standard form of a straight line, but there are also the curved ones. The initiative will provide an opportunity to reduce the price on the store shelves, this will provide people with a choice. Next week we will discuss this in a video conference with AKORT."

Mr Glushkov notes that the taste, colour, and usefulness of the economy-class cucumbers will be no different from the more beautiful products.

"We have this same story with cucumbers since the aggravation of the situation with prices for sugar and sunflower oil. The minister said to monitor prices more closely, then we prepared a proposal for what needs to be done to reduce prices for cucumbers and tomatoes."

The Russian Potato Union is an association of organisations active in the vegetable and potato industry to coordinate activities and to protect the interest of this industry.
Related Topics
Potatoes in RetailPotato Stats, Trade, PricesPotato PricesPotato Supply chain 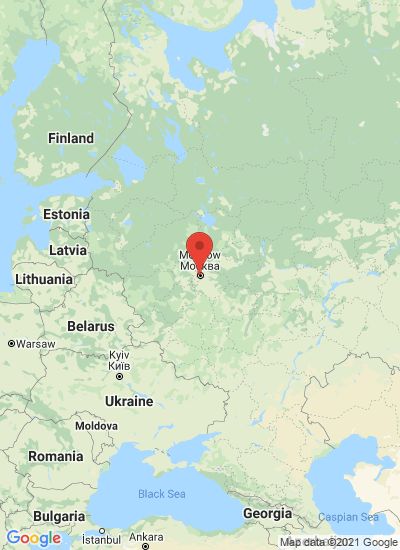