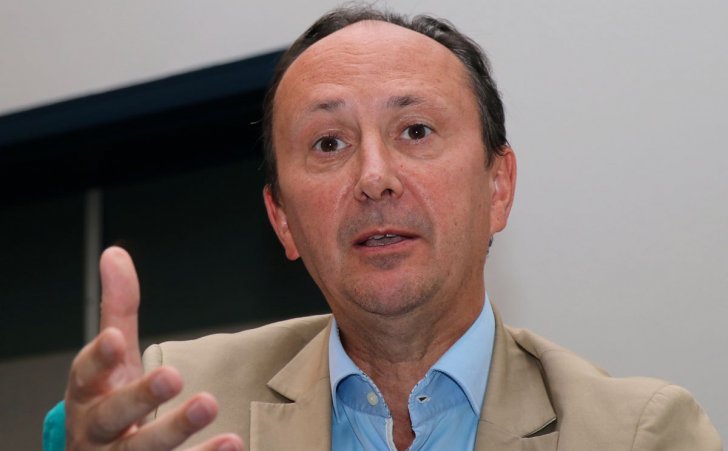 The annual general meeting of Belgapom, the Belgian potato trade and processing industry association, has appointed Marc Van Herreweghe as its chairman.

He succeeds Marc Seru who in accordance with the articles of association was not available for re-election after two terms of 3 years.

Marc Van Herreweghe is the CEO of the family-owned potato processing company Mydibel in Mouscron.

He started his international career at British American Tobacco, one of the world’s leading multinationals with 44 factories in 42 countries. His career at BAT is impressive, working up to Group Head of Manufacturing, responsible for all of the group’s factories. He is an expert in People Leadership, Business Integration & Transformation, Operational Excellence, Industry 4.0 and Mergers & Acquisitions.

Afterwards he worked as a consultant for various international companies amongst other things as Associated Vice-President of IDC (International Data Corporation), global leader in Market Intelligence, Advisory Services and Research. In addition, he has seats on various executive boards. Since the beginning of this year, Marc Van Herreweghe is also chairman of the executive committee for the Processing section within Belgapom.

During his word of thanks, he pointed to the necessity of the fast-growing potato sector in Belgium to make use of the technological means available to better coordinate the entire potato chain. This can benefit all the links in the chain according to the new chairman.

However, in addition, the potato sector must more than ever before defend its interests: Belgium has the ideal soil and climate for growing potatoes. Thanks to the development of the potato-processing sector into a leading industrial player in the global agro-food sector, Belgium is faced with numerous new challenges.

For example, from the consequences of climate change, the increasing pressure from disease and pests and the availability of workers via the demand for ever more sustainable production and the pressure on the use of crop protection agents to the increasing market protection that poses major challenges to global trade.

It is Belgapom’s task to handle this, together with the chain, through efficient cooperation with our national and European organisations.

To this end the new chairman also pointed out the role of the inter-branche organisation to be founded in Belgium.

In addition to the election of a new chairman, the board of Belgapom was also renewed.

Immediately after Belgapom’s AGM, there was an event organised together with Belgapom’s partners in the FVPhouse umbrella, Fresh Trade Belgium and Vegebe, in cooperation with VITO.

It placed a spotlight on the potential of remote sensing and big data – of which WatchITgrow is an example for the potato sector. Bart Deronde of VITO illustrated that monitoring the cultivation of potatoes, fruit and vegetables via remote sensing has potential for all the links in the chain.

After that, Walter Stiers illustrated the opportunities of blockchain technology for the functioning of the value chain by means of a number of examples. Both remote sensing and blockchain can be important tools for efficient insurance.
Fuente
Belgapom
¿Te gustaría recibir noticias como esta por correo electrónico? ¡Únete y Suscríbete!
Empresas Relacionadas