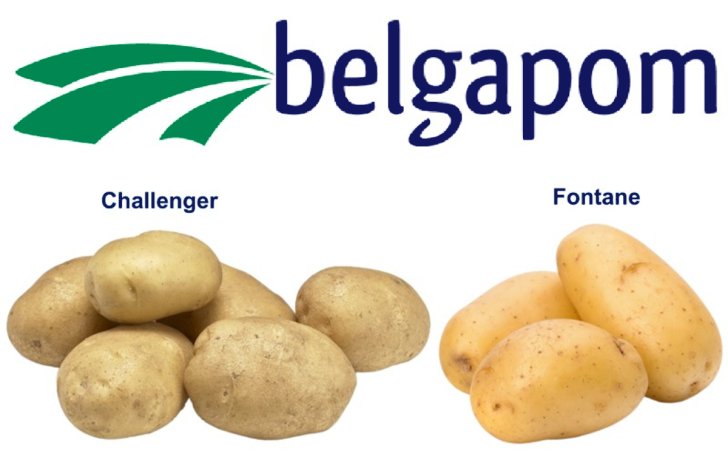 Belgapom quotation for the 2022-2023 season will cover potato varieties Fontane and Challenger.

As of the new storage potato season, the Belgapom price committee will note the most frequently used price for the trade in potatoes of the Fontane and Challenger varieties.

"The potato world is constantly changing. The committee strives to adapt itself to those changes. Last season, Fontane was grown on more than half of the Belgian potato acreage. Fontane is by far the most traded on our market."

"We also noticed that the share of Challenger is rising and becoming more important. That is why the Belgapom Governing Body unanimously decided that from this season we will officially list Fontane and Challenger."

From now on, the Belgapom quotation is therefore defined as the most frequently used price, observed on the previous working day for the Fontane and Challenger varieties, intended for processing into frozen potato products, field crop 35 mm+, suitable for fries, departure producer, loose on truck, for immediate delivery/collection.

"Although Fontane is dominant, and Challenger is on the rise, those are obviously not the only varieties grown and traded in the Belgian potato sector. For other relevant varieties such as Markies and Innovator, an 'observation' and a 'market mood' are included in the weekly publication, depending on the market. This means that there will not be an observation for both varieties every week."

"Equally important is the fact that, as from this season, we will not long observe the market price for the Bintje variety. After we ended the official quotation last year, the Belgapom Governing Body decided to cease the observation of Bintje as well. Simply said, there is not enough significant movement on the market to justify a representative observation of the price."

The quotation and observations are published every Friday morning by Belgapom on its website (https://www.belgapom.be). In addition, the communication also includes a graphic representation of the evolution of the quotation during the course of the season.

As the share of contractual purchases in the Belgian potato market has increased sharply in recent years, a graph with the average contract price for Fontane will also be shown.

It is Belgapom's Governing Body which – on the advice of the Price Committee – determines each year for which variety the price will be officially quoted and for which varieties a market-voted observation will be determined and published.
Fuente
Belgapom
¿Te gustaría recibir noticias como esta por correo electrónico? ¡Únete y Suscríbete!

Belgapom nonprofit association is a recognized association for the Belgian potato trade and processing industry. Its task is to defend the interest of the Belgian seed and consumption potato merchants.
Variedades de papa mencionadas