A new trend has emerged in the Indian State of Haryana, with many potato farmers venturing into the seed potato production business. They even have had contracts from big private players such as McCain Foods and Siddhi Vinayak Agri Processing, and are earning well.

Till a few years ago, stories were commonplace about how a number of potato farmers in Haryana would dump their crops in the field itself or on the roads due to its plummeting prices that would be even lower than the cost to store them.

Dr. A S Saini, Director General, Horticulture, Haryana, says potato is grown all over the state with a production of 8.97 lakh MT (as per 2018-19 data) from an area of about 34,738 hectares and adds that the produce is sent to Azadpur (Delhi), Chandigarh and some mandis (big market) in the closer proximity for the sale.

Hence, the new trend of many farmers now getting into the seed potato production and earning more than the traditional crop or even wheat they sowed till a few years ago, Dr Saini says.

The major districts growing potatoes in Haryana are Kurukshetra (26%), Yamunanagar (16%), Karnal (14%), Ambala (11%), and Sonipat (10%). These areas cover more than 75% of the state production. Both table and processing cultivars are grown in Haryana such as Kufri Pukhraj, Kufri Chipsona 1, Kufri Chipsona 3, Lady Rosetta, and Kufri Frysona, among others.

Even though the department grew potato seeds (like others crops, fruits or vegetables) at its farm nurseries, a special seed potato production began about two years ago when the department set up the Potato Technology Centre (PTC) in the village Shamgarh, district Karnal. The PTC is dedicated to producing high-quality planting material, standardising environment-specific production procedures, and creating a brand for Haryana seed potatoes.

Dr Saini says that the tissue culture and the production of mini-tubers in insect-proof nets in soil and soilless media are examples of high-tech procedures at PTC. Even the aeroponics technique is also being used to grow the virus-free tiny tubers, ensuring a higher yield per area for a longer period than net houses.

He says that the PTC’s aeroponics facility is one of the largest of its kind in India. In the next six years, PTC would probably enhance the seed output to 30,000 MT. In 2020-21, India exported nearly 16.10 lakh MT of fresh and chilled potatoes, as well as 0.08 lakh MT of seed potatoes, according to him.

Dr Saini says that the department also began forming farmer producer organisations (FPOs) since the past some years offering them a significant 70-90 % proportion of financial support to establish advanced infrastructure such as integrated packhouse (IPH), to ensure proper post-harvest practices and quality of produce.

Guided by the state horticulture department, the FPOs as a risk mitigation plan, enter into contract farming of non-GM (non-genetically modified) cultivars of seed potatoes and processing potatoes with private companies, apart from table varieties.

The companies sign a pre-season agreement with farmers for buy-back of produce with pre-agreed prices and quality specifications. Companies also provide a package of agronomic practices and essential inputs.

Satbir Singh, Chairman, Crown Fruit and Vegetable FPO, at his village Ghisarpari, Kurukshetra, along with his about 571 members established an integrated packhouse (IPH) with government support up to 80 % which has advanced infrastructure to ensure quality potato supply, had begun buying potato seeds from the department’s nurseries.

"I have been buying about 300 first or second-generation quality seeds bags (a bag is 50 kg and usually costs about INR 1,300 (about USD 16) from government nurseries and then growing the next generations of the same under our Crown brand name in my fields and producing about seven to eight times more next generation seeds (about 2,400 bags)."

"At this point, I sell the same to FPO members who also produce many times more next-generation seeds as the cycle goes on up to the seventh or eighth generation seeds. All the farmers and seed producers earn as these quality seeds are sold amongst the farmers at a price lower than the market price for all types of seed potatoes."

These FPOs provide through their IPH facilities of grading and sorting lines of capacity up to 5 MT per hour, 5,000 MT cold storage, 6 MT pre-cooling room and transportation facilities which are given to their farmer members at a discounted rate and market rate to others.

Meanwhile, another FPO, namely, Growsmart Farmers Producer Company Ltd, Thanesar, Kurukshetra which too has established an IPH with the government’s support, has gone an extra mile. The Growsmart FPO has bagged a contract from McCain, the world’s largest manufacturer of frozen potato products for the second year in a row.

Yogesh Saini, Director of the FPO:

"We have about 190 members and won the contract for the second year in a row."

He says that the McCain gives them a particular generation seed to grow in about 400 acres of land for a subsidised price of about INR 24,000 (about USD 301) per acre and buyback the next generation seeds from them.

"We end up getting about INR 1 lakh (about USD 1254) for an acre as we produce multiplied numbers of the same seed. This gives us more than double the profit against any other crop or wheat crop which has a minimum support price of INR 2,015 (about USD 25) a quintal."

Yogesh and his other farmer members say that since the potato is a three-month crop, they can get about three to four months to have another short-term crop such as sunflower or mint, before the winter paddy crop. The farmers doing traditional crops – wheat/paddy – can have only two crops a year.

There are 19 FPOs growing potatoes as a major crop with nearly 5,000 farmer members. About 7 IPH are functional, and 12 IPH are likely to come up next year in Ambala, Fatehabad, Kaithal, Kurukshetra, Sirsa, Sonipat and Yamunanagar districts.

This is also besides several other corporations which are involved in contract farming with farmer producers organisations (FPOs) for seed, table, and processing potato production. The area under similar potato ventures is likely to increase to about 5,000 acres next year.
Fuente
Tehelka
¿Te gustaría recibir noticias como esta por correo electrónico? ¡Únete y Suscríbete!
Empresas Relacionadas

McCain has been engaged in agriculture R&D and in development of frozen food market in India since 1998. McCain Foods (India) is a wholly-owned subsidiary of McCain Foods Limited in Canada. 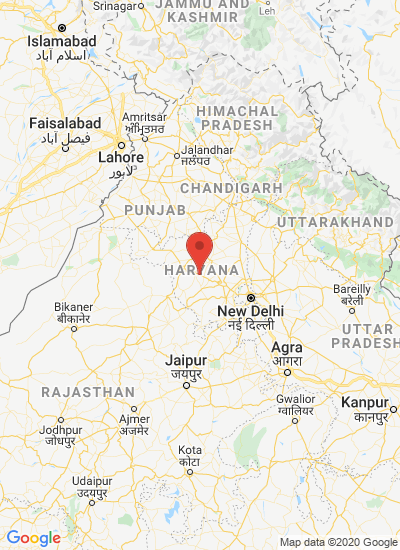