The UK's leading manufacturer of vegetable handling solutions will present its revolutionary new grading machine – the ProSort - to European farmers at Potato Europe 2022.

As well as promoting its new ProSort mobile optical grader, Haith will also be talking about the latest developments in modular washing lines, the ProLine, and Queens Award for Enterprise winning RotaTip box tippler.

Visitors to the event Rittergut Bockerode near Hanover in Germany on the 7th and 8th September will be able to talk to Haith's sales team about its new ProSort system.

Developed by Haith Group and GRIMME UK, the ProSort automates the removal of stone, clod and foreign debris from potatoes and helps growers cope with labour shortages. Featuring a TOMRA 3A optical sorter, the ProSort can handle up to 100 tonnes per hour with high levels of accuracy.

The TOMRA 3A employs Near Infra-Red multi-spectral sensors for an unobstructed assessment of every object 'in flight', seamlessly identifying between potatoes and foreign material.

As well as debris, the 3A's colour sensors can also detect green potatoes, which like the debris, are removed at the end of the conveyor belt by intelligent finger ejectors. As the ProSort is a modular unit, it can be used in the field or on a farm and easily integrated into a new or existing grading line.

"The ProSort has been extremely well received by UK growers, and we expect a similar reaction from visitors to Potato Europe. Haith and GRIMME's innovative combined approach has solved two common problems facing growers today – the need to sort in the field or the farm accurately and quickly and with fewer people. We think visitors to Potato Europe will be very impressed with both the ProSort and our ProLine." 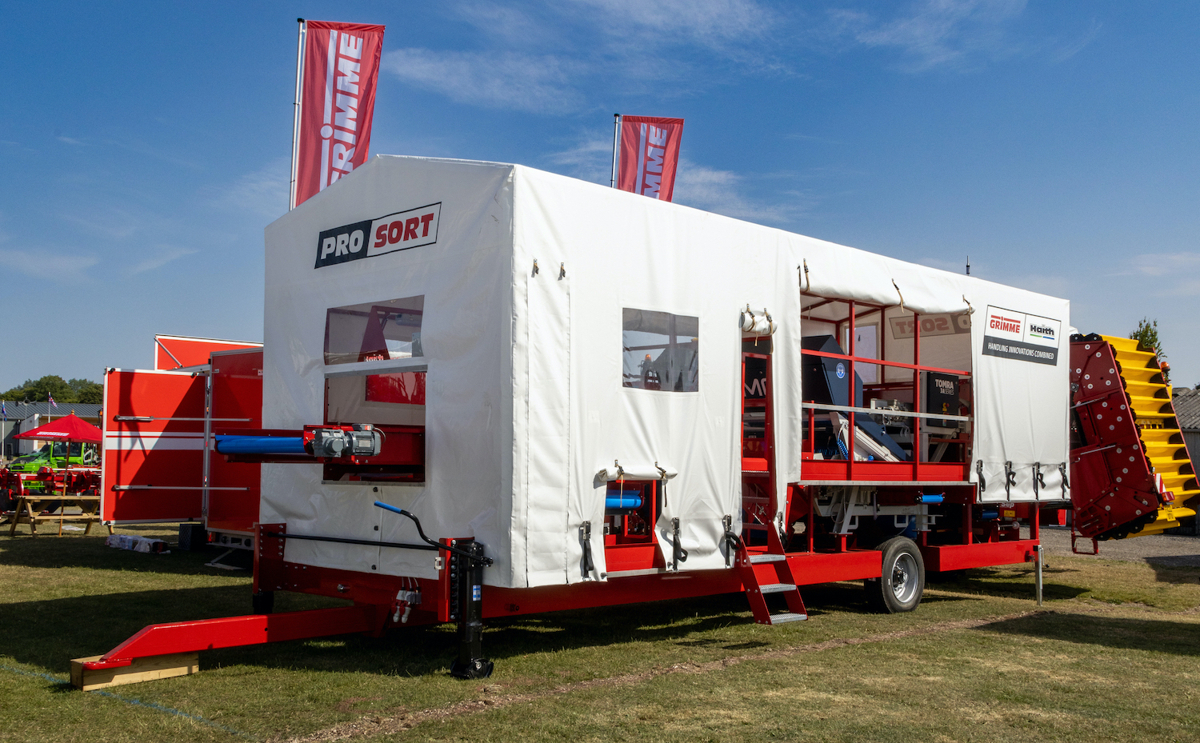 "The ProLine has evolved over several years, in which time we have undertaken some of our largest ever turnkey projects. By working with some of the biggest food producers and packers in the UK and overseas as well as smaller businesses, we have had the opportunity to refine how our individual machines work together."

"The ProLine is a proven approach to delivering the most efficient lines possible while retaining the ability to customise them to suit our customers' precise requirements."

"We are very much looking forward to Potato Europe. We missed it last year and in 2020, so expect it to be a really busy show. It will also be our first overseas exhibition since winning our second Queen's Award for Enterprise in April 2022."

Haith's Rota-Tip Up-Eject was recognised in the Queen's Award for Enterprise in the Innovation category. First manufactured in 2011, the Rota-Tip Up-Eject is trusted by most of the UK's potato packers to transfer produce onto washing, sizing and packing lines.

Haith's Rota-Tip Up-Eject was designed at the request of food packers and processors who experienced oil leaks, high energy use and instability when using traditional hydraulic box tipplers.

Haith innovated the design by replacing the hydraulic motors with all-electric drives, which use less power and prevent oil leaks. Haith also developed a new, safer, and more effective rotating system that can handle larger box volumes than older designs.

Since introducing the Up-Eject system, Haith has sold over 180 machines to most of the UK's leading food suppliers and exported them to Europe, Japan, Israel, Canada and the United States. In the UK, Haith estimates that 95% of the UK's supermarket potato suppliers use the Rota-tip, meaning the award-winning machine will have handled the vast majority of potatoes sold in Britain.

The Rota-Tip Up-Eject is the second Haith machine to receive a Queen's Award for Innovation. The company's RootVeg Polisher was recognised in 2010. To find out more about Haith and its award-winning range of innovative vegetable handling machinery, visit the team at Potato Europe (Exhibition area Z, stand A260). 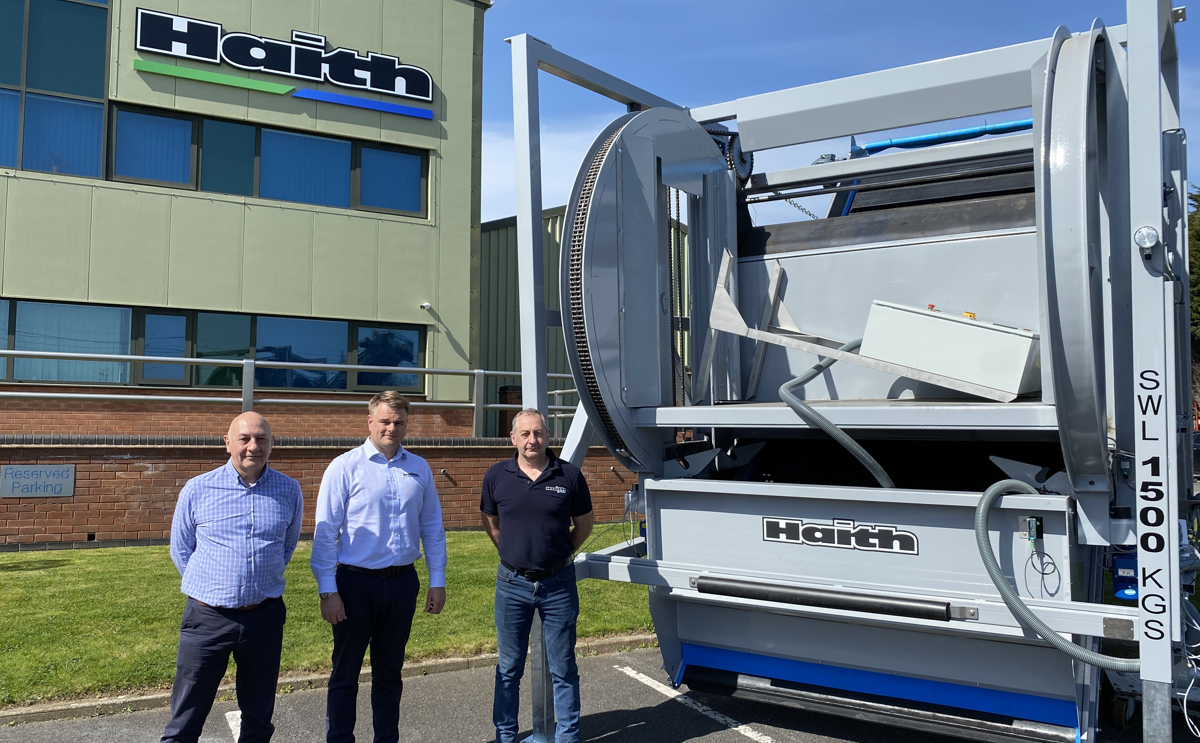 Grimme UK is a sales and service subsidiary of the GRIMME brand, known for its potato, beet, and vegetable technology.