On July 16, farmer Sonam Tshering, 55, from Paro, went down to Phuentsholing with 23 sacks of potato, optimistic of earning a good sum.

He thought of how he would be able to meet the expenses of his two sons, both monks at Ramjam Rinpoche dratshang in Nepal, and take home demanded gifts from his three other sons and a daughter, who have just finished their high school summer break.

But his hopes vanished on the morning of July 17. The auction prices for a quintal (100 kg) of potato, that was Nu 1,150 last year had dropped to Nu 440 this year. He earned Nu 4,000, barely enough to pay his transportation, food and lodging charges.

Like Sonam Tshering, many other farmers from different dzongkhags are having a hard time handling the plumetted auction rates.

“With transportation costs increased, I don’t think there’ll be anything left for us this season,” said Chenzom, 32, another farmer from Paro. “I’ll never grow potato ever again.”

According to records maintained by the auction yard, on July 16 last year, red potato sold at Nu 1,140 and white potato at Nu 820 a quintal. This year it was Nu 640 and Nu 320 respectively.

The senior manager, Sangay Wangdi, of the food corporation Bhutan limited (FCBL), which runs the auction yard, said a bumper potato production in India had cut prices from Nu 8-10 a kg last year to Nu 2.5 a kg at present. “The Indian merchants, who buy the crop, don’t want to risk selling Bhutanese potatoes in India,” he said. “Who’ll buy our potato for Nu 8 a kg when you can buy Indian produce at one fourth the price?”

Reports in the Indian media stated that, because of favourable weather, potato production in the neighbouring Indian state of West Bengal had increased to an all time high of 8.8 million tones, against the state’s consumption of about 4 million tonnes. It also stated that there were 370 potato cold storage units in the state, with each having the capacity of storing 54,000 metric tones (MT).

“Normally, at this time, all the cold storages get emptied and Bhutanese potatoes start flowing into the market,” said a vegetable vendor in Jaigoan.

According to Sangay Wangdi, the total potato production in a season, that goes through the auction yard, comes to around 30,000 MT.

Farmers commented that potato production this year had also declined due to lack of rainfall earlier this year. Last season, from June 1 till July 17, 828.48 MT had been auctioned. This year it was only 415.47 MT.

Rinzin, 40, a farmer from Paro, added that the recent heavy rainfall had also damaged his crop while it was being transported it to the auction yard. “I had 30 sacks but, at the time of the auction, I could only sell around 23 sacks,” he said.

Sangay Wangdi told Kuensel that, initially, the corporation had formed 18 farmer’s associations in Bumthang, Paro, Haa and Chukha dzongkhags to specialize in potato varieties. Through the associations, farmers were also educated on standard packing and grading to fetch better auction prices.

The corporation is also negotiating with big buyers like Pepsi Co and Lays to see if Bhutanese produce meet their requirements. If it goes through, farmers could get a reasonable price for their produce.
Source
Kuensel Online
Like to receive news like this by email? Subscribe!
Related Companies
Frito-Lay North America (FLNA) 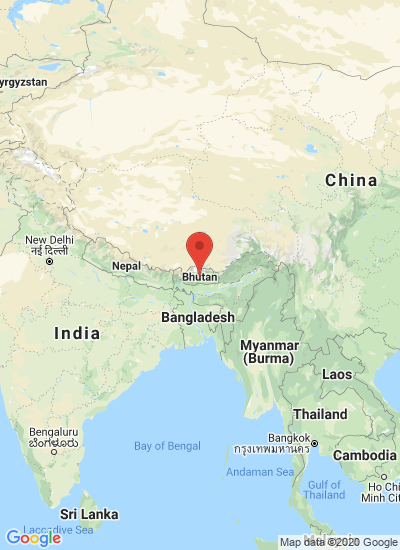