Soil is no longer necessary for growing potatoes, at least for growing seed potatoes. Newco (Potato Technology Transference Company) is undertaking a research project, together with Neiker-Tecnalia (the Basque Institute for Agricultural Research and Development), for producing tubers in air, by means of a novel system known as aeroponics.

What is involved here is a pioneering experience in Spain, given that never before in this country the first generation of seed potatoes has been produced on a large scale by means of aeroponic growth. The system increases productivity, as more than twenty tubers per plant can be obtained instead of the three or four achieved using conventional methods. Moreover, it reduces the rate of soil-based diseases and it is a more sustainable system as it needs lower inputs of water and fertilisers. Furthermore, aeroponics enables providing precisely the amount of both items needed by the plant at each phase of its development.

The aeroponic system of cultivation for the production of first generation seed potatoes is carried out in greenhouses and basically consists of maintaining the roots of the plant in the air and in conditions of total darkness. In order for the plant and the tubers to develop, nutrients are applied to the roots by means of a nebuliser system, whereby nutrient-enriched water is sprayed on them periodically. Roots grow in the air, and this enables a great exposure to air and avoids the contact of the tubers with soil pathogens. Therefore, the production per plant increases considerably. This increase brings the price of the tuber down substantially.

Just at the right moment

One highly outstanding aspect of this system is that the progress of the tubers can be continually controlled, enabling their harvesting at the moment of optimum growth. In the case of first generation seed potatoes, the most appropriate size is considered to be between 20 and 25 millimetres diameter. In this way, a homogeneous production can be achieved – something that is not possible with traditional cultivation, given that all the tubers are harvested at the same time and they do not show the same development or size.

The conventional production method for first generation seed potatoes is based on high-density plantations, in peat substrate and in greenhouses. This kind of production is highly labour intensive and with high costs due to the low numbers of tubers produced per plant (between three and four tuber-seeds). The Newco and Neiker-Tecnalia project aims to implement the aeroponic system for a large-scale production of first generation seed potatoes. This manner of production is pioneering in Spain, although, at an international level, systems of soil-less production (aeroponics and hydroponics) are being opted for, given that they are more sustainable and produce better yields.

The production of seed potatoes throughout all the process follows a specific route map, starting with the in vitro multiplication of plants free of disease. Then, these plants are cultivated to obtain the tuber-seeds or minitubers, which show a high health quality level and are the first generation seeds (prebasic). These minitubers are the starting material for obtaining the basic seed, in its categories SuperElite and Elite. From this basic seed Certificate A seed can be obtained, commonly employed to produce potatoes for consumption.

The picture we have used with this Neiker Tecnalia news release is from the International Potato Center (CIP) in Peru. CIP is also promoting aeroponics as a cost effective way to achieve fast multiplication of high quality seed potatoes.
Source
basqueresearch
Like to receive news like this by email? Join and Subscribe!
Related Companies

Neiker, the Basque Institute for Agricultural Research and Development, is a nonprofit state-owned company assigned to the Department of Environment, Regional Planning, Agriculture, and fisheries of the Basque Government. 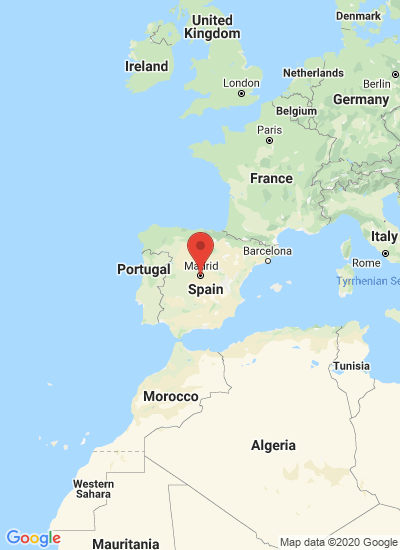