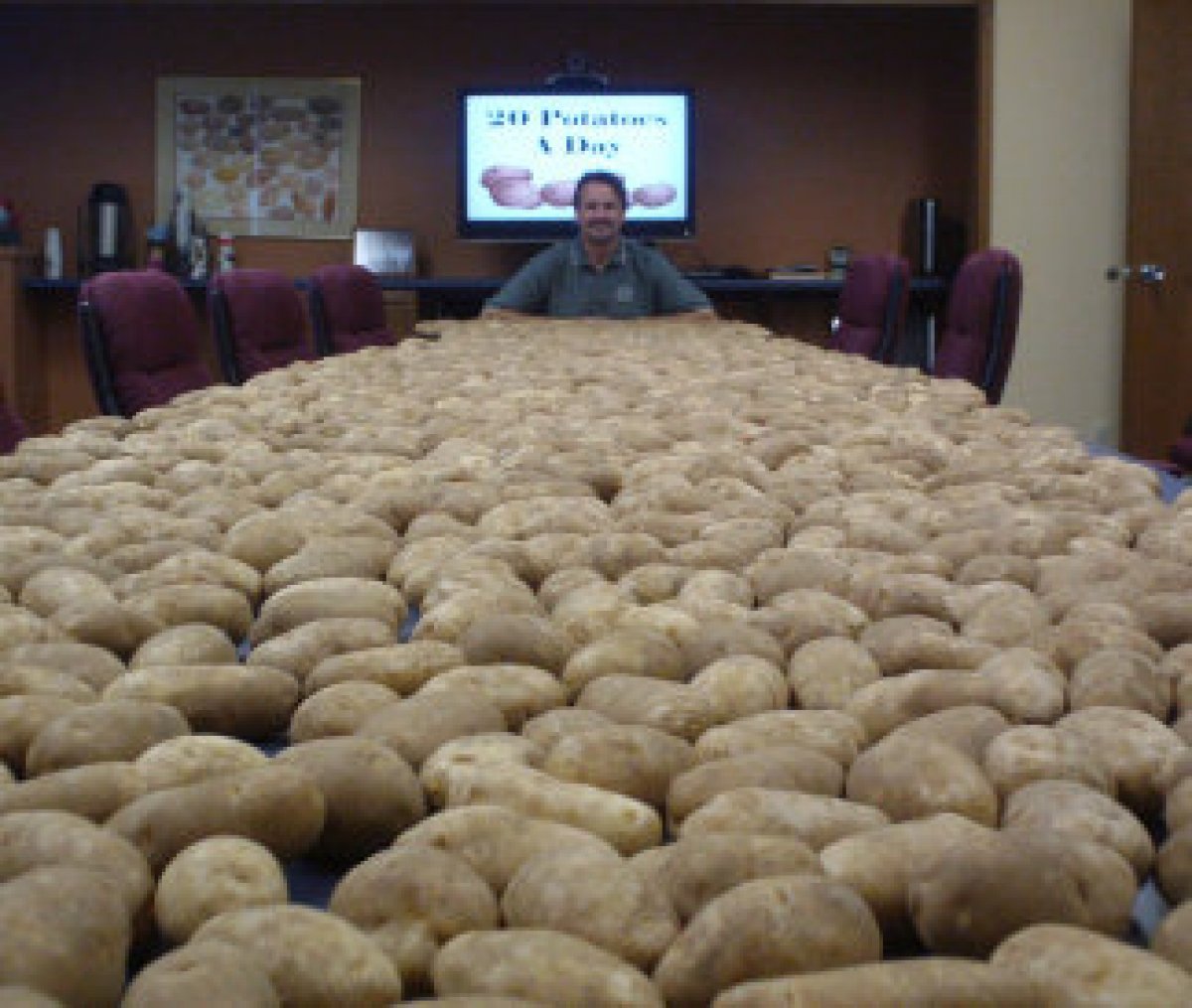 Potato growers are fighting back against efforts to ban or limit potatoes in federal child nutrition programs, arguing the tuber is loaded with potassium and vitamin C and shouldn't be considered junk food.

One Washington man is so exasperated by the proposals that he's in the midst of a 60-day, all potato diet to demonstrate that potatoes are nutritious.
"We're just really concerned that this is a misconception to the public that potatoes aren't healthy,"said Chris Voigt, head of the Washington Potato Commission. "The potato isn't the scourge of the earth. It's nutrition."

Healthy food advocates said they're not anti-potato, but they think children need a greater variety of fruits, vegetables and whole grains to fight a tripling of child obesity rates in the past 30 years.

"The potato is the most common vegetable,"said Diane Pratt-Heavner, spokeswoman for the School Nutrition Association. "My impression is that the goal is to increase the amounts of fruits, vegetables and whole grains. I don't believe anyone is specifically attacking the potato."

With that in mind, the Institute of Medicine, the health arm of the National Academy of Sciences, recommended that the U.S. Department of Agriculture stop participants of the federal Women, Infants and Children program, known as WIC, from buying potatoes with federal dollars. The institute also called for the USDA-backed school lunch program to limit use of potatoes.

Under an interim rule, the USDA agreed to bar WIC participants from buying potatoes with their federal dollars. Potatoes are the only vegetable not allowed. Next year, the agency will roll out a final rule on the WIC program, which last year served 9.3 million children and pregnant and breast-feeding women considered at risk for malnutrition.
Source
Associated Press
Like to receive news like this by email? Join and Subscribe!
Related Companies