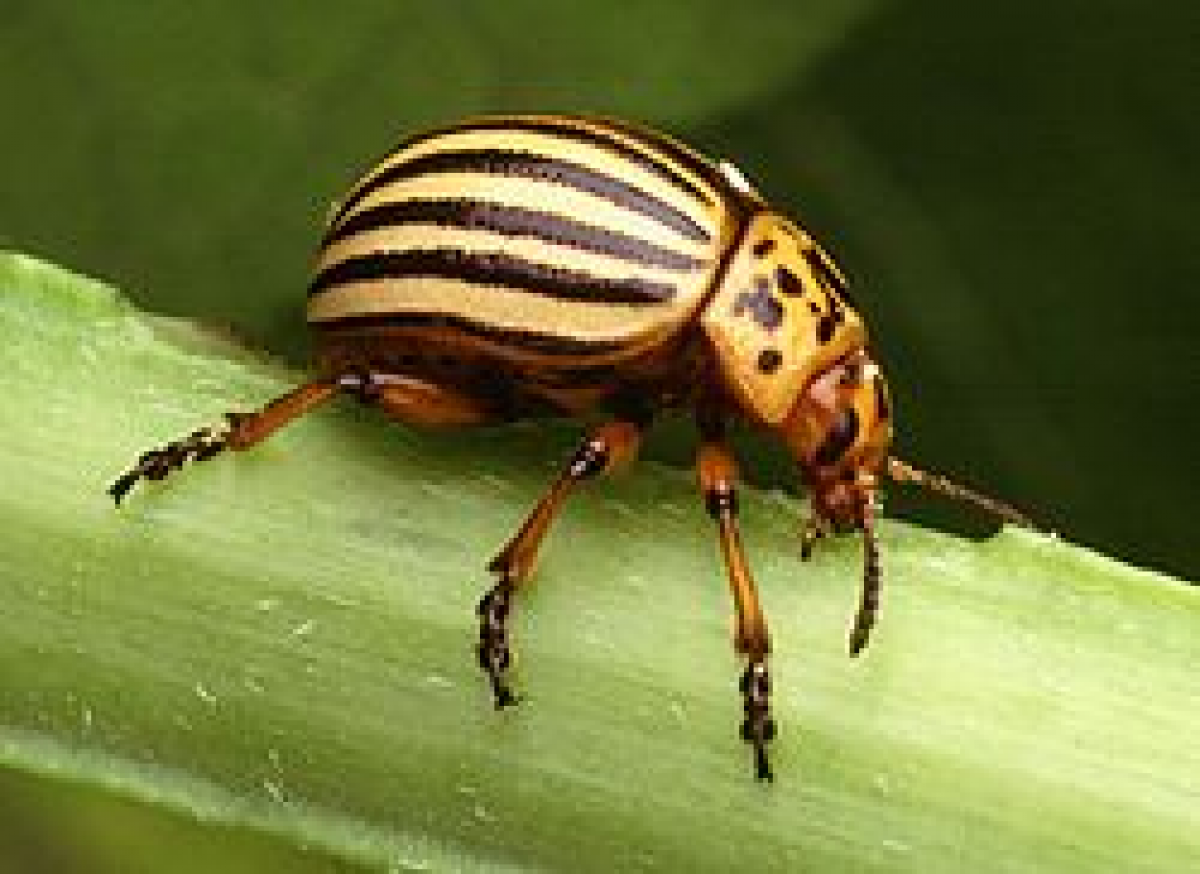 Barcodes may bring to mind the sales tags and scanners found in supermarkets and other stores. But U.S. Department of Agriculture (USDA) scientists are using "DNA barcodes"to monitor insects that damage crops as diverse as wheat, barley and potatoes, and to make pest management decisions.
In DNA barcoding, scientists sequence a designated part of an organism's genome and produce a barcode from it for a systematic comparison with the sequenced DNA of other closely related species. DNA barcodes are being developed on a wide range of plants and animals as part of a global effort to catalogue the diversity of life on Earth.
Matthew Greenstone, an Agricultural Research Service (ARS) entomologist at the agency's Invasive Insect Biocontrol and Behavior Laboratory in Beltsville, Md., is using DNA barcodes in an unconventional way: to identify insect predators best equipped to control the Colorado potato beetle, which is the single most damaging insect pest of potatoes in the Eastern United States.
Numerous studies have analyzed the gut contents of predatory insects to evaluate their ability to control pests in a field. But predators digest prey at different rates, so simple gut analysis is insufficient for accurately comparing the effectiveness of different predators. Greenstone has fine-tuned the approach, using barcodes to come up with a way to factor in how quickly different insects digest prey.
He and his colleagues collected four potato beetle predators, fed them lab-raised potato beetles and determined how long the pest's barcoded DNA could be detected in the predators' guts.
The results, published in the journal Entomologia Experimentalis et Applicata, show the importance of taking digestive rates into account when evaluating insect predators as biocontrol agents. They also may provide guidance to growers on the most effective control strategies for combating a voracious pest.
Related Companies
ARS (Agricultural Research Service, USDA)