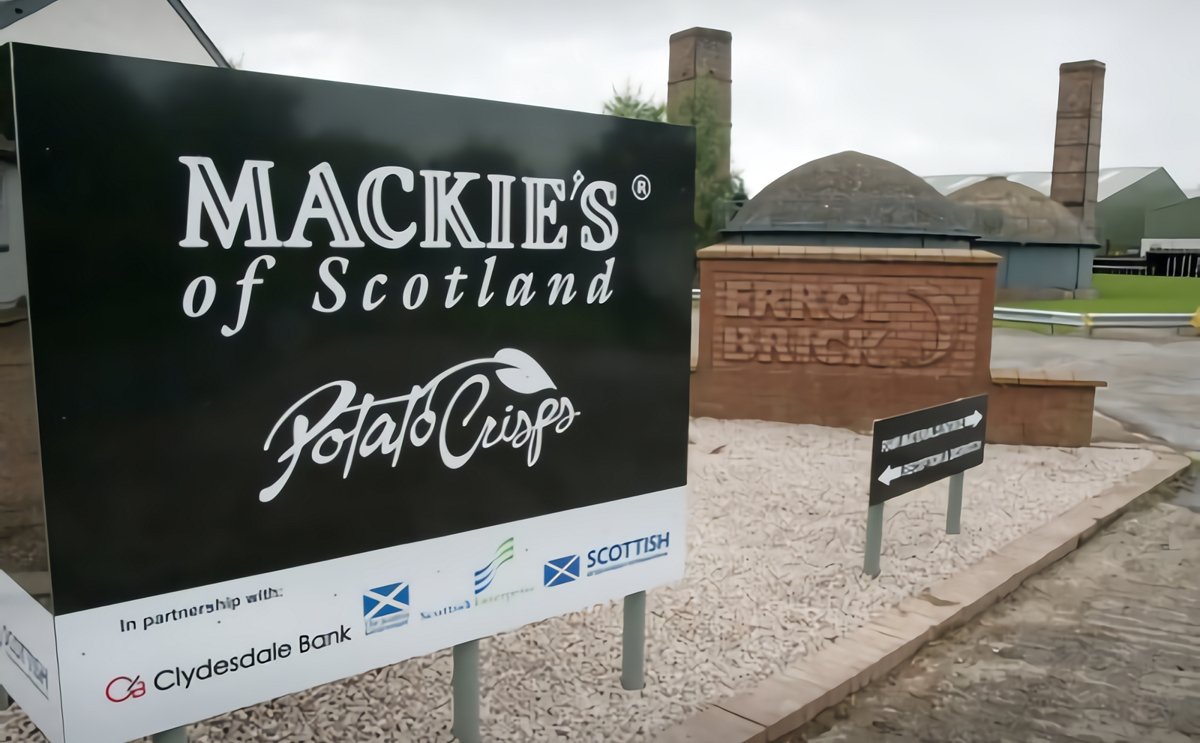 Mackie’s Crisps hosted almost 200 hundred guests at the opening of their new crisp factory in Errol, Perthshire earlier this month.

The facility was officially opened on Friday 9th August by John Swinney, MSP for Perthshire North/ Cabinet Secretary for Finance, Employment and Sustainable Growth. The opening ceremony included speeches by John Swinney, George Taylor, Mackie’s Crisps’ Managing Director, and George’s father, Russell Taylor, who is company Chairman. These were followed by the unveiling of a commemorative plaque, then tours of the factory and a barbecue. Mackie’s Crisps and Mackie’s Ice Cream were, of course, on the menu too.

The new crisp factory is located at Inchcoonans in Errol, which was previously Errol Brickworks. The Brickworks dates back 150 years and there is evidence to show that, even prior to that, it was a clay works of some sort, dating all the way back to Roman times. The site features two Beehive kilns, which are the only remaining examples of their kind in Scotland. These are scheduled by Historic Scotland and have remained key features next to the new crisp facility.

Mackie’s Crisps were previously produced in Inchture, Perthshire, but rapid growth in both UK and overseas markets prompted the company to seek larger premises. The company, which is a joint venture between Taylors Food Group and Mackie’s of Scotland, has listings with all the major retailers in Scotland as well as a national listing with Asda. Export business is also soaring, with the crisps now available in over 20 countries around the world.

The new factory at Errol is around double the size of the previous location and the site extends to 11 acres, allowing plenty room for expansion. Immediately, production will more than double, with the number of 150g bags produced rising from 96,000 to 201,000 during a single shift. Increasing production will also create a number of new jobs.

The site has been developed with the assistance of a grant from the Scottish Government and a substantial funding package from Clydesdale Bank’s Business and Private Banking Centre in Perth.

Within the next two years the company plans to open a visitor centre, which will allow visitors to view the crisp factory from a gantry.

George Taylor, Managing Director, said: “It is our intention to tell the story of the brickworks and its evolution into a crisp factory, which we are sure will become a very popular Scottish destination.

“This is a very exciting time for our business and with the opening of the new production site we have a stable platform for further growth and NPD strategies for many years to come.”

Mackies of Scotland
Where