Foreign Object Removal in Potato Processing: TOMRA 5A removes OVER 98% after washing and peeling 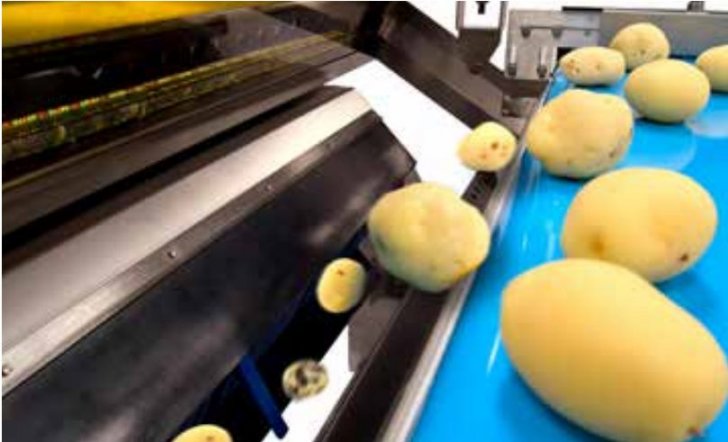 The TOMRA 5A’s advanced detection capability is combined with the company’s Smart rejection technology to significantly increase the range of foreign objects that can be removed, leading to the more than 98 percent removal rate.

With worldwide demand for potato products continuing to grow, TOMRA Sorting Food is supporting potato processors by launching an enhanced sorting solution which removes more than 98 percent of all typical foreign objects found in product streams after washing and peeling.

The global leader in food sorting systems has evolved its TOMRA 5A sorter to enable processors to gain maximum commercial benefit from an international potato processing market predicted to grow from US$22.74bn in 2016 to US$30.85bn by 2022 (according to Potato Processing Market – Global Forecast to 2022 by MarketsandMarkets).

The TOMRA 5A’s advanced detection capability is combined with the company’s Smart rejection technology to significantly increase the range of foreign objects that can be removed, leading to the more than 98 percent removal rate. These include heavy and floating stones, corn cobs and roots, wood, glass, plastics, golf balls and metals as well as many others.

This technology also ensures the food safety of the whole potato along the entire processing line. In addition, it dramatically reduces the risk of foreign objects damaging cutting equipment or otherwise contributing to a line stoppage.

Due to its advanced analytical capabilities and on-the-fly responsiveness, TOMRA ACT enables operators to remove defective product after either washing or peeling. By being able to manage the defect level at these points along the line, processors can improve both yields and profits.

By employing two reject exits, the TOMRA 5A can also help remove produce for rework, which may have typically been sent to waste. Once removed, it can be redressed and then reintroduced on the normal processing line.

The sorter’s first reject exit allows for foreign objects and unusable product to be removed from the food processing line. The second exit enables the removal of defective produce which may still be usable to be reworked which, in turn, significantly increases recovery.

Thanks to the way the TOMRA 5A collates and analyzes real-time data, it is also able to check its operational capability and monitor its ongoing performance to ensure it is delivering optimal sorting and removal rates. If the TOMRA 5A detects any issues, either at initialization or when running, it will alert the plant so that the processor can resolve the situation quickly and efficiently.

“We have worked in close partnership with potato processors for decades, so we have gained an understanding of the demands of the processing businesses and the international markets in which they operate. The predicted continued growth in the global potato processing market presents both challenges and opportunities for processors.”

“With food safety standards rightly continuing to rise, and food waste still a significant global issue, our response in the shape of the evolved TOMRA 5A lets potato processors address those factors and gain the best possible return from the anticipated growth of the market.”

“Our enhanced TOMRA 5A sorter comprehensively addresses the challenge of foreign object removal as early as possible in the processing line, whilst also delivering improved efficiencies and greater yields. All of this translates to higher added value for our TOMRA 5A customers.”