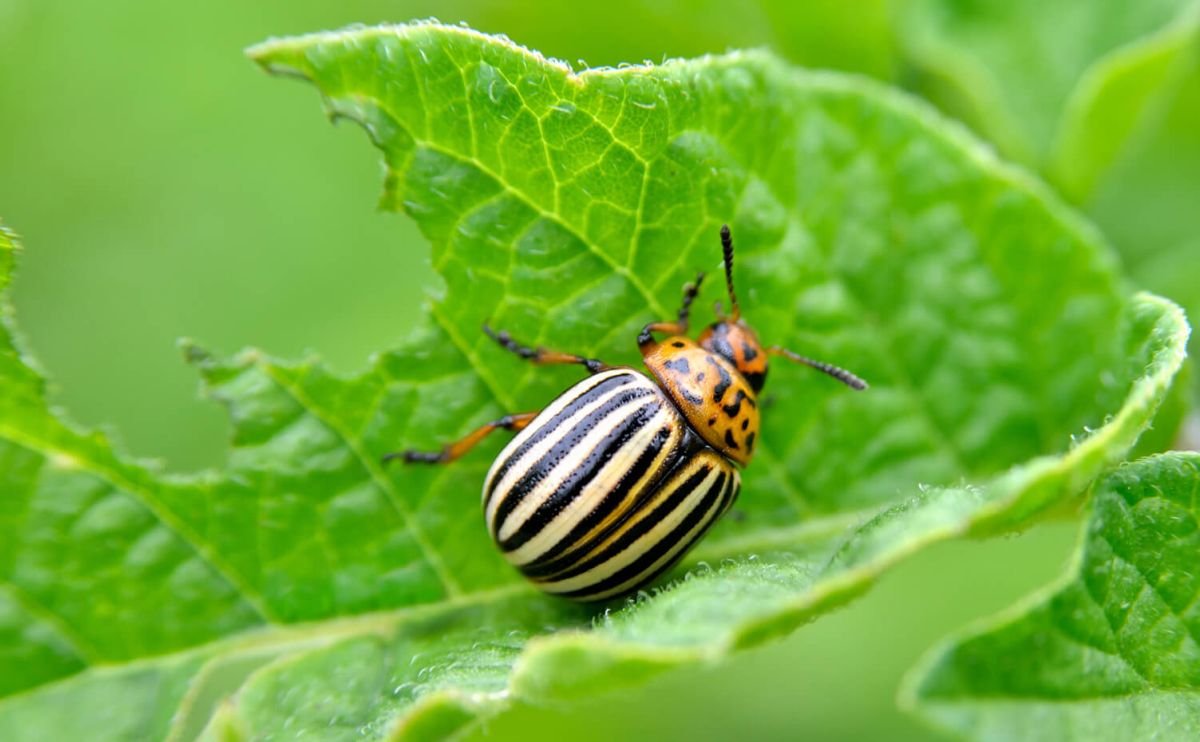 That’s a big problem for farmers in Maine where the 2016 potato harvest was valued at more than $142 million.

UMaine scientists Everett Booth, Andrei Alyokhin and Sarah Pinatti observed that in a laboratory, Colorado potato beetles faced with starvation, crowding and no opportunity to disperse ate beetle eggs, young beetles, injured beetles and other adults, particularly those who had just molted and were soft.

Alyokhin, an entomologist and director of the School of Biology and Ecology, says even when Colorado potato beetles were given a choice between other adult beetles and mealworms, they ate their own species.

The cannibalistic behavior might decrease in fields, though, as beetles facing difficult circumstances could disperse, he says.

During periods of limited food availability, Alyokhin says engaging in cannibalism is a “lifeboat strategy”— it prolongs survival and prevents population extinctions.

The researchers say Colorado potato beetle cannibals get an immediate benefit — a meal without investing a lot of search time.

Sequential crop rotation can interrupt the life cycles and habitat of the potato beetles.

And push-pull strategies introduce stimuli to make potato plants unattractive and simultaneously lure them toward an attractive source, where they concentrate and can more easily be destroyed.

Alyokhin works at UMaine on the Orono campus and at Aroostook Farm, a 425-acre experiential research facility in Presque Isle.

The team’s findings are in the article “Adult cannibalism in an oligophagous herbivore, the Colorado potato beetle” published in April 2017 by Insect Science.
doi/10.1111/1744-7917.12286
Booth, who earned his master’s degree in entomology at UMaine, went on to work at the United States Department of Agriculture’s Animal and Plant Health Inspection Service, Center for Plant Health Science and Technology in Buzzards Bay, Massachusetts.

Pinatti took part in the research as an undergraduate student working on a capstone project for her bachelor’s degree in biology.
Source
University of Maine
Related Companies
University of Maine (Cooperative Extension Potato program)