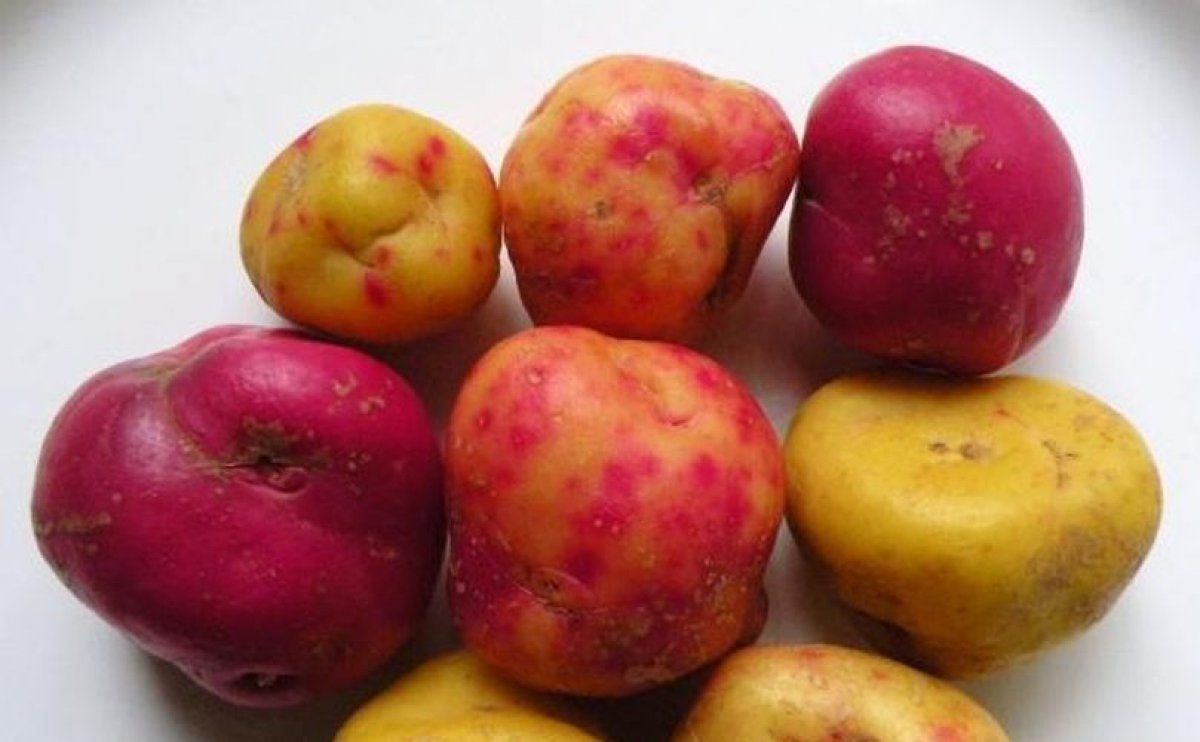 Ulluco (Ullucus tuberosus) is an Andean root tuber in the family Basellaceae. It originates in South America, and is found in Argentina, Bolivia, Chile, Colombia, Ecuador, Peru and Venezuela.

There are many varieties of ulluco, which produce vividly coloured tubers. These tubers are edible and are widely consumed in the Andean region, second only to potato.

Following an investigation by the Animal and Plant Health Agency earlier this year, it has been confirmed that ulluco tubers imported into the UK from a number of different sources were infected by harmful viruses, highlighting that there is uncertainty about the disease status of this crop in general.

Ulluco can be legally imported from outside the EU with a phytosanitary certificate and has not previously been associated with plant health issues, however while there remains a significant degree of uncertainty over the general disease status of this crop, we recommend that it should not be imported or grown in the future.

At this stage, the risks to commercial crops is low and Defra is issuing biosecurity advice on a precautionary basis, pending further assessment and any future decisions on import controls.

The advice is intended to be practical and provide realistic options, for those who have already imported or grown ulluco, or who intend to do so, which if followed will keep the risk of spreading any infection to a minimum.

If ulluco is currently being grown or stored, we advise the following to prevent the spread of the above viruses: