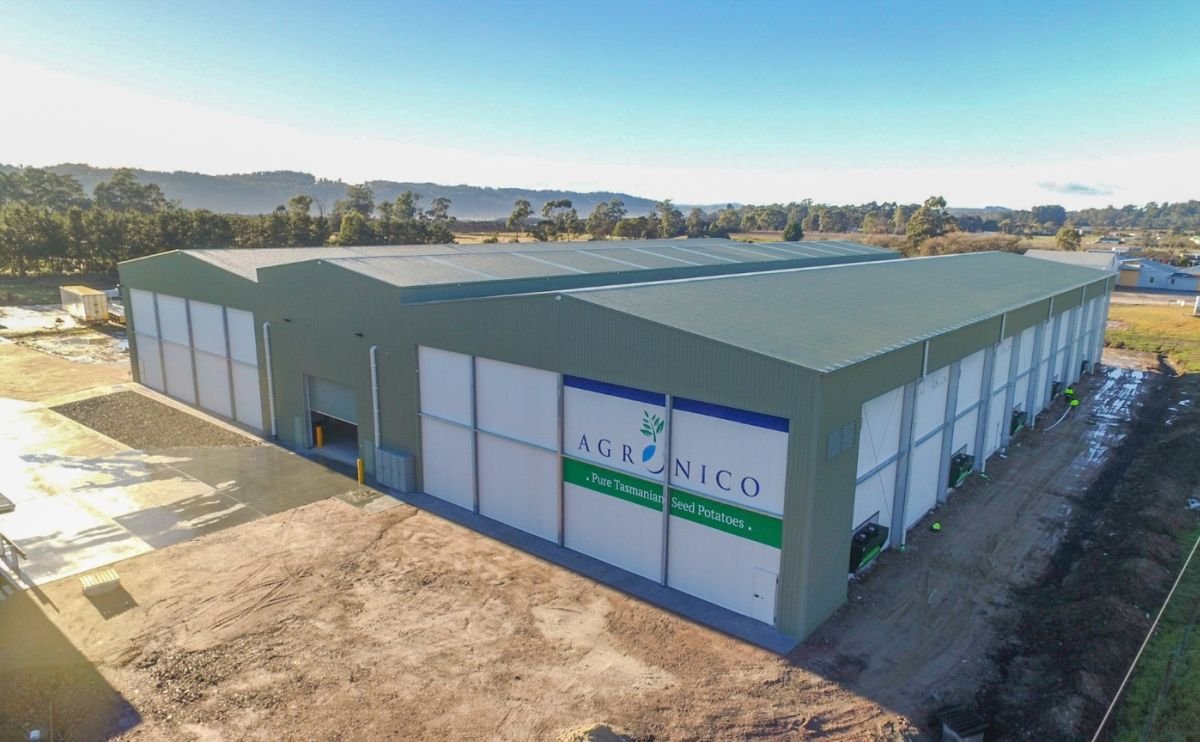 After 6 months building (and over 8 years in planning) Agronico has opened its new seed potato storage in Spreyton, Tasmania.

Over 60 customers, farmers and partners attended the grand opening of the state of the art storage facility that was built by Bison Contractors and Tolsma Grisnich.

The coolstore will provide Agronico with its own storage facilities and is designed to provide better customer service and support, and enhance the companies growth strategy.

For customers, Agronico's seed potatoes will be better because they can be stored and moved around less; the yields and end product will be superior: Potatoes will come directly from the fields to grading and then to the coolstore where temperature, carbon dioxide levels and humidity will be monitored 24/7 and where the seed potatoes will be held at optimum levels. The new store maximises the opportunity to supply high quality seed, vital for high yield and therefore valuable for the farmers.

Agronico plans to continue to invest in infrastructure to support and maximise their capabilities as a leading and vertically integrated supplier of quality seed potatoes in Australia.

Agronico owner Julian Shaw describes in the Weekly Times how he started the business in 1985 and how persistence has paid off: nowadays Agronico is one of Australia’s biggest seed-potato producers and the only one using hydroponic mini tuber production.

The company has 150 potato varieties in its collection and produces about 28 commercially.

All new varieties are imported as tissue cultures that must be grown out over about four generations before they can be used for commercial production.

“No one was doing it, but I knew if we could get it right there were some big advantages.”

“It took about eight years, we just had someone working on it all the time.”

While they had perfected the growing system, Mr Shaw said the returns for mini-tuber production were minimal so the company then expanded into growing seed potatoes. 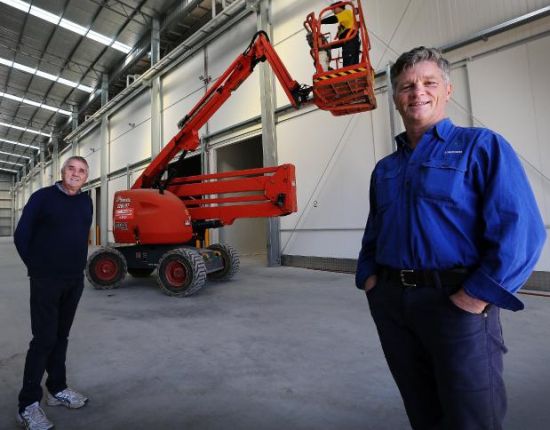 It sells seed potatoes in Tasmania and to customers in Victoria, NSW, South Australia and as far north as the Atherton Tablelands in Queensland.

These can then be trialled to find out if they are suitable for the Australian market and growing conditions.

The process of growing out each variety from tissue culture to good amounts of commercial seed out takes about four and a half years.

“We’ve already invested a lot of time into them before they actually go back to the client so it’s a long process.”

Benefits of the new Storage facility

Demand is increasing and to keep up the new storage facility was built. There are plans to double production to about 20,000 tonnes in the next three years.

Previously the potatoes were stored off site from the company’s grading and cutting factory.

Mr Graham said the new facility would eliminate about 500 truck movements a year. It has capacity to store about 8000 tonnes of potatoes.

Efficiency during harvest time will be improved with the addition of two unloading ramps and bins. Mr Graham said this would be particularly helpful when weather conditions make harvesting more challenging.

The storage shed has 10 sections of 800 tonnes each. Specially designed aeration systems allow fresh air to be circulated through each section.

A large drive-through corridor down the centre means trucks can be loaded under cover if needed.

The storage shed is right next to the company’s grading and cutting lines, which will improve efficiency.

How to grow the best seed potatoes

Mr Graham said the company only grew seed potatoes in fields that have not grown potatoes previously.

Sites can also be tested for viruses to prevent possible disease issues.

Mr Graham said while sourcing new ground every year could be challenging, the expansion of irrigation schemes was opening up new areas.

However, Mr Graham said they aimed to produce as many as possible of the smaller round seed potatoes, which do not require cutting.

“A lot of our mainland customers just want round seed because if you try to plant cut seed up there where it’s warmer they will just rot.”

Cutting season is now getting into full swing with many crops soon to be planted.

The company is currently sending out seed for mainland Australia crops, which are planted earlier than those in Tasmania.

While the company has been focused on the Australian market, Mr Graham said there was also huge potential for international exports.

“Scotland is a good example of how successful the seed industry can be.”

“They’re a small county but they produce about 300,000 tonnes of seed potatoes a year.”

Tolsma-Grisnich is a Dutch specialist in intelligent storage technology and the company is renowned for automating and optimising the processing of agricultural products.
Read More
Agronico