An example of a potato affected by potato wart disease (Synchytrium endobioticum). This disease is also referred to as black scab or potato canker. (Courtesy: Swedish Board of Agriculture)

Georgia’s Ministry of Environment Protection and Agriculture stated that they have banned potato imports from Turkey until July, 2018 to eliminate the spread of 'potato canker' on Georgian territory.

The relevant decree was signed by the Georgian Prime Minister, Giorgi Kvirikashvli.

The Minister of Environmental Protection and Agriculture of Georgia, Levan Davitashvili, stated that prohibition of potato imports from Turkey for several months is a temporary sanitary measure.

Levan Davitashvili, Minister of Environmental Protection and Agriculture of Georgia:

“This is a sanitary measure which is relevant to the International Convention on Plant Protection and the Georgian legislation.”

Davitashvili explained that Georgian farmers are planting potatoes now, and they need maximum protection from the state, in order to avoid potato diseases and produce a plentiful harvest, like last year.

Levan Davitashvili, when visiting Georgia's southern town of Akhalkalaki in 2017:

“This year we reached about 250,000 tonnes of potato production and we can say that the demands of the Georgian population are fully satisfied with Georgian production. Thus we reduced dependence on import as the country has 100 percent self-sufficiency.”

Potato canker or potato wart disease is a disease, caused by a soil-borne fungus, Synchytrium endobioticum. It is an obligate parasite, which does not produce mycelium but an abundance of dissemination sporangia which are responsible for tumor formation on underground potatoes.
Source
Georgia Today
Like to receive news like this by email? Join and Subscribe! 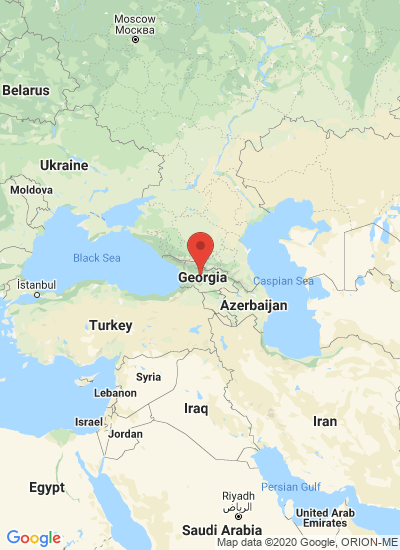