Dutch grocery chain Albert Heyn is introducing a total overhaul of its potato display. At first glance, it may not look that different, but look closer - and you will notice that it is bold and in some aspects truly revolutionary...

Starting next week, shoppers at the Dutch grocery chain Albert Heyn will find a completely new set up of the potato display.

New segmentation, new products and packaging concepts and informative labels - all intended to make it easier for the consumer to make the right pick from an abundance of choice.

The total overhaul is the result of a joint effort of the grocery chain and its potato suppliers: Nedato and Leo de Kock. Its objective: enable the Dutch to rediscover the potato...

The Netherlands is a potato country. Not only do the Dutch export a lot of potatoes all over the world, they love to eat potatoes themselves as well, about three to four times each week. But the way potatoes are consumed is changing and consumers are looking for more variation. The new Albert Heyn potato display fits in this development.

Albert Heyn has shown a long term commitment to its potato suppliers Leo de Kock - a subsidiary of Agrico - and Nedato who both supply potatoes to the grocery chain for many years. Together with them, the new set-up was developed and packaging was changed to make the potatoes stand out more.

The most important changes (and as PotatoPro we recommend this as a mandatory case study for everyone who is involved in displaying potatoes in retail - either as a grocery chain, potato supplier or packaging manufacturer - because what's on display here - pun intended -, goes well beyond everything I have seen anywhere else):

This month, Albert Heyn highlights the potato also in Allerhande - a magazine distributed by Albert Heyn among its shoppers (and quite in demand!).

The magazine offers lots of tips on potato preparation as well as recipes for surprising potato dishes: How about French Fries with Truffels and Parmesan, or Indian style endive mash... 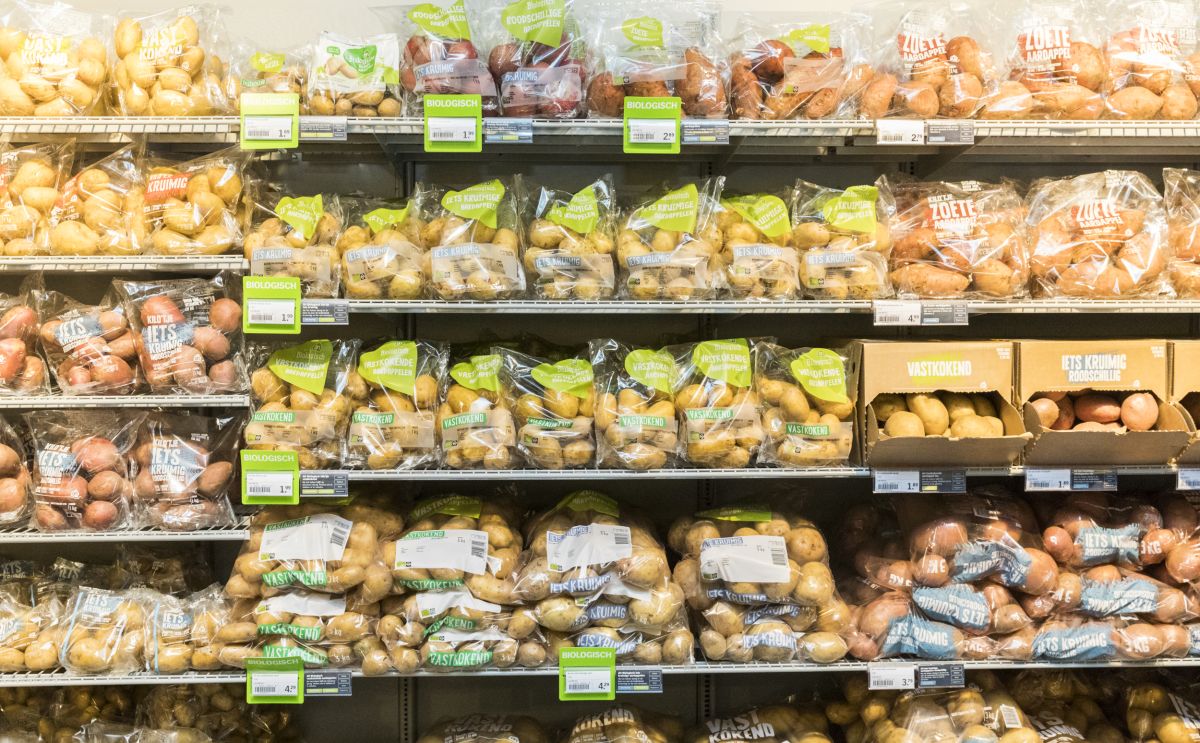 All potatoes are sold in special UV-blocking transparent foil, so the consumer can easily see the product. Most packaging sizes are also quite small.
Alternatively, the consumer can pick individual potatoes from the special boxes on the right, at an easy height. 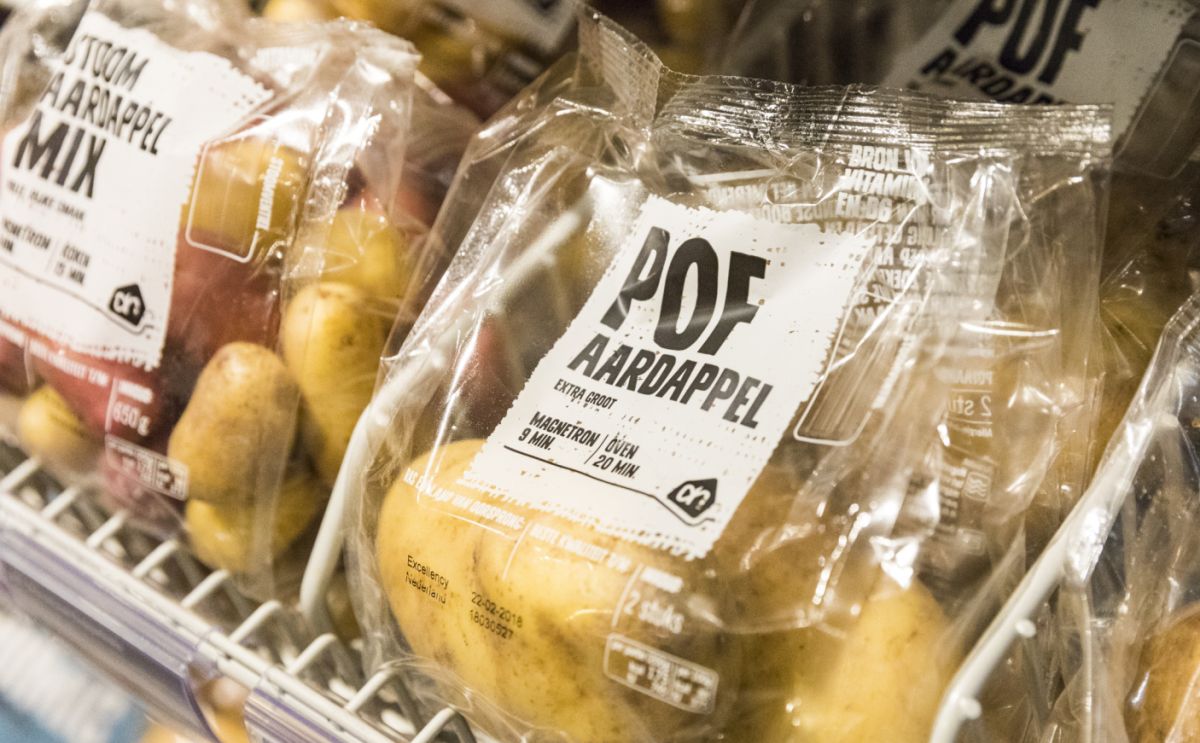 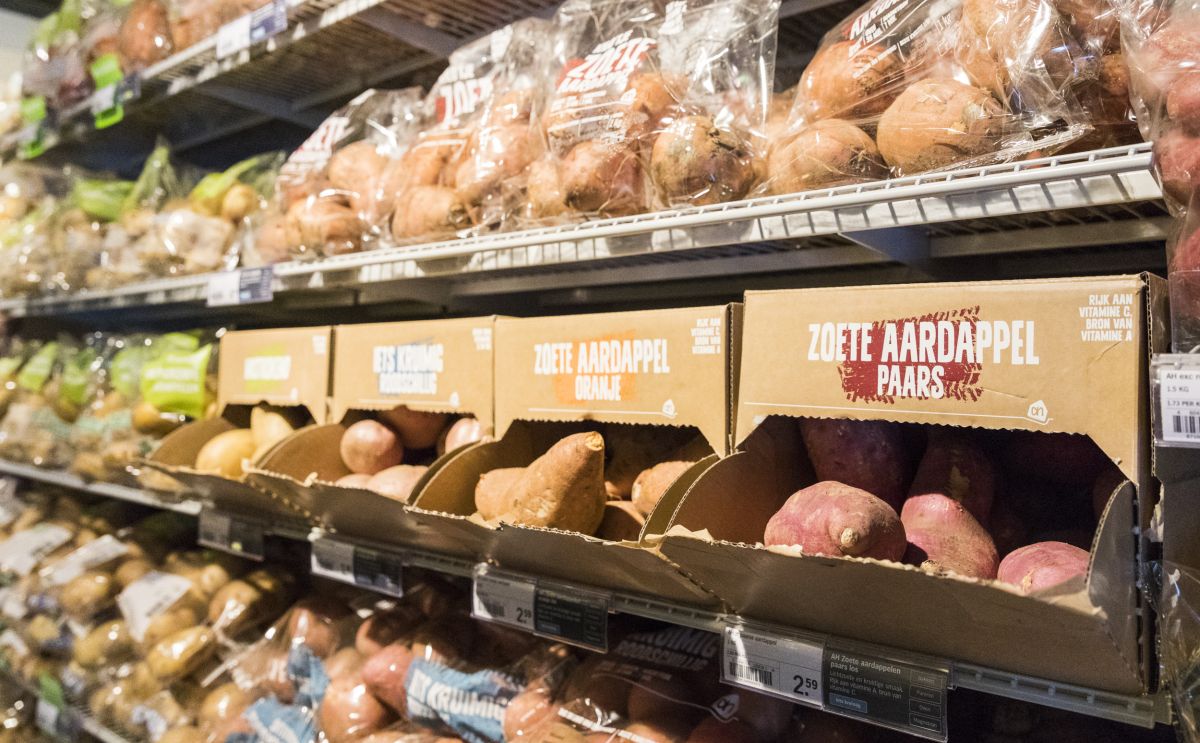 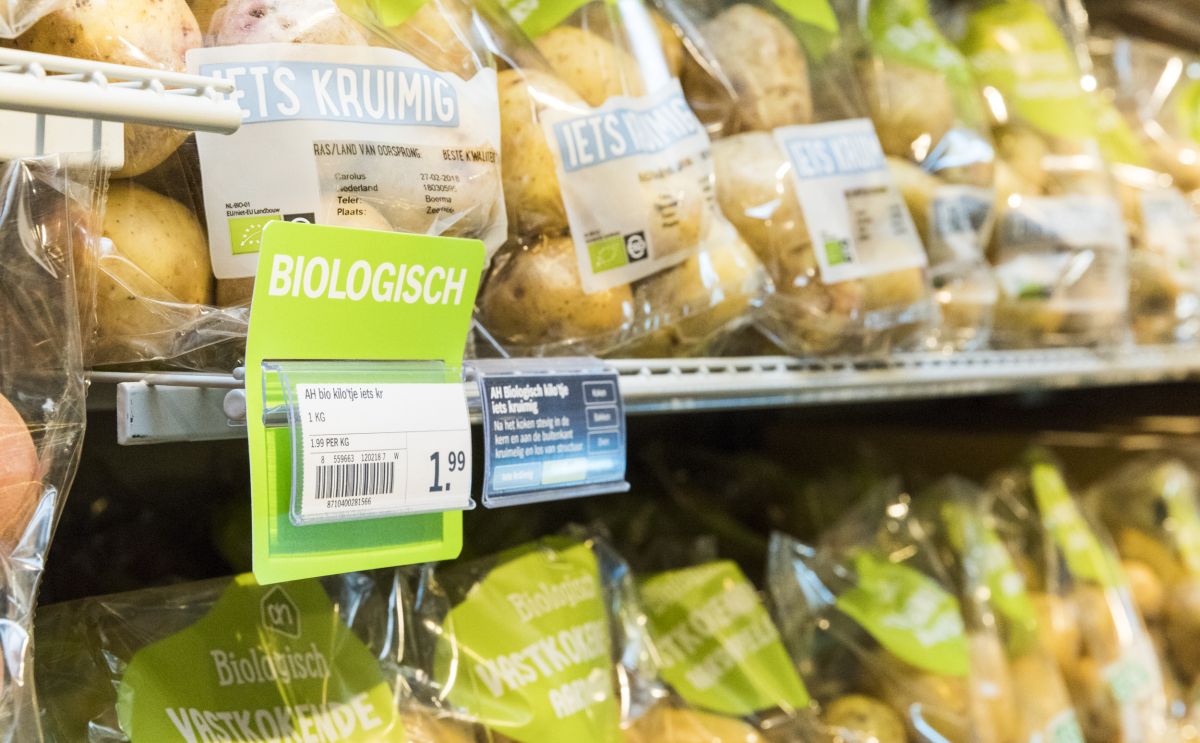 More Organic potatoes. This shows also details of the information that is offered.
Note that on the label the individual grower is listed 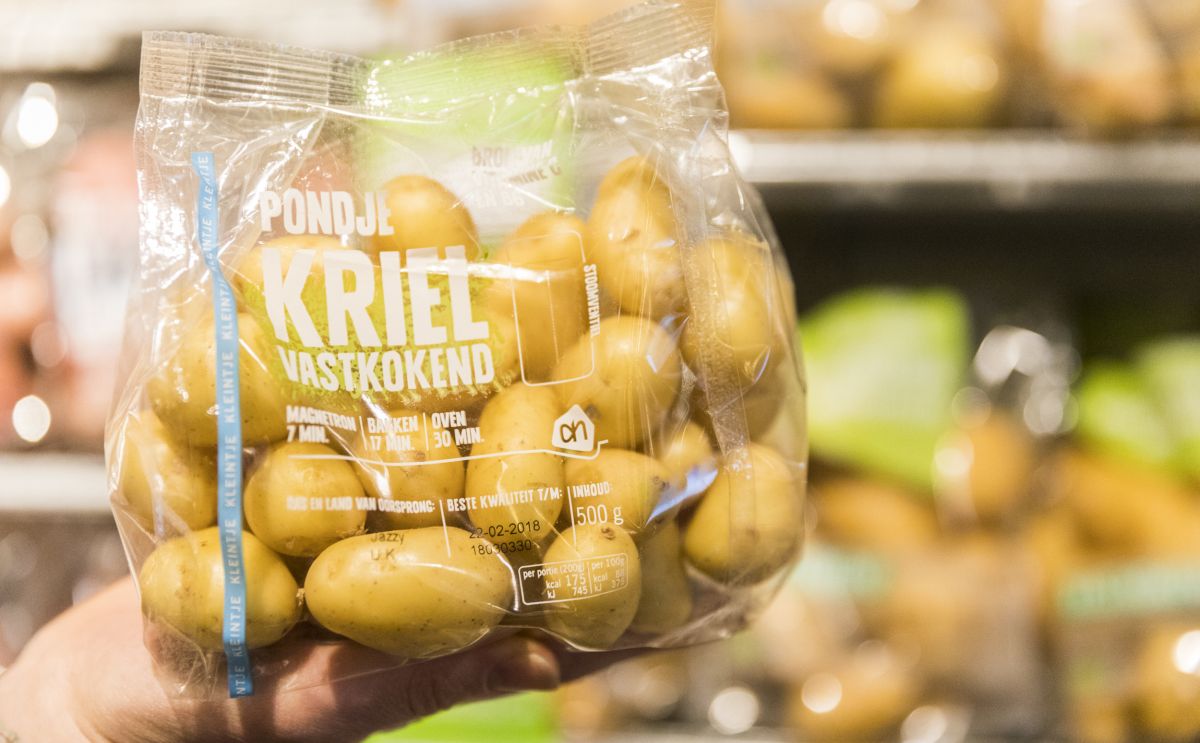 Potatoes especially packed for preparation in the microwave (500g) 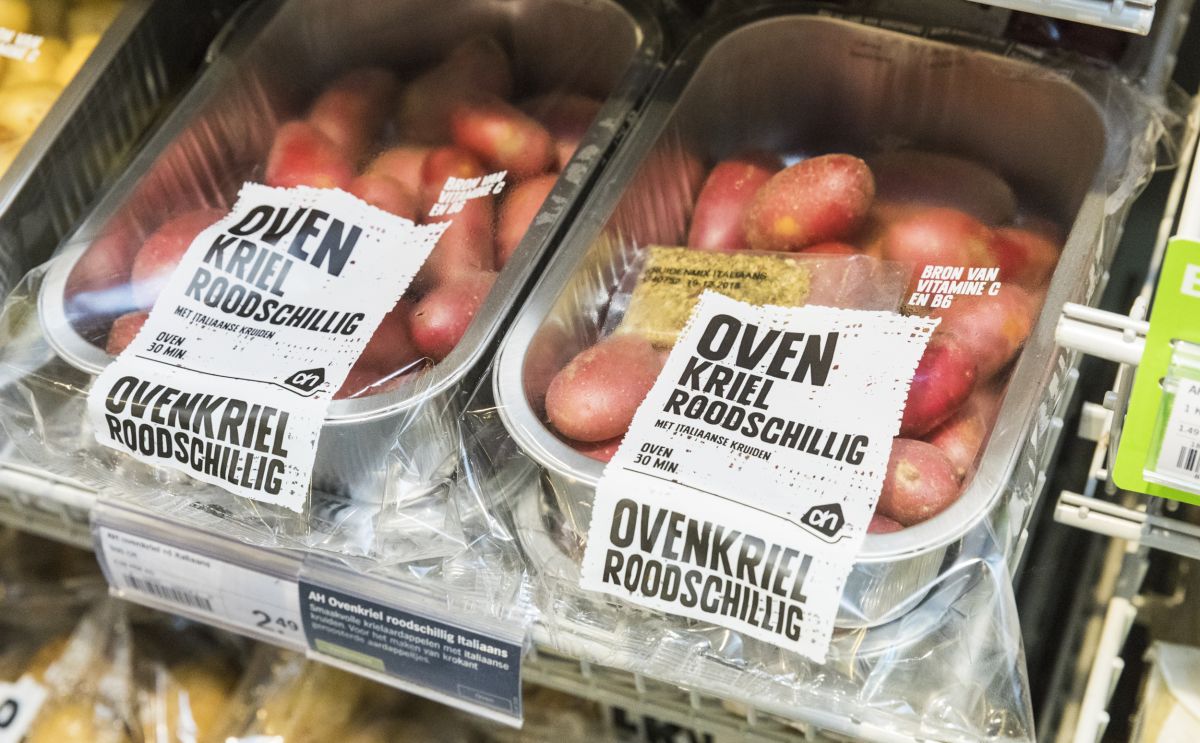 Potatoes especially packed for preparation in the oven