Could a Polish shortfall benefit the UK packing market? 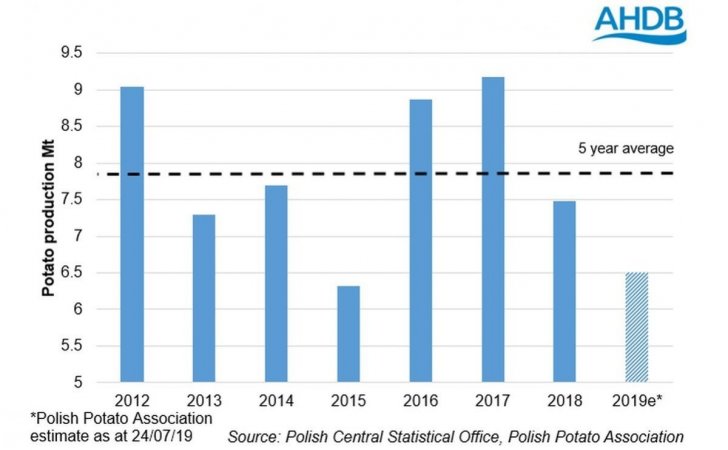 A strong demand for fresh packing supplies from Eastern Europe helped provide support to the packing market in the latter half of the 2018/19 season. With shortfalls looking likely in several European countries, could we see this happen again?

The competitive pricing of Scottish potatoes last season (2018/19) meant that UK exporters were able to out-compete traditional suppliers to the region. In July-May, UK fresh exports to Poland (14.8Kt) have doubled from average and those to the Czech Republic (5.6Kt) have tripled.

In a typical year, Polish import activity gets into full swing from March onwards, with the majority of potatoes sourced from Germany (c.30%) and France (c.10%).

Last season the continental tightness allowed the UK to seize a bigger piece of the pie, making up 20% of total Polish imports so far (July-April).

This year, as a result of the ongoing hot temperatures and drought, production in Poland and the Czech Republic is likely to fall significantly below average again this season.

Over 90% of the Czech Republic remains in drought with 23% of the country classified as being in extreme drought, which will have a detrimental effect on yields.

Poland also looks to have severe shortfalls in production this season with current estimates of c.6.5Mt, a 1Mt drop from last season and 18% below the five year average.

Germany, Poland’s main supplier of fresh potatoes, has suffered over the past few months due to the heat and lack of rain. The recent rainfall and lower temperatures appear to have done little to help out German growers and the potato crop.

Soil moisture levels in Germany remain low and much of lower Saxony, a key growing region, is in severe to extreme drought. This means that Germany is likely to have reduced export potential.

Seeing as both Czech and Polish demand are likely to be strong this season, any shortfall in German supplies may benefit other suppliers. Based on historical trends these suppliers are likely to be either the UK or France.

Given this, there is only so far that GB prices will be able to fall this season, relative to French and German prices, before they become competitive into Polish markets. This will likely set a floor for the market post-Christmas if demand for exports picks up.

There have already been reports of early packing varieties heading over from the UK to Poland, with high local prices incentivising imports. This being said, it is likely that demand will tail off as Poland’s maincrop is lifted, and pick up again later in the season as availability reduces.

The spanner in the works could be Brexit. In the event of a no-deal, the UK will be unable to export into Europe. The UK will need Brussels to determine that our phytosanitary regulations fit within the European framework and the timeframe for this is unknown.

Equally should this be resolved any resultant tariff (11.5%) may be too steep a price for UK potatoes to remain competitive into these price sensitive markets.
Source
AHDB Potatoes
Like to receive news like this by email? Join and Subscribe!
Related Companies 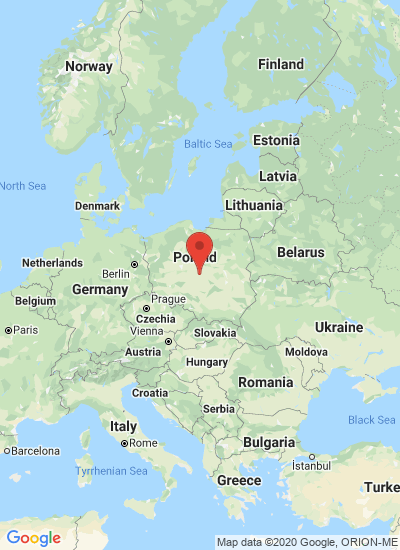