Sonier says the board's seed committee came up with the name, Red Fox, because of its potential for marketing as the Island's red potato.
The new Red Fox potato variety has a very P.E.I. name —and is also a first in the history of the Prince Edward Island Potato Board.

The Potato Board purchased the rights to the new variety from the Agriculture and Agri-Food Canada breeding program in Fredericton, N.B., and is now bringing it to the commercial market.

Mary Kay Sonier, seed co-ordinator with the potato board:

"This is the first time that the board has worked with a new potato variety right from scratch. Through a bid process, we gained access to commercialize the variety."

Sonier said the bid was a nominal amount, around CAD 200. 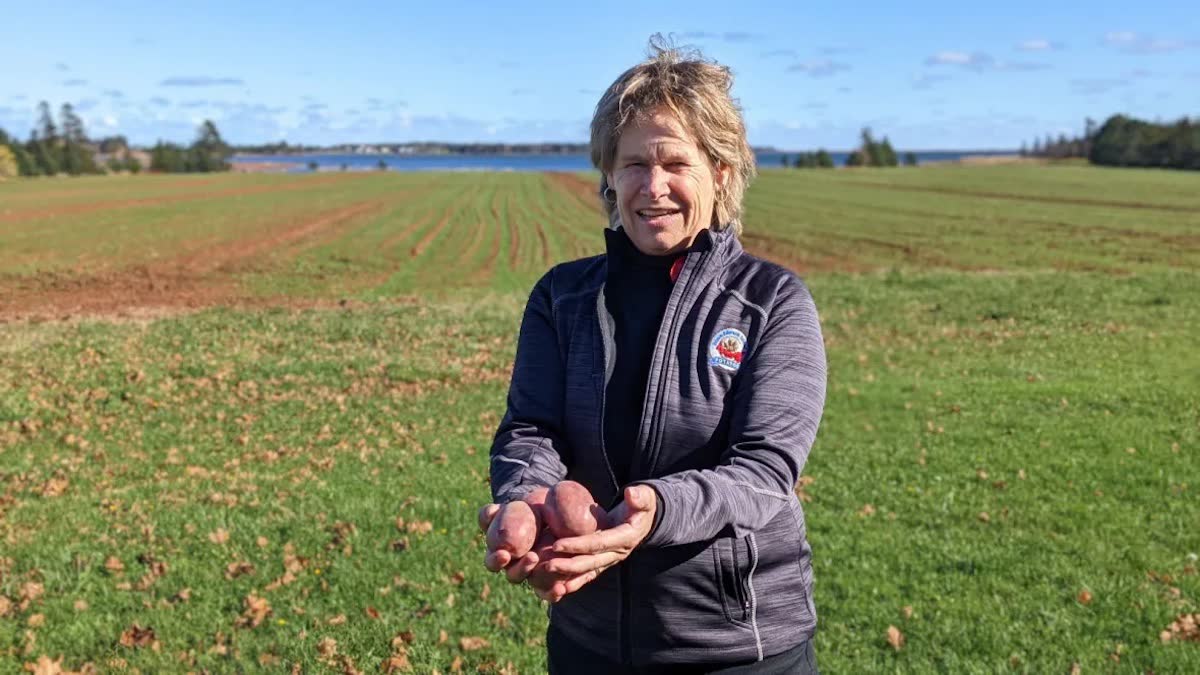 Sonier said the potato board has operated the Fox Island Elite Seed Potato Farm since 1962, and grows both public and private varieties.

"Norland, which is one of our standards for red potato production, is a public variety, an old variety, so there's no paperwork associated with growing it."

"We produce the privately-owned varieties on contract, with the agent, or the variety owner."

Taking it to market

In the case of the Red Fox variety, the P.E.I. Potato Board will be the one owning the rights.

"We'll have to pay some of the royalties back to the breeder, of course, because that is the incentive for breeding new potato varieties."

"We'll be the middleman, collecting the royalties and submitting them." 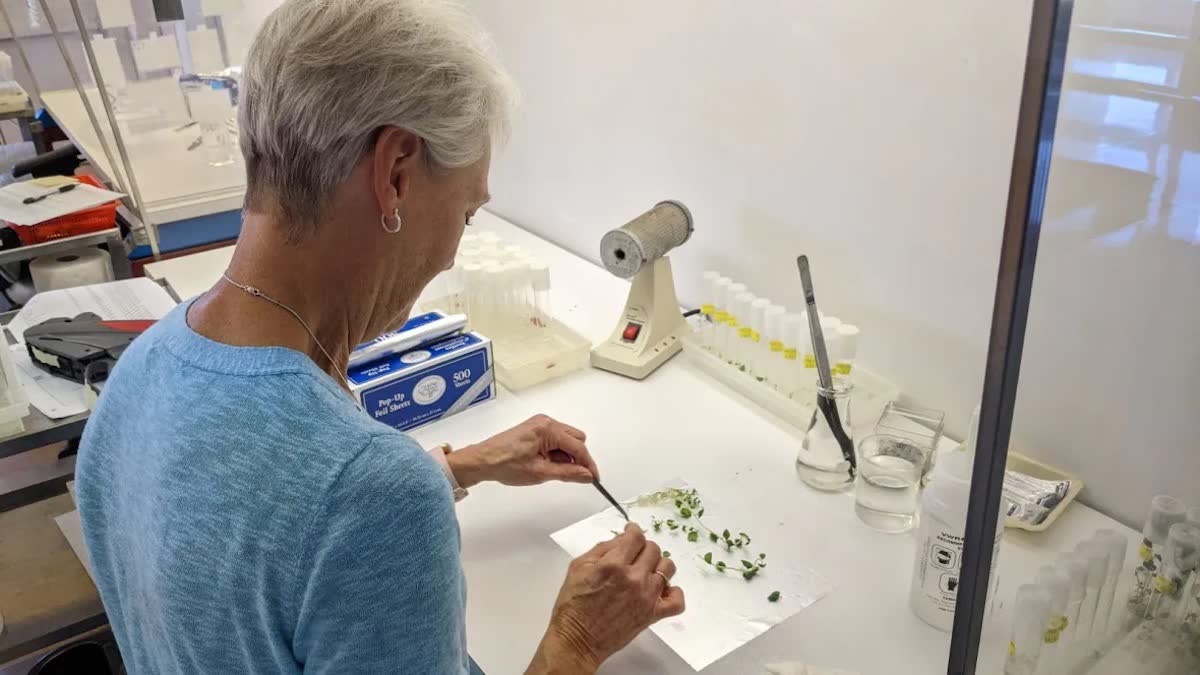 Sonier says the Red Fox was propagated in the lab and then grown in greenhouses to mini-tubers, and then taken to field production

Sonier said the variety now known as the Red Fox had been on the board's radar for several years before the bid.

She said they grew the variety for several years, both on P.E.I. and at several locations in the U.S., trying to mimic different global areas.

"We were attracted to this by the skin, by the type. It also seemed to have very good yield potential in some different environmental areas. In our taste tests, it's done all right, and it seemed to compare very favourably with the standards."

Sonier said the choice of a red skin potato was also strategic.

"A lot of people are working in the russet area or in the yellow flesh area. There don't seem to be as quite as many options in the red, although that increases every year."

"Plus we ship red potatoes to the table market and on the export market." 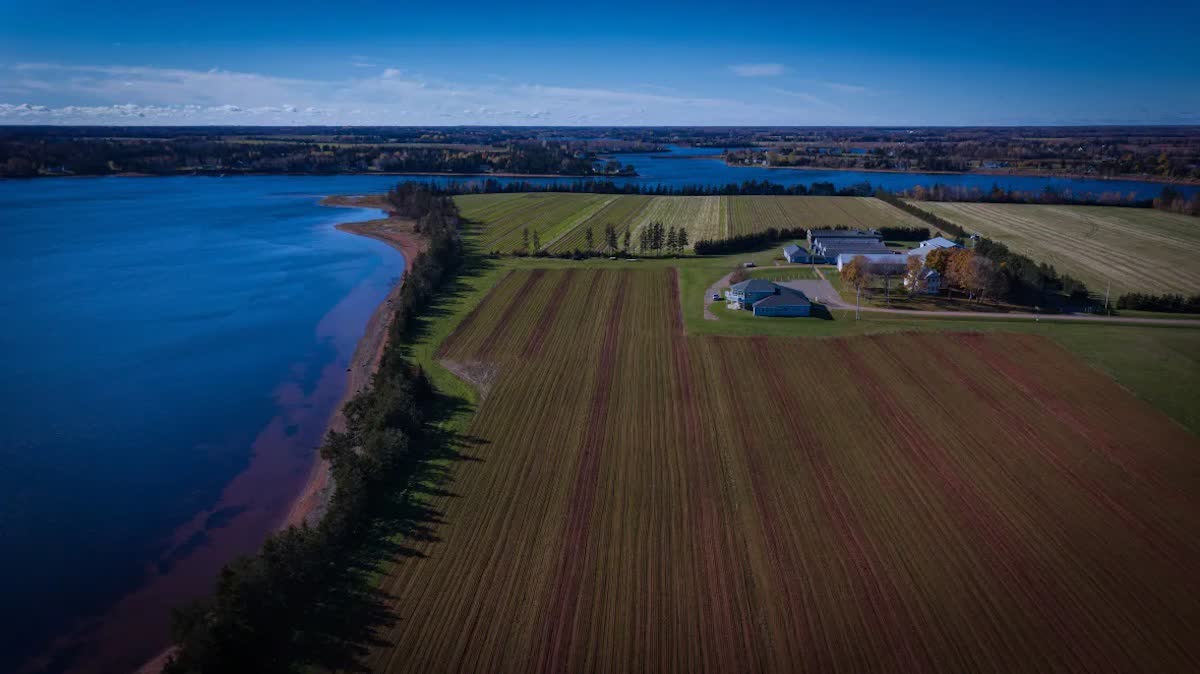 Sonier said the board's seed committee came up with the name, Red Fox, because of its potential for marketing as the Island's red potato.

"They thought that the Red Fox would show well, and would help people identify this variety with the Island." 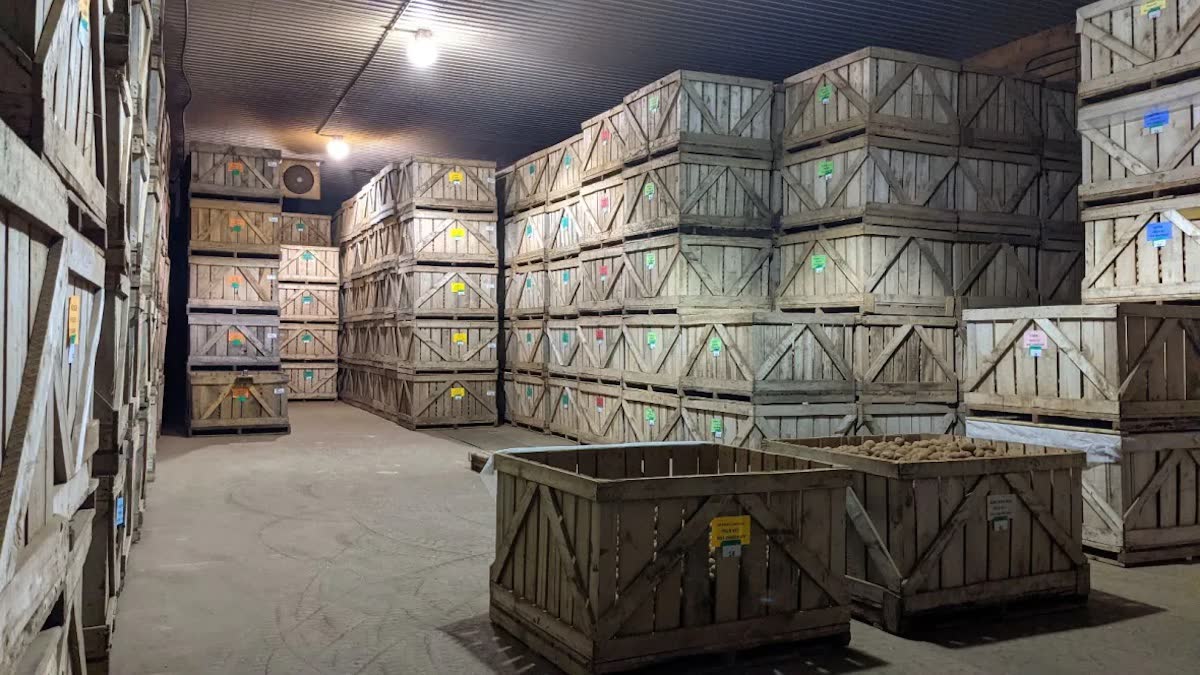 The Red Fox potatoes are now in storage along with the other varieties grown at Fox Island.

John Visser from Victoria Potato Farm grew about half an acre of the Red Fox variety in one of his fields in Victoria by the Sea.

He said he has tried hundreds of varieties of potatoes over the years. 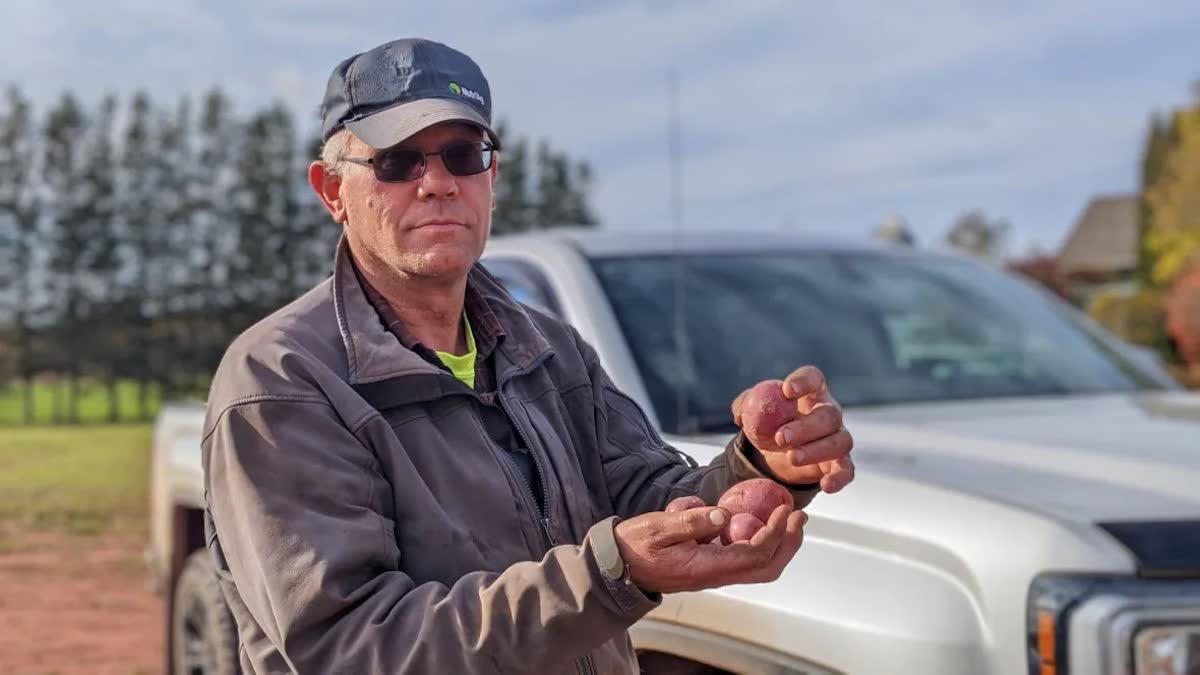 John Visser from Victoria Potato Farm grew about half an acre of the Red Fox variety in one of his fields in Victoria by the Sea.

"We've always tried different varieties, and you're always looking for the next one that's going to be better. We thought we'd try it."

"It seemed to be a nice, bright round red."

"We've got red soil and there's all kinds of foxes in this area. So I think it's a good idea." 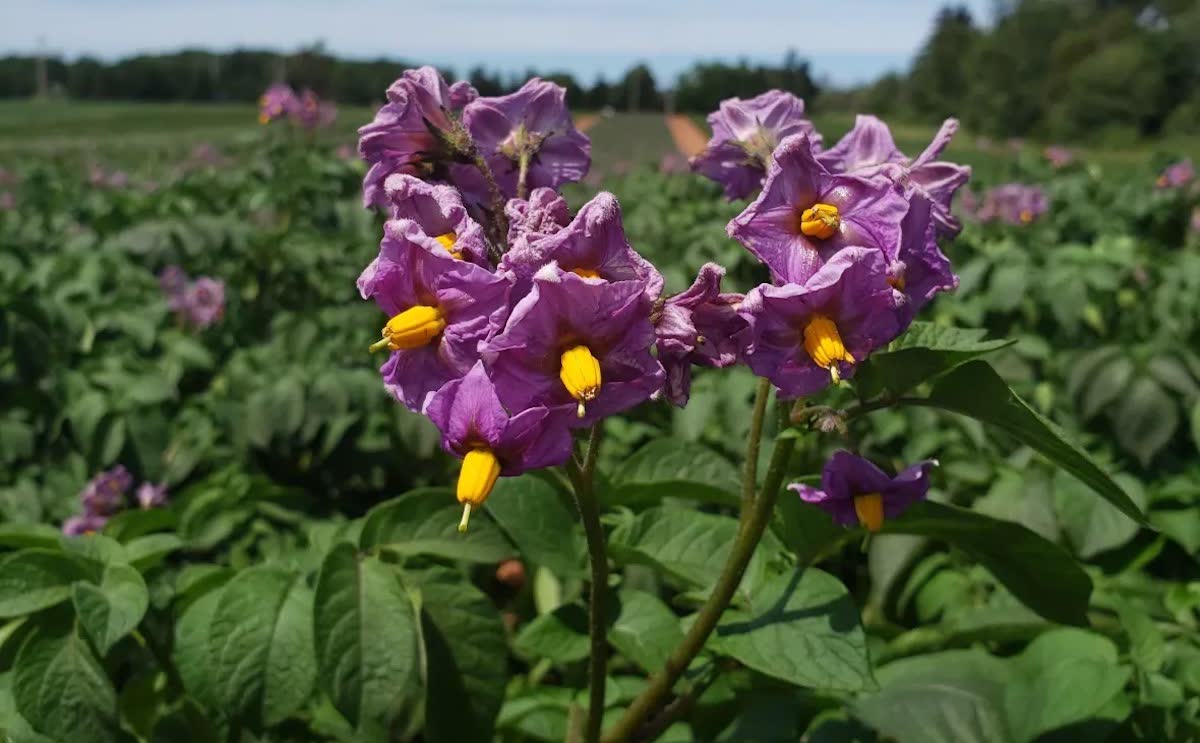 Sonier says they grew the variety for several years, both on P.E.I. and at several locations in the U.S., trying to mimic different global areas

Sonier said there has already been more than a decade of research invested in the Red Fox variety, before it even got to the potato board.

"The breeders who are developing these new varieties, they say it's like one in ten thousand, to narrow it down to one that's going to make it commercially." 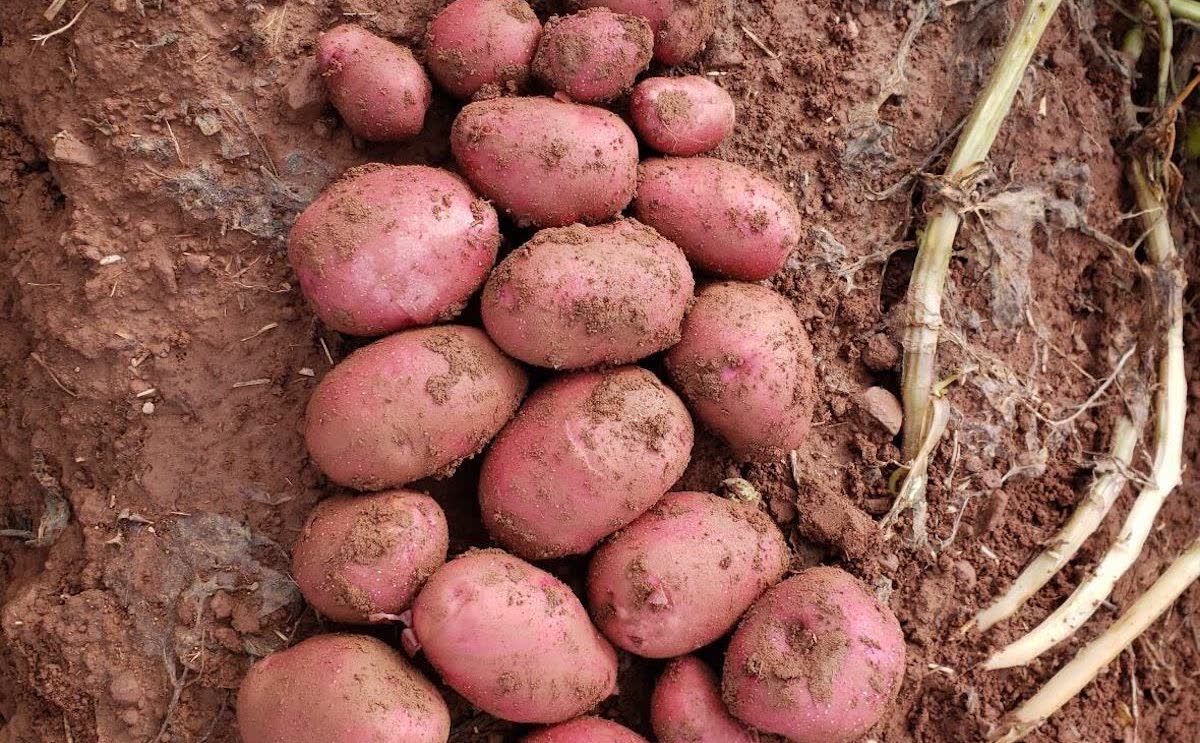 Sonier says the choice of a red potato was strategic.

Sonier said it will still be a few more years to see if the Red Fox will be a success.

"People have to sign licensing agreements, they have to pay royalties, so new varieties have to show their worth to growers, to make that extra paperwork and money worthwhile."

"New varieties are always a gamble. You never know once you get to that stage, if they're going to take off. So this will just be a good test for us."

Agriculture and Agri-food Canada
Where 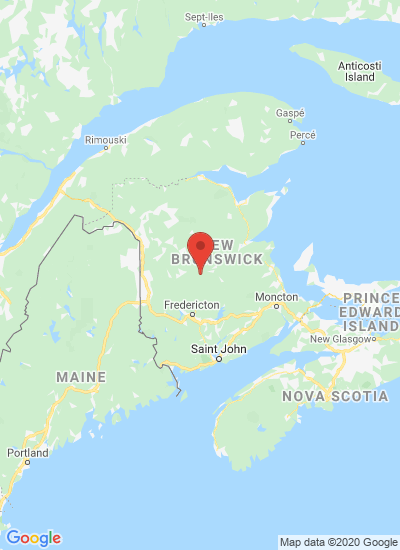