During its last meeting on November 9, 2022, the NEPG estimates that global potato production 2022 in the NEPG zone (EU-04) will be down by 6 % compared to last year.

Rains in September helped a good deal of the potato fields to make additional tons late September - beginning of October. Total production is higher than expected, but there are big regional differences, with zones in the North of the Netherlands with very good yields (due to more rainfall, and also widespread irrigation).

In zones of West and North of Germany yields are mainly on average. Zones in some parts of Belgium and even more in France had very disappointing yields. In these zones some farmers will not be able to deliver the totality of their contracts.
(Click to enlarge) 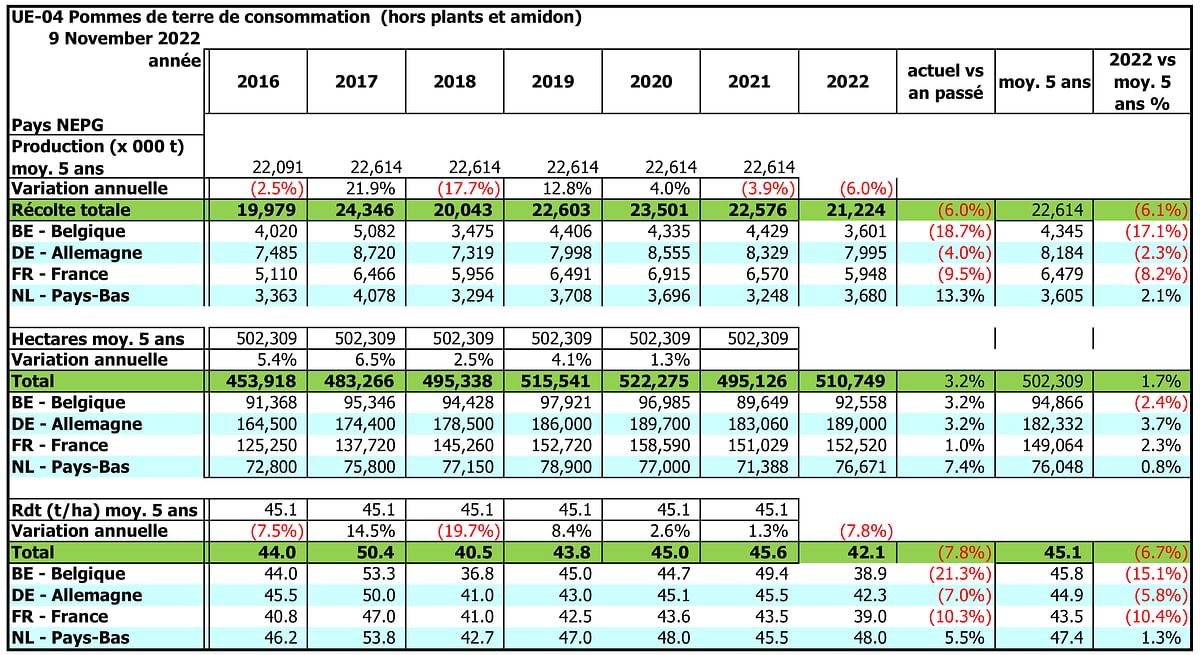 In 2022, yields per ha were more different and spread between countries, regions and farms than ever before! Local weather influences (very uneven temperatures and rainfall distribution) and whether irrigation was used or not, has led to big yield spreads ranging from less than 30 t/ha to more than 65 t/ha…

Overall production could be fine-tuned within a few weeks pending on first stock estimates throughout the NEPG zone.

Sky high production costs (current and expected) and good cereal prices have prompted farmers to sow more cereals (barley and wheat). This will have an effect on potato area.

There has not been a single farmer in the NEPG zone who has not felt the rising production costs during the last months. 2 examples are showed here, but a dozen of different other prices or indexes could be shown.

Downward trend of average potato yields and yet higher costs per ton.

When one combines not only the higher production costs, but also the trend of lower yields/ha (due to climate change, soil fatigue…), then production costs per ton have risen and are rising even more.
(Click to enlarge) 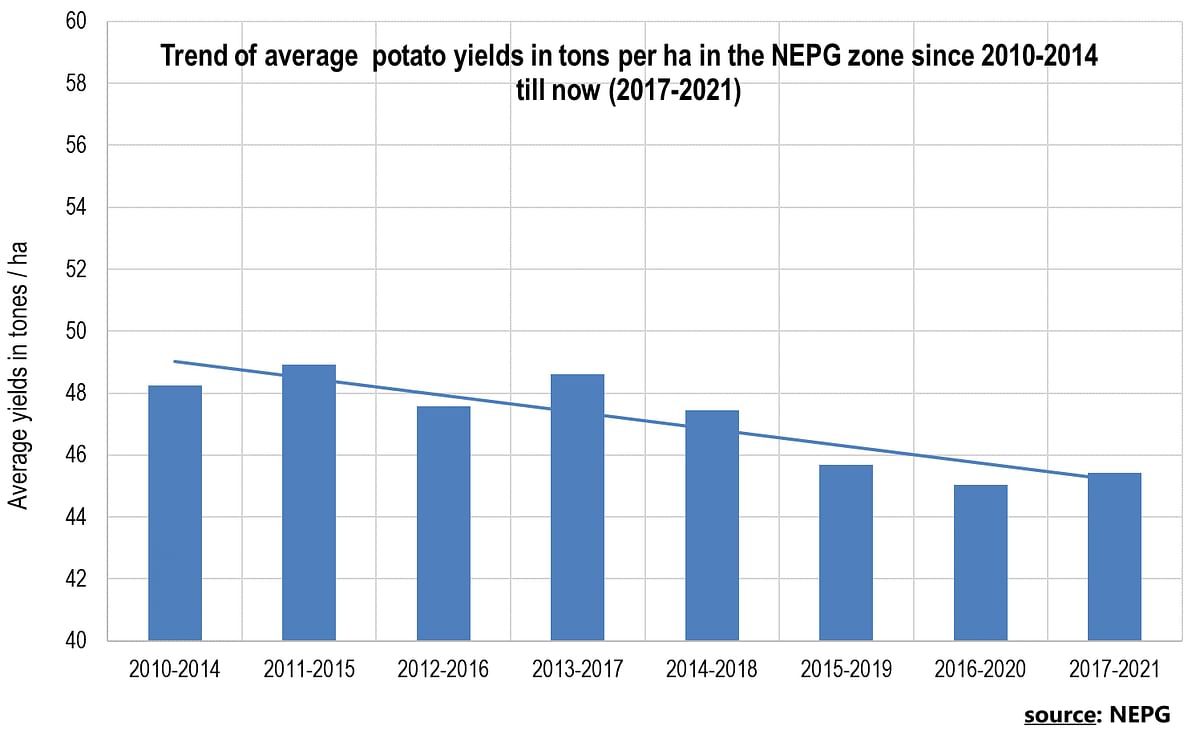 Contract prices and conditions should take these evolutions into account if processors do not want to risk having less hectares and a lack of potatoes next season! One of the ways to pay fair value (contract prices) for potatoes is to work with cost price indicators.

Upcoming contract prices could be linked to a range of price indexes (energies, fertilizers, machinery and equipment, contractor’s tariffs, buildings and storage devices…).

Another way of seeing things would be to start to look at grower productions costs and use that as a tool to set up contracts. At the end of the day, doesn’t a farmer decide to produce a crop because he can make a profit on it?
Source
North-western European Potato Growers (NEPG)
Like to receive news like this by email? Join and Subscribe!
Related Companies