Siddhi Vinayak Agri Processing Private Limited has signed MOU with farmers collectives which are supported under the World Bank and Govt of Assam seeded project for rural transformation named APART.

The MOU has provided a structural framework to facilitate access to quality seeds, training and capacity building of growing practices as well as produce buy back support to farmers of Assam.

The MOU was signed during Potato Conclave and Business Launch event organised by Directorate of Horticulture, Govt of Assam and International Potato Centre (CIP) on 26th August 2022.

Saying from the dais of the august platform, Mr. Hemant Guar emphasised relevance of Assam in potato cultivation on account of changing climatic condition making the territory more suitable for processing variety cultivation of potatoes. 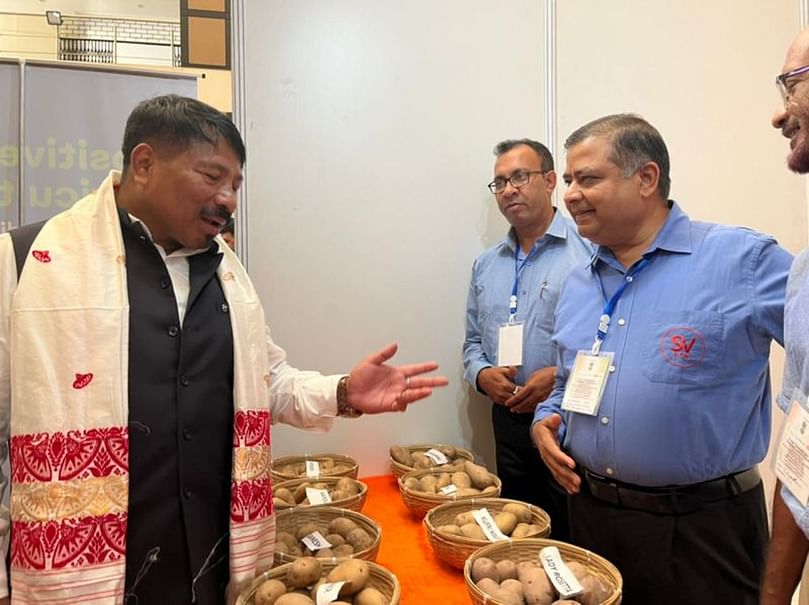 Shri Atul Bora, Minister, Agriculture, and Farmer Welfare, Govt of Assam visiting our stall in the exhibition to understand about new seed varieties

Potato cultivation in the state of Assam is in very nascent stage wherein state only produce about 1.1 million MT of potatoes primarily in Rabi season. Potato is cultivated in about 0.1 million Ha of land.

Though, according to some estimate Assam’s domestic consumption is about 4 million MT. Additionally, it also supplies potatoes to other northern-eastern states. The additional potato demand is fulfilled by states like West Bengal, Uttar Pradesh etc.

Further, there are about 5-6 potato processing units in the state including Haldiram, Kishlay, third party production of Pepsico etc. Their potato needs are majorly fulfilled by West Bengal, Madhya Pradesh, Testern UP and Gujarat.

Total annual outflow of money from Assam towards procurement of potatoes from other states are estimated to be about INR 45 billion (about USD 564 million). 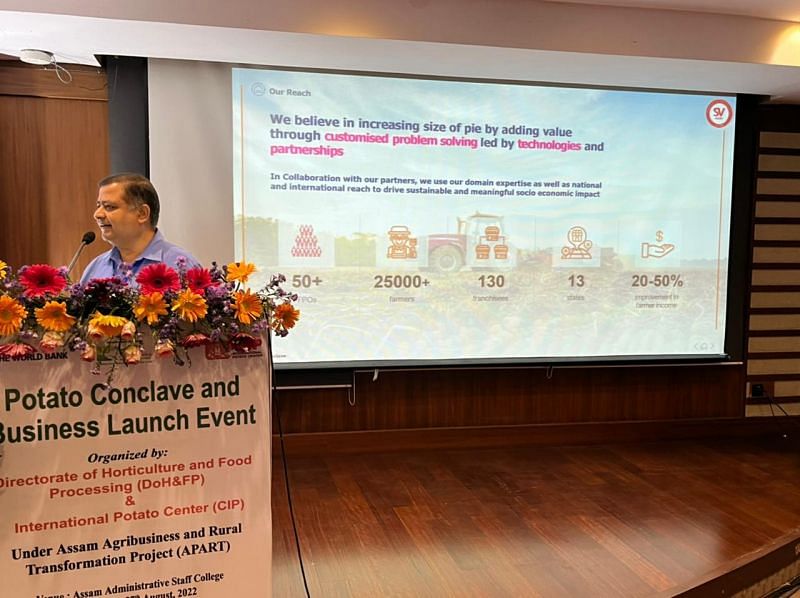 Govt of Assam is making concerted efforts towards making the state self-sufficient in potato production. 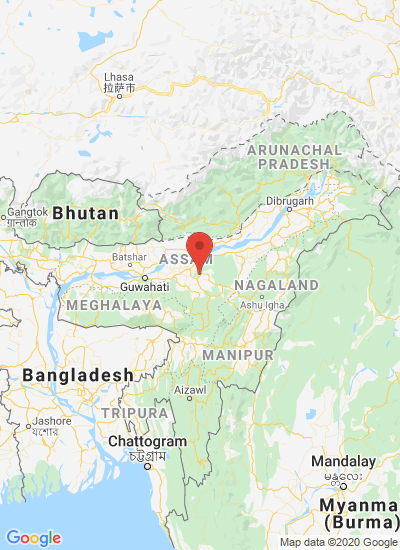