There are two species of PCN in Britain, globodera rostochiensis and pallida, he explained, adding that certified Scottish seed represented 77% of all seed grown in GB. Data collected by SASA showed the Scottish land area recorded as infested with g pallida as doubling every 7-8 years. Eric Anderson:

"It is a requirement of the Seed Potato Classification Scheme (SPCS) that crops must be grown on land with a valid PCN clearance certificate issued by SASA at the time of planting. A detectable PCN infestation in a statutory soil sample is a result of what has happened over the past 30-40 years. This means our industry needs a Plan B."

While there are a number of varieties resistant to rostochiensis, there are few with resistance and tolerance to pallida, he noted. In addition, authorisation for the nematicide Nemathorin (fosthiazate) ends on October 31, 2024, and there are no guarantees for its renewal. This is a real threat to both the Scottish seed and ware industries, he argued.

"The seed sector will potentially need to rapidly switch to multiplying new varieties while the ware, crisp and processing sector to adapt and grow potatoes in the presence of PCN without the chemical crutch of nematicides."

"Integrated pest management (IPM) is useful but presents no silver bullet; rotation length and groundkeeper control are of paramount importance as recent data indicated that PCN increased by 16-fold in the presence of volunteer potatoes."

When it comes to biofumigants, not enough is yet known about specific glucosinolate profiles and in Scotland the establishment of trap crops has been inconsistent. Eric Anderson:

"We urgently need varieties that have both resistance and tolerance to PCN."

Eric Anderson, pointed out that resistance restricted or inhibited the multiplication of PCN on the plant whereas tolerance reflects the ability of the plant to withstand damage by PCN and avoiding a fall in yield associated with infection.

As yet, he pointed out, there are no genetic markers for tolerance for pallida and one of the compounding factors is rented land, because land agents tend to maximise short term profits for landlords without taking a longer-term view on soil health.

"Land agents probably need greater appreciation and training on the vital importance of Integrated Pest Management and understanding of life cycles and control."

Bespoke workshops for land agents involved with renting seed potato land to growers in Scotland are being planned as part of the ‘PCN Action Scotland’ programme. These will include discussions on measures aimed at proactively managing and protecting the land sustainably from PCN.

Recent figures show Britain to be 70% self-sufficient in potatoes and potato products are worth GBP 3.1bn. (USD 3.8bn.) For every GBP 1 (USD 1.2) of potatoes grown and sold in the UK consumer expenditure is GBP 3.70 (USD 4.5) through value chain impacts.

"The retailers, packers and processors thrive on consistency and continuity. If potatoes do not turn up at the factory gate there is a big problem. If potato production falls, there will, of course, be substitution through importation, but this compromises food security and exports our environmental obligations to those who may not be able to fulfil them."

Link between FLN and blackleg

Root damage by free living nematodes (FLN) may be an important factor in blackleg (pectobacterium atrosepticum) infection, revealed Prof Ian Toth, of the James Hutton Institute, who held a workshop to discuss his latest research at the event.

Blackleg causes significant losses in the potato industry, with GB losses as high as GBP 50m (USD 61m) being reported by the James Hutton Institute. 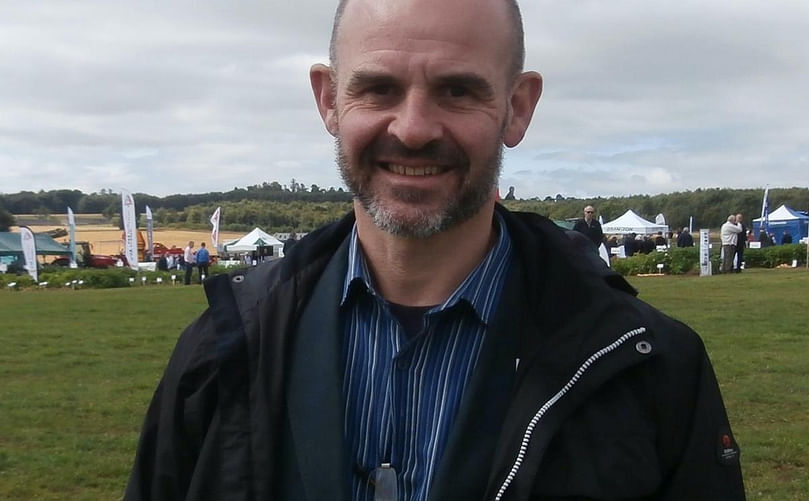 Researching the relationship between FLN and blackleg has been challenging, as FLN are difficult to observe, but he and his team were able to look at the physical root damage caused by the pest, which may open a way for the blackleg bacteria to enter.

"Collaboration with colleagues at the University of Dundee has shown that the blackleg bacteria are able to sense when the root is damaged because one to two days after occurrence, the inside of this root zone is packed with bacteria. Then, as the root grows, the bacteria colonise it.Studies investigating whether PCN had a similar effect had not found a big effect on blackleg."

This suggested that although the main source of blackleg is probably through contaminated seed, it may not always be to blame, opening the way to new possible control measures he said.

Innovative ways of reducing incidence are being explored, and Prof Toth explained that there are possibilities of harnessing microbial populations to defend the plant.

"We already know that pectobacterium produce bacteriocins which kill their close relations and, working with the University of Glasgow, we are exploring whether we could use this to protect infection."

This could be done by collecting the bacteriocin and either spraying it on the tuber or onto the field.

"There may also be a way of breeding potatoes which can allow them to protect themselves by using biotechnological approaches so the roots already have sufficient bacteriocin."

Further work in collaboration with the University of Durham is investigating whether a way forward could be to identify chemical signals to differentiate resistant potato varieties from susceptible ones, and use them as markers in breeding.

This research is being funded by Scottish Government, Defra, BBSRC and NERC through the Bacterial Plant Diseases Programme.
Source
The Scottish Farmer
Like to receive news like this by email? Join and Subscribe!
Related Companies

The Cambridge University Potato Growers Research Association (CUPGRA) is a charitable association of potato growers, agronomists, packers, processors and other stakeholders in the supply-chain who value independent, high-quality research.

Science and Advice for Scottish Agriculture (SASA), a division of the Scottish Government Agriculture and Rural Economy Directorate, provides scientific services and advice to support Scotland’s agriculture and environment.

The James Hutton Institute is an international research centre based in Scotland.

Scottish Agronomy Ltd was established in 1985 by a group arable farmers with the objective to produce, gather, interpret and disseminate technical agronomy information, solely for the benefit of its members