Making the case for French Fries

Early in January, I visited the Potato Expo, the #1 North American Potato Industry event.  It was my first visit to this event and long overdue.  This third Potato Expo featured an impressive line-up of speakers (presentations) and a trade show that increases in size every year (110+ exhibitors this year). And probably most important, a 1400+ crowd to network. Try to find someone in a crowd that size…

Impression of the audience at Potato Expo 2011

The Alliance for Potato Research and Education is an initiative to unite the potato industry in a quest to educate consumers and others about potatoes and French fries as a nutritious, enjoyable part of a healthy and balanced diet. 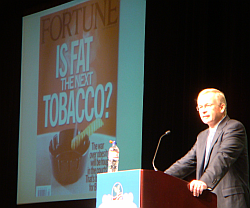 In his presentation, Frank showed some of the misconceptions around french fries, as well as progress that the industry has made:

In the United States now 95 of the top 100 restaurant chains fry their french fries in trans fat free frying oil.

A recent headline on the effects of salt illustrates that changing the perception of french fries will not be easy. The research was carried out with soup (a regular version was compared with a low salt version) and the study concluded that the (high) salt content in the regular version immediately had a negative effect on the blood vessels, lasting for about two hours.

So was the product soup featured in the headline? Nope. And which product was? Indeed, french fries. Outlining the challenge that french fry manufactures are facing is this key question:

WHY are french fries headlining so many of these stories?

The answer is NOT that french fries are that bad for you. If consumed in moderation they are not and I am sure research initiated by the Alliance will show that in various ways. So if that's not the reason, what is?

It's an observation that came up in various presentations at the Potato Expo. And just like a sad story featuring kids pulls on our heartstrings, journalists use our beloved french fries to give their headlines on food that extra impact. 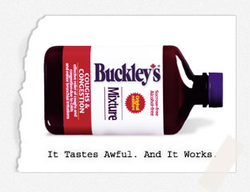 Buckley's, it tastes awful and it works

In fact, it is even worse, since there is an additional psychological principle at work: something that tastes THAT GOOD can't be good for you.

A cough syrup successfully based its marketing on the opposite of this principle: “It Tastes Awful. And It Works”

So there is the challenge the industry is facing. Can it be done? Yes, the case "It's all Good" presented by Helen Priestley of McCain Foods GB at the Potato Expo showed us that to a large extent those trends can be turned.

Furthermore, the public perception of the nutritional value of french fries is so much worse than the reality, that it is hard to imagine that this perception could not - at least partially - be corrected.

But the battle against obesity is heating up. And imagine that the flood of healthy eating stories all star the french fry as our beloved villain!

It is not going to be easy.
Related Companies
McCain Foods Limited

Simplot is one of the three larger french fry manufacturers in the United States.
Read More
Alliance for Potato Research and Education (APRE)

The Alliance for Potato Research and Education (APRE) is a not-for-profit organization 100% dedicated to expanding and translating scientific research into evidence-based policy and education initiatives that recognize the role of all forms of the potato—a nutritious vegetable—in promoting health for all age groups.
Read More
Conagra Foods Inc. 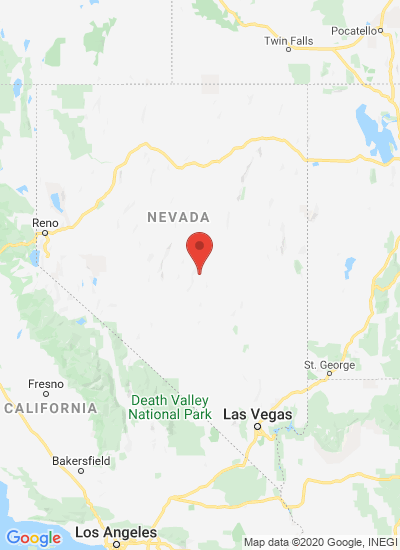