On the occasion of the opening of Interpom Primeurs, its biennial international trade fair in Kortrijk Xpo, Belgapom, the professional association of the Belgian potato trade and processing sector, launched its corporate social responsibility project.

It concerns long-term support for the ‘Conpapa’ project in Chimborazo Ecuador, a project that was started by the NGO Trias.

Former Trias president and president of the Belgian Senate Sabine de Bethune received a cheque for € 10,000 from Belgapom president Antoon Wallays. Additional action by the individual companies that are members of Belgapom will ensure long-lasting support for this project. 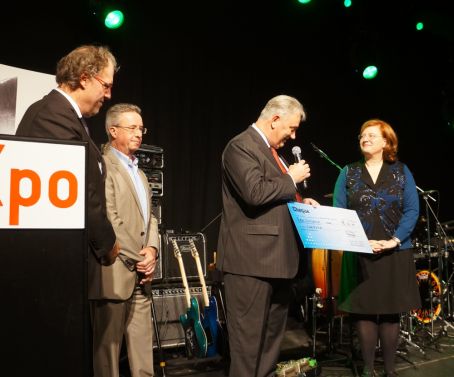 UN International Year of the Potato in 2008

Since then the cooperation has further expanded by means of regular exchange of knowledge with various companies and institutions in the Belgian potato sector. Within the framework of a social corporate responsibility project in the sector, Belgapom now wants to continue to support this development in potato cooperative on a long-term basis.

Conpapa is an organisation of potato growers in the Ecuadorian province of Chimborazo, a poor agricultural province in the belly of the Andes mountains. The 300 Conpapa members produce primarily for their own sustenance. In addition, on one or more small plots they grow potatoes to sell. In this way they acquire additional income that offers them access to basic services such as healthcare and education. Most of the farmers farm an area of three to five hectares at an altitude of 2,700 metres on average.

The support offered to Conpapa continues along the lines of the actions within the framework of the UN International Year of the Potato in 2008 that presented the potato as a building block of the UN Millennium Development Goals 2015.

Who or what is Conpapa?

In Ecuador the average potato yield is five to seven tonnes per hectare, whilst the 300 Conpapa members harvest ten to fifteen tonnes. Conpapa organises training courses in the provincial capital of Riobamba. The organisation also actively defends the interests of its members, promotes the use of high-quality seed potatoes and sells means of production at interesting prices. In addition, in Riobamba Conpapa has a platform where the potatoes purchased from the members are sold to local restaurants, supermarkets and two potato-processing factories. Through Conpapa the farmers on average get an additional ten dollar cents per kilogram compared to the prices on the free market.

Conpapa, a partner of Trias

For a few years now Conpapa has been supported by Trias, the development organisation of Unizo, Markant, Neos, Landelijke Gilden, KVLV and KLJ.

The support is aimed at strengthening the internal structure of Conpapa, so that the organisation is able to offer its members high-quality services.

First reconnoitring of the site

In November 2011 Marcel Delamillieure, who until retirement was active in one of the Belgian potato processing companies, reconnoitred the site in Ecuador for the first time on behalf of Belgapom.

His overall impression of Conpapa’s growth potential is positive. “In just a few years Trias has succeeded in achieving a major change in mentality amongst the directors of Conpapa. They understand all too well that the cultivation of potatoes can develop into a profitable activity that could draw them out of poverty. But not all the members have yet realised the need for professionalization. They feel that it’s something for the longer term for Conpapa, because you cannot change traditions in a trice.

During the next few years Marcel Delamillieure will continue to accompany the project within Belgapom and will continue to approach the members of the professional association in order to give the initial support offered by Belgapom a more sustainable character.

At present processing purchased potatoes and the production of high-quality seed potatoes are the most important challenges facing Conpapa.

The idea is to build a warehouse this year for washing potatoes and bagging them. In a subsequent phase the storage of potatoes would be handled. 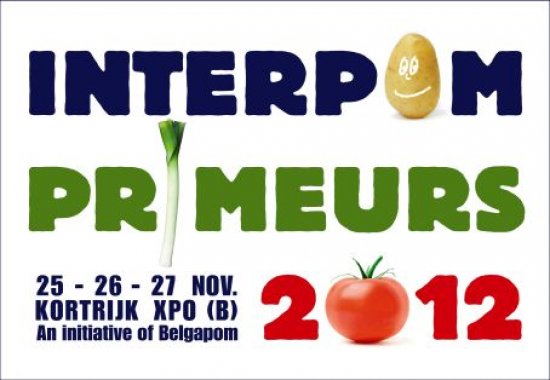