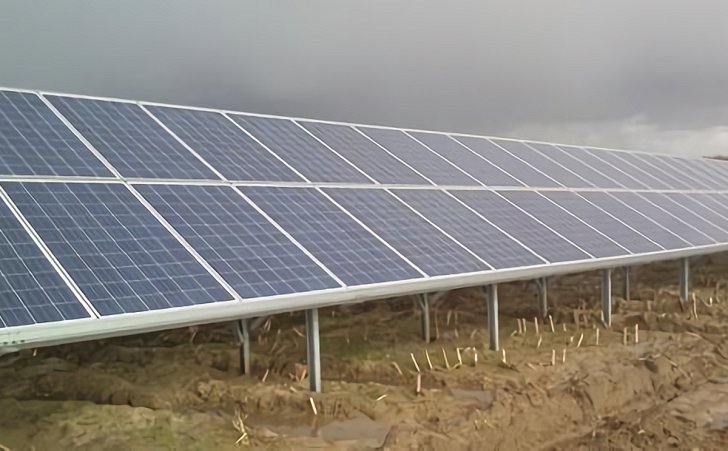 Mydibel Group, manufacturer of fresh and deep-frozen potato products and dried potato flakes and granules, has invested in the construction of 2ha of photovoltaic panels - the largest industrial solar field in private hands in Wallonia - at its Gramybel production site in Mouscron, Belgium.

The impressive solar field has a total power of 1 MegaWatt and produces green energy that equals 20% of the total energy consumption of the Gramybel site. Mydibel has joined up for this with the specialist of renewable energy Upgrade Energy.

“The 4 elements of nature keep inspiring and motivating Mydibel to continue to build and expand the Mydibel Green Factory. Earth, Fire, Water and Air are renewable sources that can be perfectly integrated in our industrial processes. Like the Earth giving us the gift of potatoes, and also their residue for fuelling our biogas installation, we now also use the fire of the sun to provide us with green energy”, says Carlo Mylle, CEO of the Mydibel Group.

The green factory project at Mydibel

The green energy project at Mydibel started in 2005 with the expansion of the water treatment, to further improve water quality and optimizing the separation of the energy-rich waste.

In 2006, the first biogas motor was installed to make the biogas from the waste into green electricity and heat for the production plants. This project was managed completely under Mydibel supervision. Ever since, right up to today, operation is entirely under our own management. All experience in this six-year project, in the field of biogas production and operation, forms the basis for the new project namely placing a second digester in 2013. 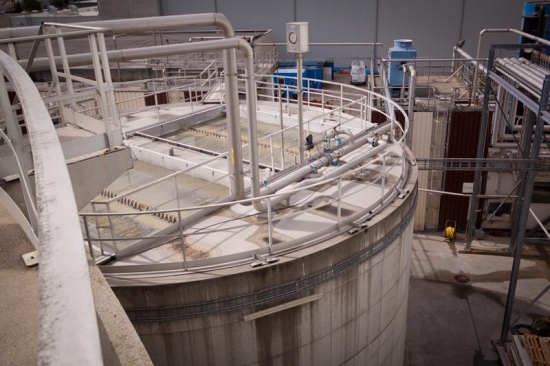 Mydibel's anaerobic digester for the production of biogas

The fermenter is to be the largest fermenter ever built for the potato-processing industry. The complete waste flows from 3 production factories, which now have to be transported in lorries to end up as animal feed, will later be processed at the Mydibel site as 100% green electrical and thermal energy. That will eliminate virtually all of the CO2 emitting transport.

The fermentation capacity has been calculated based on expected futher increases at the three factories. The green electricity production will triple. That will mean that Mydibel but also Pomcobel will be producing more than 75% of its own electrical energy and approximately 25% of its own heating requirements. The amount of energy that will have to be purchased per kg of packaged product will decline by nearly 40% in comparison with benchmark year 2002.

There is no other potato processer in Europe that is generating this much of its own energy. This is partly what makes Mydibel unique among producers

Gramybel is a manufacturer of potato granules and potato flakes for the snack and food service industry. Gramybel is a subsidiary of Mydibel S.A

Mydibel is a Belgian manufacturer of frozen and chilled potato fries and frozen potato specialities The family business is based in Mouscron.