Advancements in automation and robotics are driving improvements in food processing 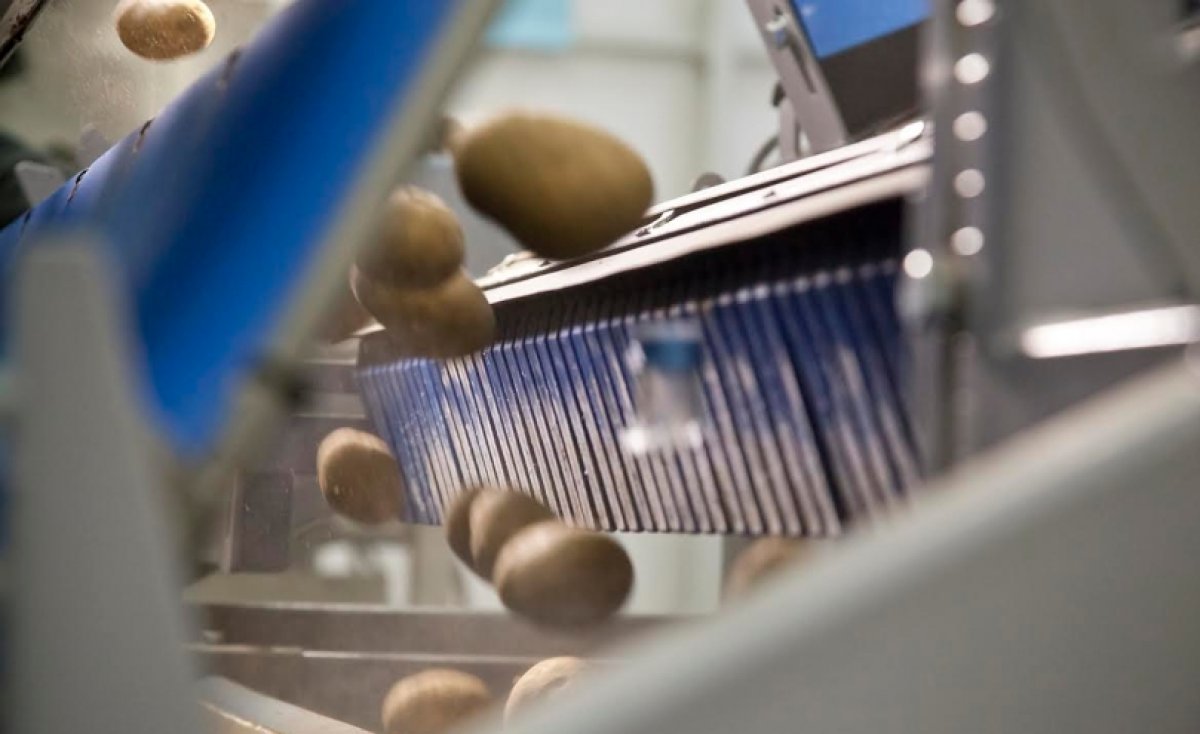 A TOMRA potato sorter in operation.

Continued advances in automation and robotics are making the global food manufacturing and processing industries safer, more efficient and able to deliver higher profits, according to TOMRA Sorting Food.

The leading food sorting machines manufacturer believes that these improvements are not only necessary to boost yield, but also inevitable as automation and robotics continue to evolve.

Research by Grant Thornton validates this claim. The international business consultancy’s recent global survey of 2,751 executives in 36 economies shows that manufacturing businesses across the world will be replacing more than five per cent of their workforce with robots in the near future.

However, when this does happen, more than half of the surveyed companies plan to redeploy affected staff. Of those companies that keep staff, 28 per cent would expect existing employees to control the machines that replace them.

Another research project, the 2015 World Robotics Survey by the International Federation of Robotics (IFR), found that by 2018 global sales of industrial robots will on average grow year-on-year by 15 per cent. The IFR says that the number of units sold will double to around 400,000 units with five major markets representing 70 per cent of the total sales volume, namely China, Japan, USA, South Korea and Germany.

Looking specifically at food processing, a report by UK-based Automated Packaging Systems states that Californian strawberry farmers have invested in a 14-arm robotic harvester to pick faster and reduce labor costs. The same report highlights that Wageningen University in the Netherlands is undertaking a project called Clever Robot for Crops. Its objective is to show how robots can select perfectly ripe fruit accurately and faster with tests currently focused on grapes, apples, strawberries and peppers.

“This does mean that certain types of manual labour will be replaced. However, our experience in both developed and developing economies is that as automation increases food processors look to employ more highly skilled workers to operate the machines.

“Manual food sorting requires significant management time within businesses to organize and run teams of people on a continuous basis. In this situation, it is an extremely difficult task to ensure consistently high rates of yield and sorting effectiveness are maintained.

“Manual food sorting is also becoming increasingly seen as an unattractive employment opportunity. People everywhere have become more aspirational and see manual food sorting jobs as a stepping stone, and one which few are committed to for the long term. This cultural shift actually accelerates the food processors’ desire to embrace automation as machines do not need to be kept motivated and engaged.

“When this way of thinking is aligned with the need to build a safe, sustainable, profitable food processing business able to respond quickly to the needs of customers, automation becomes a necessity.”

Yantai Lushun Foodstuff installed a Helius C 640 free-fall sorter in response to rapidly increasing labor costs and the fact that it was becoming more and more difficult to recruit young people to work as sorters.

The company’s chairman, Mrs Luxia Zhang, says: “Labor costs have doubled in the past five years and it is harder to find young people committed to the type of sorting job we offer here. Installing a Helius allowed us to replace the need for 40 pickers, although still being able to process one tonne of produce per hour.

“In particular, the Helius is able to identify very small foreign materials which are difficult for pickers to see. The machine’s double-sided detection capability also means that it can discover if there is a small pit or stalk on the back-side of, or even inside, the raisins which are impossible for pickers to find and sort.

“This type of automation has allowed us to enhance food safety, create a better yield and generate productivity gains. The success of the Helius has given us a competitive advantage and enabled us to perform strongly in a global marketplace.

“We are committed to continued automation of our processes as we only expect labor costs and human resource issues to increase over time. Our objective is to use the automation technology available to ensure we continue to grow a sustainable business by consistently providing safe, high quality produce to our customers.”

TOMRA Sorting Food has announced that its sorting, peeling and processing systems will be branded TOMRA as of September 25, 2014.
Related Topics
Processing EquipmentOptical SortersFood TrendsInformation TechnologyAutomation and Robotics