Potandon to focus on rebranding as the healthy potato company 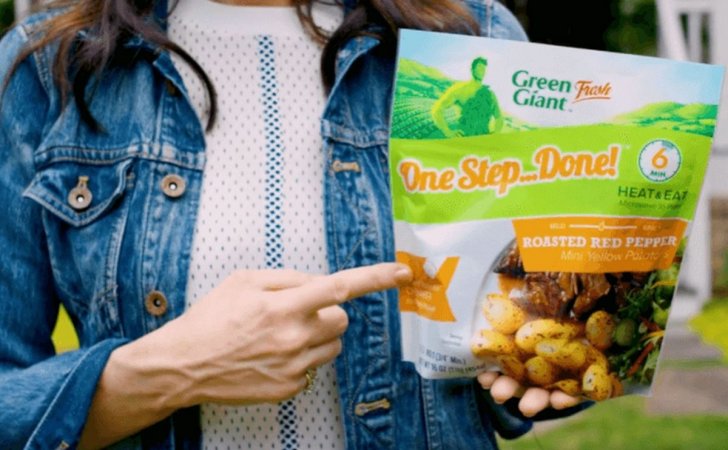 Potandon to focus on rebranding as the healthy potato company

The focus for Potandon Produce LLC at the New York Produce Show this year will be on the health benefits of potatoes, and particularly of some of Potandon’s proprietary products, according Glen Reynolds, vice president of variety sales and business development for the Idaho Falls, ID-based company.

“We are in the process of rebranding our company as The Healthy Potato Company.”

“We are working very diligently on consumer education, knowledge innovation, and the consumer experience.”

“In the value-added category, we are working from the consumer backwards on our convenience packaging.”

“With respect to commodity potatoes, we are trying to focus on the true health benefits of the product.”

“As an example, potatoes are a great source of potassium which is important for heart health. They are also a good source of fiber, particularly when recipes are used which retain the skins.”

“Potatoes themselves are nutritionally very good.”

“But the toppings the consumer puts on the potatoes can dramatically change the nutritional value.”

“Potandon is trying to educate the consumer through healthy recipes and healthy cooking tips.”

A new value-added product from Potandon, rolled out earlier this year, called One Step … Done! will be featured at the Potandon booth at the New York Produce Show. The product is noteworthy both from a convenience and a nutritional standpoint.

As with many of Potandon’s products, One Step … Done! is marketed under the Green Giant Fresh brand. It is “a fully seasoned one-touch six-minute microwavable product,” Reynolds said. The patented microwavable packaging has two chambers.

An upper “Flavor Release” chamber contains a patented seasoning disk. The lower chamber contains one pound of red or yellow mini potatoes. “You simply put it in the microwave” for six minutes.

At the right moment in the cooking process, an inner seal between the upper and lower chamber opens up, “the seasoning is melted, and it coats the potatoes. The consumer simply shakes the bag” and pours the contents onto a plate, ready to serve.

The product is shelf stable and does not require refrigeration, he said. “Additionally, the nutritional value of the product itself is top shelf.” The seasoning disk, available in five different flavor combinations, impart great taste to the potatoes without added sodium and without loading the dish with high-fat, high-carb toppings.

“Those products will launch in 2020 with limited production.”

“Our focus is going to be how do we drive innovation from the farm to the retail grocery channel to the at-home consumer.”

“We work on sending the message through our high graphic packaging,”

“We work on educating the buying channel and also the retailer by supplying them with educational materials, POS signage, and training videos as well as by training through field merchandisers.”

“With the One Step … Done! line, we are aggressively working with retailers specifically to develop promotional programs that fit their customer base.”

Some of Potandon’s other proprietary potato varieties, particularly those in the Klondike family such as Klondike Rose and Klondike Goldust, also offer special health benefits.

Thin skins make leaving the skins on, rather than peeling and discarding them, an easy and natural thing to do, while the creamy-buttery texture means “they don’t require a lot of additional flavorings,” Reynolds pointed out.

That will be done through packaging, convenience, and educational messaging.
Source
The Produce News
Like to receive news like this by email? Join and Subscribe!
Related Companies