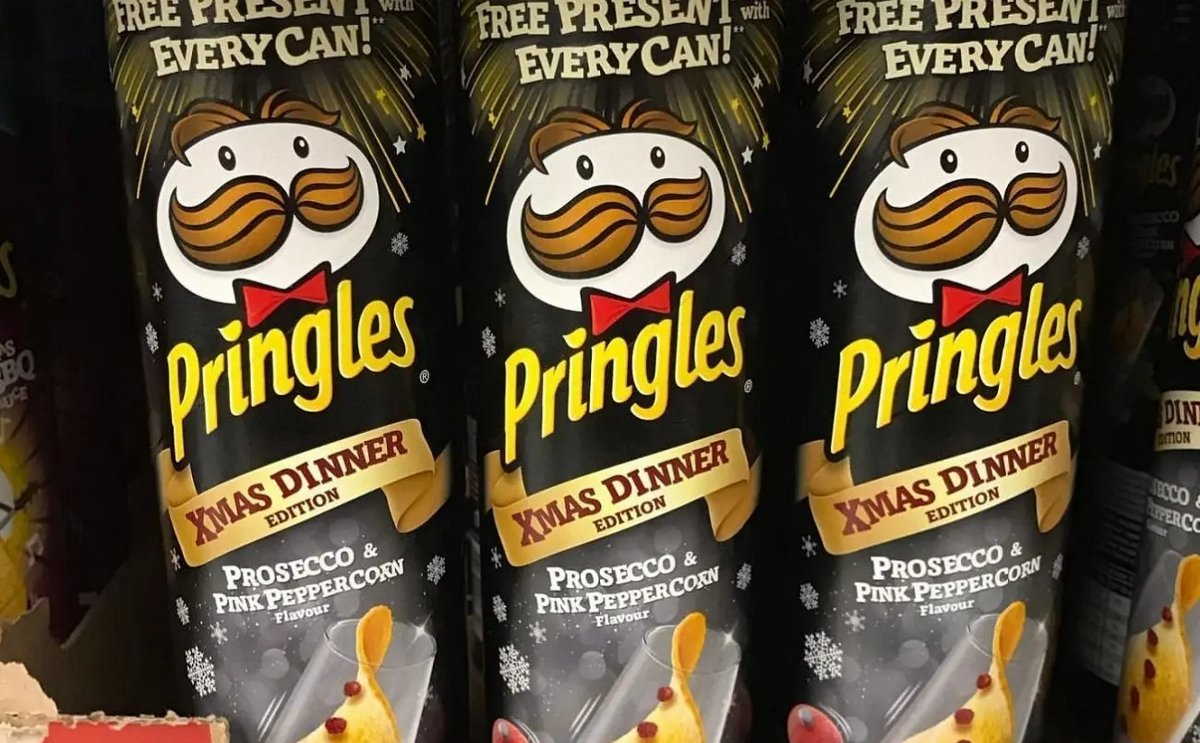 Italian authorities who seized the special Christmas edition crisps seem to be unfamiliar with guidelines on food labelling and protected ingredients (Courtesy: Kellogs)

Prosecco and pink peppercorn: it was a fantasy combination of flavours designed to excite consumer tastebuds over the Christmas holiday period in 2018.

Less than a year later the festive snack drew the ire of the Italian authorities who seized about 250 tubes of the limited-edition Pringles from a supermarket chain in the northern Veneto region, attracting attention in the UK where prosecco is hugely popular.

The administrative grab was ordered because the name prosecco – which is registered as a protected designation of origin (PDO) – was used 'illegitimately' on the packaging according to authorities. Pringles had not received approval from the prosecco consortium to use the protected name.

Teresa Bellanova, Italy’s minister of agriculture, vowed to combat this kind of 'identity theft'. Meanwhile, Luca Zaia, president of the Veneto region (one of the two main Prosecco-producing regions in northern Italy), took to Facebook to voice his grievances, stating that such acts would no longer be tolerated.

“We need to protect our excellences from fraud, abuse and anything ‘Italian-sounding’, as it primarily damages honest producers who promote quality and the territory.”

Yet what the Italian authorities may have failed to take into account is how EU law regulates the use of protected geographical names in food and drink products. The Pringles furore resembles a 2012 case against German discount chain Aldi, which eventually made its way to the EU Court of Justice.

In this case, the Comite Interprofessionnel du Vin de Champagne started proceedings against the supermarket for selling a champagne sorbet, which it claimed infringed champagne’s French PDO.

The main issue was whether the producer of the sorbet exploited the reputation of the champagne PDO. The law gives PDOs a wide protection by allowing their owners to prevent unauthorised parties from exploiting the evocative power of a particular name.

But by also referring to the European Commission’s guidelines on the labelling of foodstuffs using protected geographical indications as ingredients, the top EU court noted that what should be taken into account are the 'essential characteristics' of the product – the taste or aroma being the defining characteristic of the product itself.

The EU court concluded that the use of a PDO in a foodstuff will not be considered as taking undue advantage (and therefore exploiting the PDO’s reputation) if the product incorporates as one of its essential characteristics a taste that is primarily attributed to champagne.

Pringle all the way

If we apply this reasoning to the prosecco case, it appears that so long as the Pringles incorporated the 'gustatory quality' of prosecco, the essential characteristic criteria may be fulfilled and the packaging of the crisps would be unlikely to infringe the PDO in question.

The only apparent distinguishing aspect that may be problematic in the prosecco Pringles case is that the packaging does not list the percentage of the PDO ingredient used either in its trade name or in the ingredients list, as the EC guidelines require. Though potentially an issue, this would likely be an easy amendment for Pringles to make on its labels.

So despite the grand show made by Italian politicians against the alleged 'identity theft' of prosecco, the usage of a protected name by a crisps company like Pringles might be in some circumstances in line with both the provisions regulating the commercial use of such names and the relevant EU case law.

In a statement, Pringles explained that the contested prosecco and pink peppercorn flavoured crisps were produced in late 2018 as part of a limited edition holiday range. It would, therefore, appear that the packages still on the market are the remnants of that finite stock.

In the same statement, Pringles also said it had no plans to produce this particular festive version in the future. So it is unlikely we will see this particular case reach the EU courts. But as Italian politicians continue their crusade against what they see as breaches of PDO – as they have vowed to do – it is equally unlikely that this will be the last case of this kind.

During the holiday season, in particular, food and drink producers are always keen to add 'deluxe' ingredients – many of which are PDOs – to spruce up their festive products, creating the perfect recipe for another case disputing the use of protected geographical names.