Although potatoes are a nutrient-rich vegetable, they are often singled out as food to limit.

In fact, despite the Dietary Guidelines for Americans’ recommendation to increase fruit and vegetable consumption, some health experts still recommend limiting or avoiding eating potatoes due to concerns that they may increase cardiometabolic risk.

However, a newly published study in the Journal of Nutritional Science finds that advice may be unwarranted. Researchers at Boston University examined the influence of potatoes as part of overall diet and lifestyle patterns on cardiometabolic disease risk.

They found no change in cardiometabolic risk factors associated with intake of either fried or non-fried potatoes in adults from the long-running Framingham Offspring cohort.

"In this study, we looked at the effects of higher intakes of potatoes on blood pressure, lipids, and glucose and we found that after accounting for other dietary and lifestyle factors, there was no increased risk of cardiometabolic disorders associated with potato consumption."

"In fact, we found that those in the highest potato intake category consumed 25% more total fruits and vegetables than those in the lower potato intake group. As a result, these participants who consumed more potatoes were more likely to meet the recommendations of the Dietary Guidelines."

The findings from Moore’s research group observed no association between consuming 4 or more cup-equivalents of potatoes per week (both white and sweet, fried and non-fried) and type 2 diabetes (T2DM), impaired fasting glucose (IFG), hypertension, and dyslipidemia in a large population of healthy Caucasian adults.

"We know that potatoes are rich in potassium, magnesium, and dietary fiber, all of which may be protective against the heart attacks and strokes that are a consequence of elevated levels of cardiometabolic risk. In fact, potatoes are one of the most important sources of potassium in the American diet."

"Meanwhile, the effects of fried potato consumption appeared to be modified by other diet and lifestyle factors. For example, those with higher intakes of fried potatoes and lower consumption of red meat had a 26% lower risk of elevated triglycerides."

"Additionally, more physically active adults who consumed higher levels of fried potatoes had a 25% lower risk of developing Type 2 diabetes. These findings underscore the importance of overall diet and lifestyle when it comes to cardiometabolic disease risk. Public health messaging singling out potatoes, and even fried potatoes, is not supported by this evidence."

"Previously published evidence on potato consumption has been conflicting. For example, some find higher potato intakes to be positively associated with elevated blood pressure while others find the opposite."

"In observational studies, it is important to try to separate out a food like potatoes from other dietary components. If the individuals consuming more potatoes, for example, also consume more refined grains or have other unhealthy lifestyle habits, then the adverse effect of potatoes may actually be a result of other things associated with diet and lifestyle."

One strength of the current study is that diet was assessed with detailed dietary records, thus allowing the investigators to determine cooking methods. In addition, dietary records provide a more accurate assessment of the intake of most foods and nutrients than the food frequency questionnaires that have been used in many other studies.

Data from 2,523 offspring of the Framingham Heart Study, 30 years of age and older, were included in this prospective cohort study that began in 1971.

In addition to the large sample size, the use of a prospective study design allowed for the assessment of large amounts of data from subjects in a free-living environment. For example, potato consumption was averaged over 8 years before the beginning of a 16-year follow-up.

Furthermore, dietary intake was analyzed from an average of 6 days of dietary records, thus providing a more stable intake assessment. Further studies will need to assess more diverse populations, as this current sample of Caucasian adults is not broadly generalizable.

Future studies will also benefit from consideration of cooking methods and by studying the specific effects of potatoes when consumed as part of a healthy diet. This research was supported by the Alliance for Potato Research and Education (APRE). APRE had no influence on the study design, conduct, execution, or data analysis after approving the initial proposal for funding.

Read the full publication (DOI: 10.1017/jns.2022.65)
Source
Alliance for Potato Research and Education (APRE)
Like to receive news like this by email? Join and Subscribe!
Related Companies

The Alliance for Potato Research and Education (APRE) is a not-for-profit organization 100% dedicated to expanding and translating scientific research into evidence-based policy and education initiatives that recognize the role of all forms of the potato—a nutritious vegetable—in promoting health for all age groups.

Alliance for Potato Research and Education (APRE)
Where 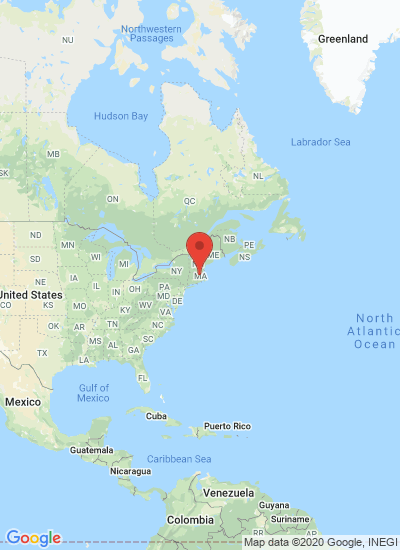