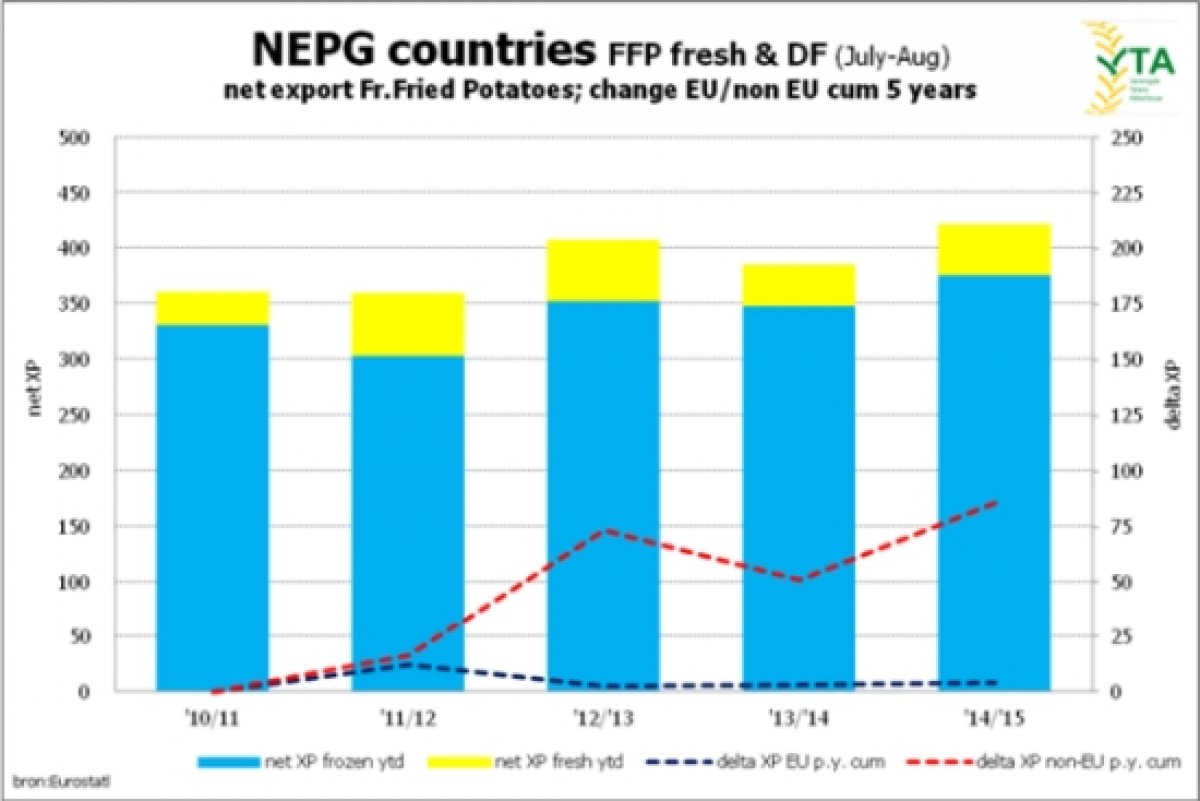 The total ware potato harvest in the five North-Western European Potato growers (NEPG) countries - Belgium, Germany, France, the Netherlands and Great Britain - in 2014 is estimated at more than 28 million tons.

This is an increase of production of over 18% compared to last year.

This increase in production is due to a larger planted area this season and extremely favourable growing conditions across many of the NEPG countries. Given the strong supply picture prices have reached low levels. However the NEPG highlights some positive challenges, which may influence values later in the season.

Already this season there have been considerable volumes moving from the processing market. In Germany the starch factories used large quantities in August and September, before their own starch potatoes became available. Also there has been considerable movement of potatoes into stock feed and other uses such as energy production. The export of fresh potatoes has also started and the expectations among experts are high on the mainland.

In many cases the quality of material in store is questionable in terms of suitability for long term storage. This is necessitating the movement of crops by some to alternative markets rather than incurring storage costs. This has temporarily relieved some pressure on the market, however these quantities will not remain on the market.

This season, dry matters have been reported as low in some crops which means the requirement of raw material to produce the same quantity of ready production is greater.

Over the last few years the net export to further afield destinations, outside EU, has increased enormously. This year, the NEPG believes that the low price for the raw material and the attractive exchange rate between the Euro and the Dollar will further boost these exports. 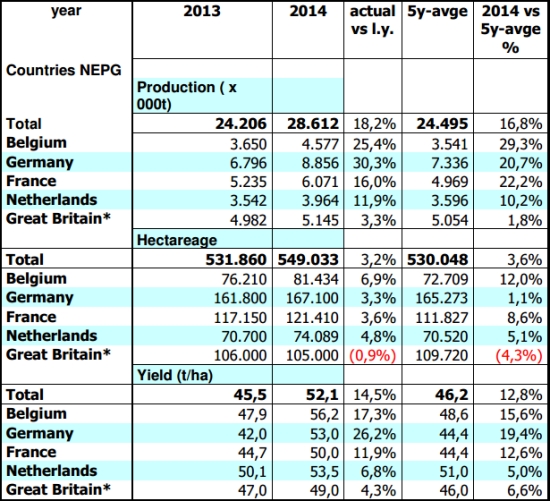