Entomologist Ada Szczepaniec at Texas A&M AgriLife Research is addressing the concern of growing resistance of potato psyllids to the neonicotinoid classification of insecticides.

The potato psyllid is a tiny insect with sucking, piercing mouthparts that transmits a disease called zebra chip and can cause tremendous losses to producers, Szczepaniec said. Producers have used the neonicotinoid insecticides to protect their solanaceous crops, mostly potatoes, in the past.

The problem, she said, is many of these psyllids migrate from Mexico up into the Rio Grande Valley, and Mexico does not have as stringent of application regulations as the U.S. The aggressive use of the product in Mexico has allowed the psyllids to develop a resistance over time to the insecticide. 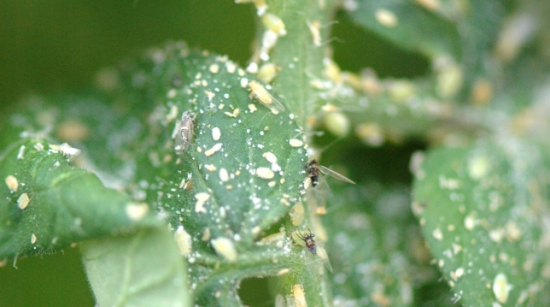 “It only takes a few psyllids to cause tremendous losses to a crop because they do not need to feed for a prolonged period of time to transmit the disease.”

“The disease causes the starches in the potato, when fried as a chip or French fry, to harden and turn dark brown, causing the zebra chip pattern that makes the food product look unappealing and taste bitter.”

“We are trying to figure out is how to control the psyllids.”

“The biggest potato-producing region in Texas is of course the Rio Grande Valley. So some of these psyllids come up from Mexico into the Valley and when the production of potatoes and tomatoes ends in the Valley, they keep moving up north.”

They arrive in the Texas Wintergarden area and then move north into the Panhandle, she said. Additionally, there are probably some populations overwintering in each location as well.

Szczepaniec is collecting potato psyllids from all the major potato-producing regions of Texas and testing them in her greenhouse to see if they are still susceptible to the neonicotinoid insecticides. 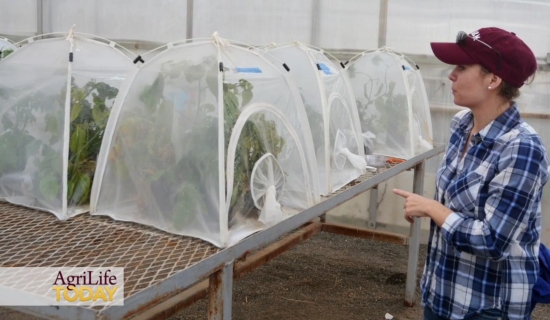 “We maintain these psyllid colonies on tomato plants and then expose plants to the insecticide as they would be treated in the field. We then move the immature psyllids onto the plants and measure their survival.”

“That allows us to figure out if they are still effectively suppressed by the insecticides,” she said. “What we are looking for is close to 100 percent mortality, because the psyllids feed on the plant continually, but only have to feed for a very short time before transmitting the disease.”

When the neonicotinoids work, they work really well, Szczepaniec said. They can be used during planting and are taken up by the plant and present inside the plant tissue. So when the insects feed on plants treated with the insecticide, they die. There are some formulations of these insecticides that can be sprayed onto the crop after it emerges as well. 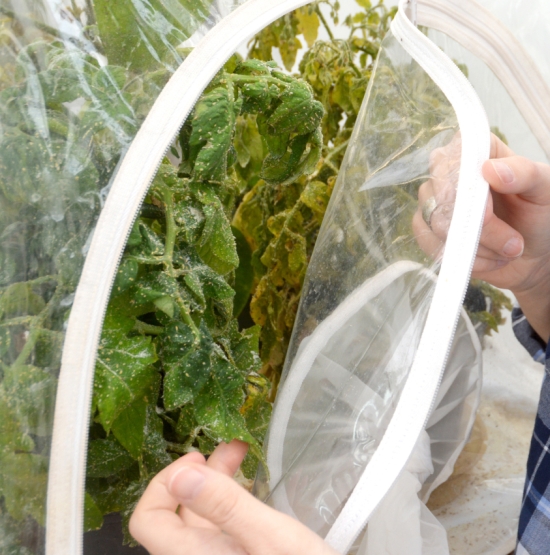 “It’s been a great control measure and suppressed the psyllids very well.”

“However, there have been reports, especially in the Valley, that some populations of psyllids are no longer effectively controlled by these insecticides. This has not been confirmed experimentally until now, and this is one of the priorities of our research program.”

Szczepaniec said she will be testing other insecticides as well once it is determined which populations are no longer susceptible to the neonicotinoids.

“We want to figure out what producers can use if neonicotinoids are no longer effective in their region.”

“We will continue the testing and collection over several years in order to provide producers with customized combinations for their regions where we collected the psyllids and help them manage them successfully.”