Potato producers in south-west Western Australia say the detection of the tomato potato psyllid is a "serious blow" to their industry.

The psyllid is known to attack a range of plants in the Solanaceae family including tomato, potato, eggplant, capsicum, chilli and tamarillo, and also sweet potato.

It is the first time the pest has been detected in Australia.

It has so far been detected in tomatoes and eggplants at a backyard property in the Perth suburb of Belmont, in tomatoes at two properties in Mount Hawthorn, in chillies at a property in Palmyra, and in a capsicum crop on a commercial property north of Perth.

While the psyllid does not pose risk to human health, it feeds on plants, causing yellowing of the leaves and misshapen fruit, and in severe cases it can kill the plant entirely.

However, there is not only concern for the psyllid.

More of a worry to producers is the bacterium Candidatus Liberibacter solanacearum, which causes the zebra chip disease in potatoes, rendering them completely unmarketable. 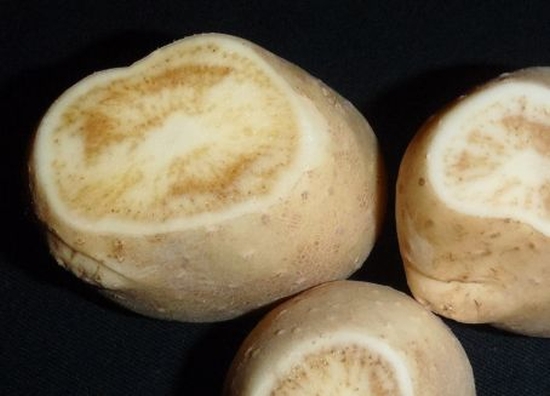 The Liberibacter has not yet been discovered with the psyllid in Australia, but scientists are concerned because its pathway is unknown.

"In other cases … they think it was smuggled plants, so that's a possibility.”

“But at one stage the researchers were also looking at the possibility that it was going to come across on an air current from New Zealand into Australia."

Due to its size, it is believed the psyllid can easily spread throughout a region on people, plants or wind currents — a prospect of serious concern to the Western Australian potato industry.

"We just have to wait and see whether it is in the south-west yet or not, but at this moment it's devastating news."

The detection comes after a trying time for the West Australian potato industry, with the recent deregulation and the closure of Smith's processing factory, and Mr Pessotto said this would have serious impacts.

"This could put our export in jeopardy. It'll make it harder to export to the east for a start.”

Ausveg national manager of scientific affairs Jessica Lye said as with any detection of high-priority pests, there was a tightening of movement restrictions out of the infected state.

Dr Lye said currently states were reviewing their conditions of entry for host material of the tomato potato psyllid, including potatoes, eggplant, capsicums and chillies.

“Conditions for entry into those states from WA in terms of host material might include extra conditions such as washing host products and having them inspected before they move interstate."

There are also concerns the psyllid could impact international export markets.

'Just have to wait and see'

As for vegetable producers around the state, there is little that can currently be done aside from spraying, and keeping vigilant.

Mr Pessotto said this would come at great cost to local growers.

"You've just got to have a diligent spraying program and keep the bug out, which is another added cost, and another pesticide that we have to apply which … we've been reluctant.”

“In Western Australia we've been very fortunate in a lot of ways we haven't had much insect pressure, maybe a couple of sprays at the most we've been able to control most of our pests.”

“But this I understand is something that you're going to have to be diligent — just spray regularly to keep it at bay.”

“It's just another added cost, another which we just can't afford to have."

The department is currently undertaking surveys to understand how widespread the pest is, and is asking backyard and commercial vegetable producers to keep an eye out.