Featuring the latest airflow technology, the Ferguson ener-freeze FFV 3 is able to evenly freeze a variety of potato products in different shapes, including sticks, cubes and wedges.

As part of tna’s commitment to continuous innovation and a sustainable production process, the company has now developed a new energy-efficient freezer fan to reduce operating costs and increase production cycles while ensuring a high quality and uniformly frozen product.

The Ferguson ener-freeze FFV 3 features centrifugal fans with curved blades to optimise the air flow underneath the belt, resulting in even air velocity over the product for a high heat transfer rate and even fluidisation across the entire width of the belt.

As the air speed is near the product’s fluidisation velocity, the appearance of clusters is eliminated and each French fry is frozen individually, quickly and to perfection. 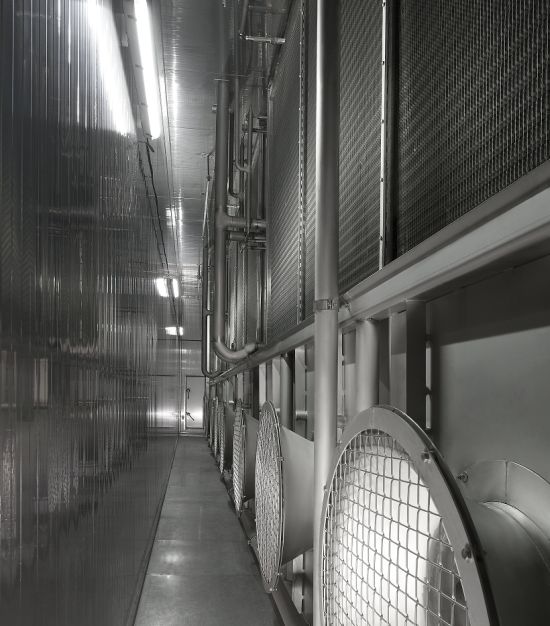 A look inside the Ferguson ener-freeze FFV 3

In addition, the specific impeller construction of the Ferguson ener-freeze FFV 3 ensures that the fan curve has almost 100% spare static pressure to minimise the effects of production fluctuations and ensure a more stable fan curve over an increased period of time.

As a result, the Ferguson ener-freeze FFV 3 reduces power consumption by more than 30% compared to previous technology and can maintain an efficient performance for longer before it requires defrosting, significantly increasing production cycles.

“Pre-coolers and freezers are some of the biggest power consumers in any French fry line.”

“These systems often require high volumes of electric power to operate and also to cool down the heat they release in exchange. Reducing the power consumption of this type of equipment not only results in immediate energy savings, but will also have a significant influence on the overall operational costs of the entire production line.”

“In fact, by upgrading their equipment to the Ferguson ener-freeze FFV 3, manufacturers can expect a return on investment in only one to two years.” 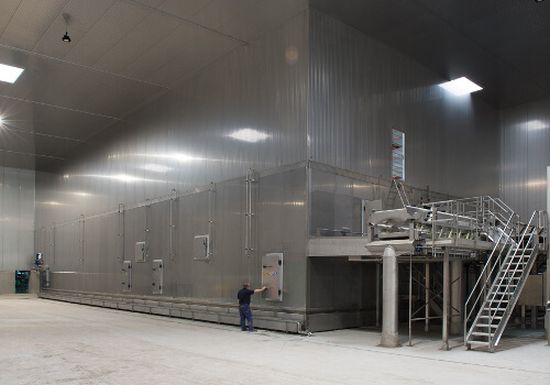 Ferguson, a tna brand, have been supplying the French fry industry for over 30 years, developing some of the industry’s most innovative designs.