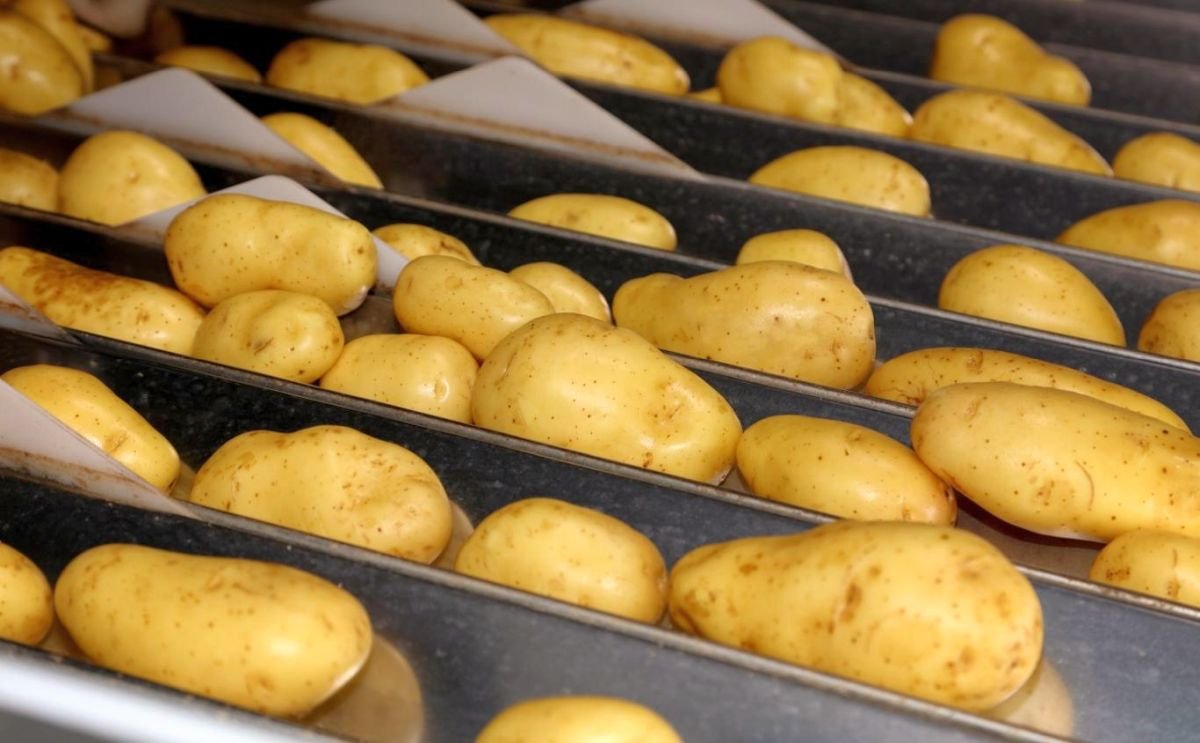 Growth again in 2019, above all in frozen fries

Last year, despite the difficult growing conditions as a result of the extreme heat and drought during both the 2018-2019 and the 2019-2020 seasons, the Belgian potato-processing industry once again improved the record for processed potatoes.

Almost 5.3 million tonnes of potatoes processed into fries, mashed potato products, crisps, flakes, and granules or precooked potatoes meant an increase of 3.8% compared to the figures for 2018. 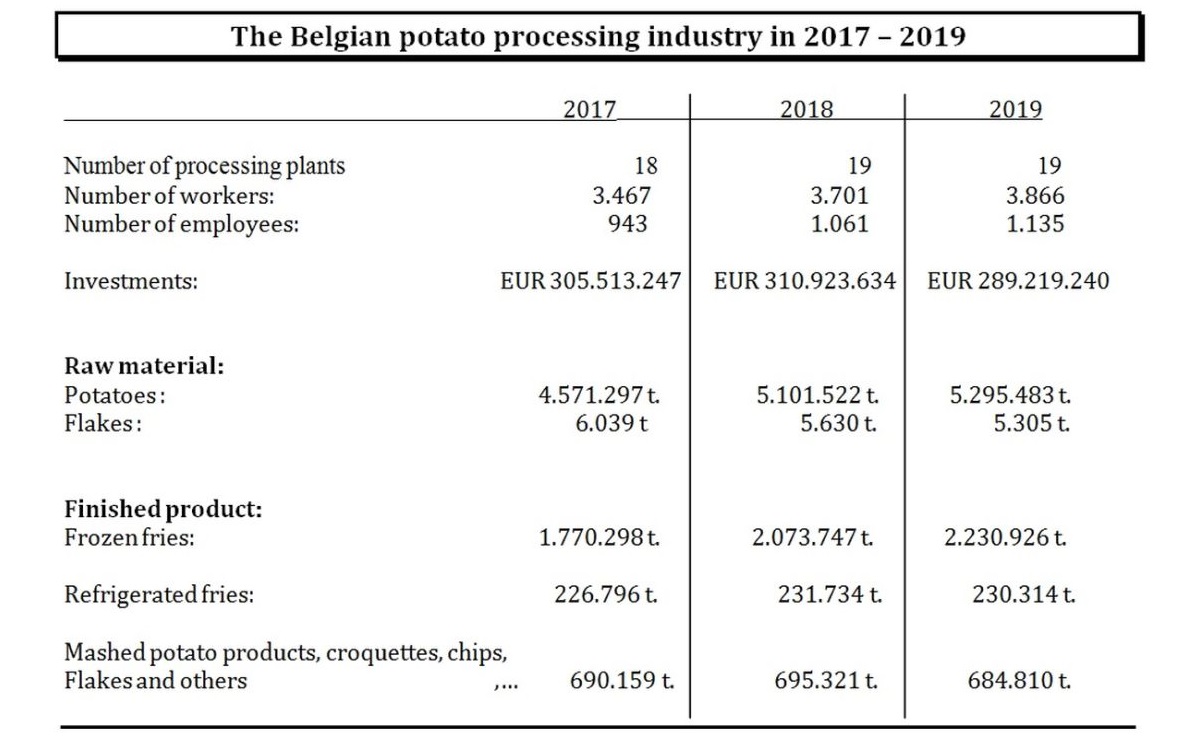 This increase is mainly the result of a rise in the production of frozen fries.

Rise in the number of employees and a high degree of investment for the fourth successive year.

Above all frozen fries responsible for this increase

In 2019, too, the figures illustrated the Belgian potato chain’s dependence on the export of frozen potato products. 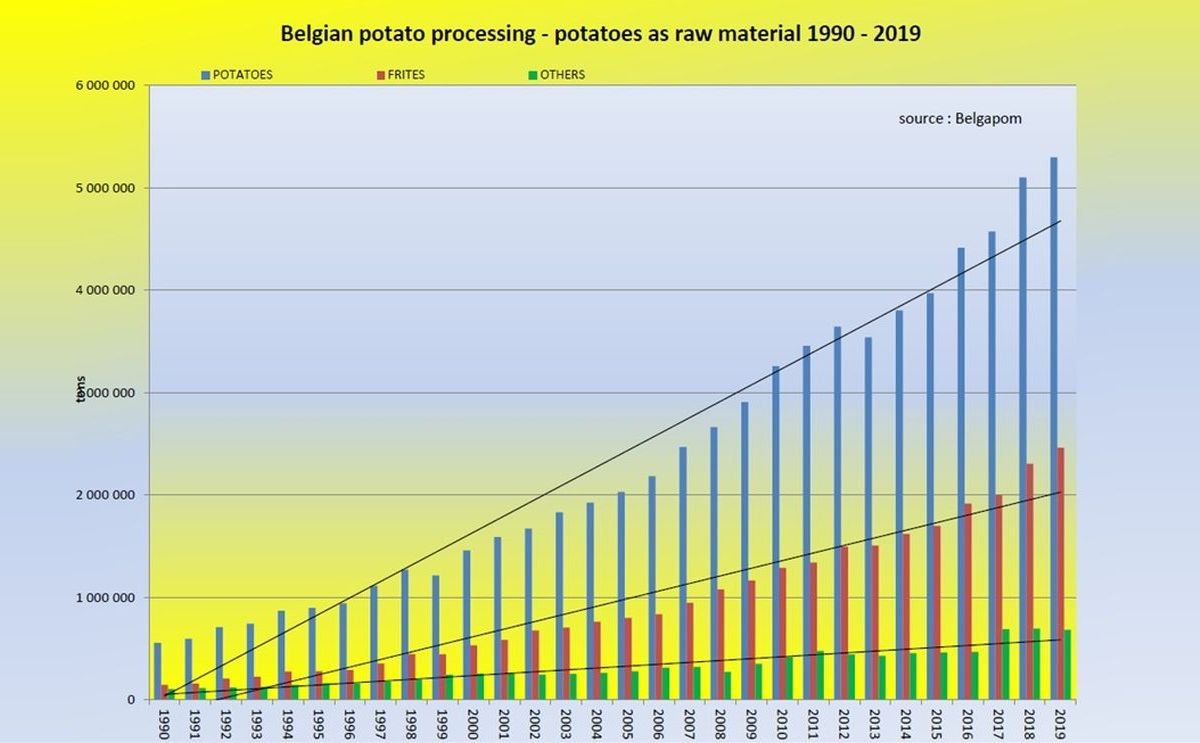 What is remarkable about these statistics, is that Belgium is the only country amongst its neighboring countries that showed an increase in exports in 2019.

The prospects for the 2020 season were positive. The potato market was in balance. Both the quotations on the free market and the contract prices offered the potato chain breathing space. The entire European potato sector was focussing on the new situation that had arisen as a result of the traditional sprout inhibitor, CIPC, losing its authorization starting from the 2020-2021 season.

Cleaning warehouses, new sampling methods and the application of new, natural sprout inhibitors filled the agendas of most meetings in the potato chain.

Until the outbreak of the COVID-19 virus in China led to everyone discovering the word 'lockdown'. Containers were no longer unloaded in Chinese ports and this led to logistical problems for European potato exports. But when, mid-March, the virus started to appear everywhere in Europe and local authorities proceeded with lockdowns, the problems kept mounting in the potato sector too.

Restaurants and professional kitchens closed and after a short period of hoarding, the fall in demand in supermarkets became noticeable. At the beginning of April, the same approach was rolled out all over the world, so that above all the export of frozen products faced problems, first as a result of the closure of fast-food chains and later also on other markets.

No one knows how long this situation will drag on. The near future is one big question mark. However, it is already clear that the COVID-19 virus will really lay into the 2020 figures of this dynamic sector.

There is hope that step by step life will return to normal, which will also once again offer perspectives for the potato sector.
Source
Belgapom
Related Companies
Belgapom 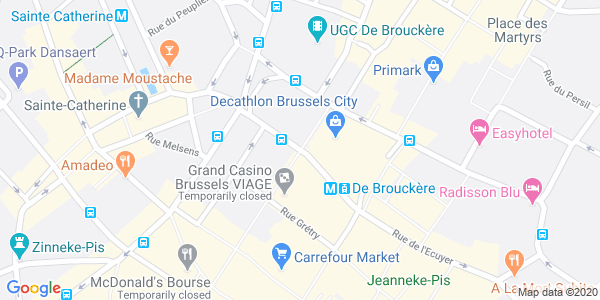