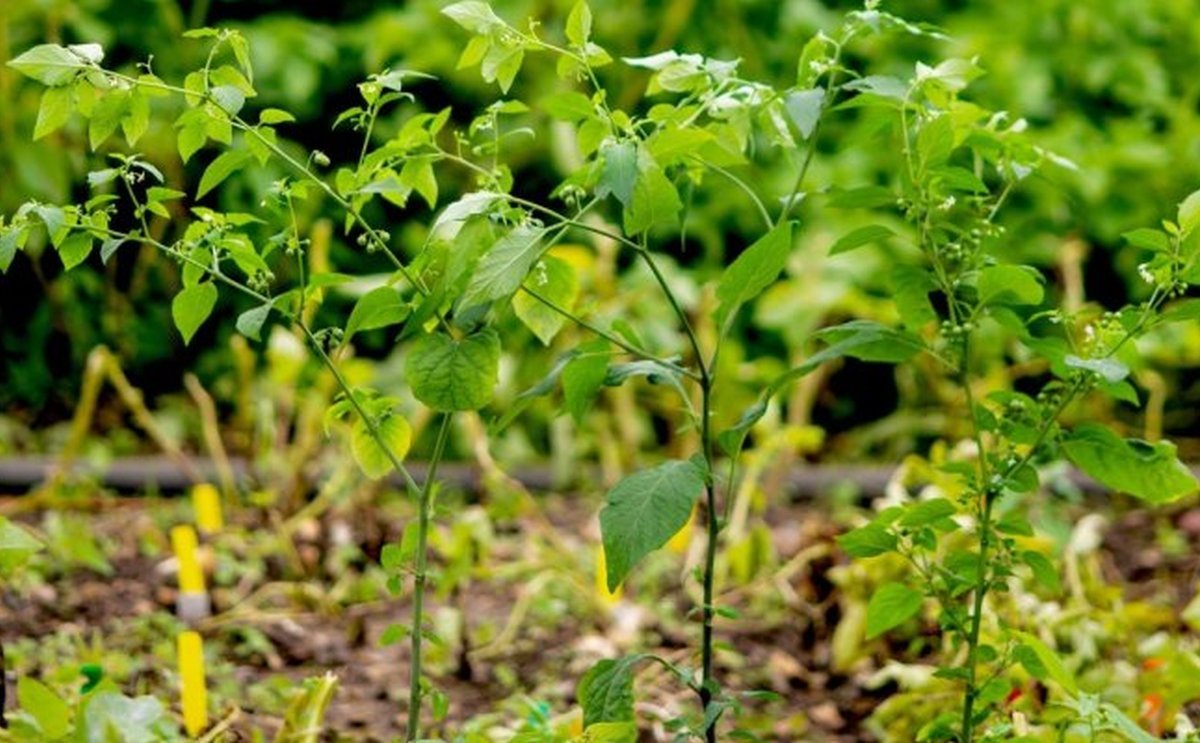 New resistance genes against late blight were identified in a close relative of the potato, Solanum americanum

An international team of researchers has struck an important blow in the ongoing evolutionary arms race with the notorious potato disease late blight (Phytophthora infestans).

This disease, which caused the Irish potato famine in the 1840s, continues to reduce potato yields today and can lead to devastating losses. A new gene and it's relatives were found in the Solanum americanum plant and seem to provide potatoes resistance against all races of P. infestans. A publication on the new Rpi-amr1-gene was published yesterday in Nature Plants.

De Resistance genes in plants provide protection by allowing the plant to perceive pathogenic microorganisms and upon perception, activate defense against them. However, single resistance genes often act against a limited range of pathogen races and can be overcome by new variants.

The challenge is to find new resistance genes that provide protection against the widest range of pathogens and their variants, buying time in an ongoing evolutionary arms race.

To address this challenge, researchers from The Sainsbury Lab in UK, Wageningen University & Research (WUR), and their co-workers from other institutions explored the diversity of resistance genes in a wide range of wild Solanum plants related to potato.

They found Solanum americanum, the ancestor of the widespread wild plant Solanum nigrum (black nightshade) to be an excellent source of new resistance genes against late blight. In their study, they report the resistance gene Rpi-amr1 and its many variants. Despite varying in sequence by up to 10%, each Rpi-amr1 variant enables the plant to detect the same effector proteins of late blight, affording protection from disease.

The Rpi-amr1 resistance gene is being combined with two other resistance genes, Rpi-amr3 and Rpi-vnt1, in the commercial potato Maris Piper. The resulting potato lines are immune to a very wide diversity of blight races.

This work would not have been possible without the added value that collaboration creates. Professor Vivianne Vleeshouwers from WUR worked closely with Professor Jonathan Jones and Sophien Kamoun from The Sainsbury Laboratory in Norwich (UK) and others from the John Innes Centre, the Technical University of Munich, and the Universities of East Anglia, Leeds and Hull.
Source
Wageningen UR
Like to receive news like this by email? Join and Subscribe!
Related Companies

‘To explore the potential of nature to improve the quality of life’ is the mission of Wageningen UR. A staff of 6,500 and 10,000 students from over 100 countries work everywhere around the world in the domain of healthy food and living environment for governments and the business community-at-large.

The Sainsbury Laboratory
Where