Although potato was grown on the Indian subcontinent from the late 16th or early 17th centuries, at Pakistan's foundation in 1947 cultivation was restricted to a few thousand hectares and total annual output was less than 30,000 tonnes.

In the decades since independence, the aalu has become the country's fastest growing staple food crop. Thanks to strong gains in cultivated area and average yields - both made possible mainly by irrigation - output rose between 1995 and 2007 from one million to a record of more than 2.6 million tonnes.

The latest agricultural statistics (2017) show that potato is grown on 170,300 hectares with a total production of roughly 4.0 million tonnes. Potato cultivation is strongly concentrated in Punjab, where currently over 95 percent of the potato production originates. Other regions with potato production include Khyber Pakhtunkhwa (KPK), Balochistan and Sindh.

Apart from some subsistence growers in the north, most Pakistani farmers produce for urban markets rather than household consumption, and the potato has become a significant source of rural income.

Potato consumption in Pakistan is showing an upward trend, now annual per capita intake is over 15 kg, up from around 10 kg a decade earlier. 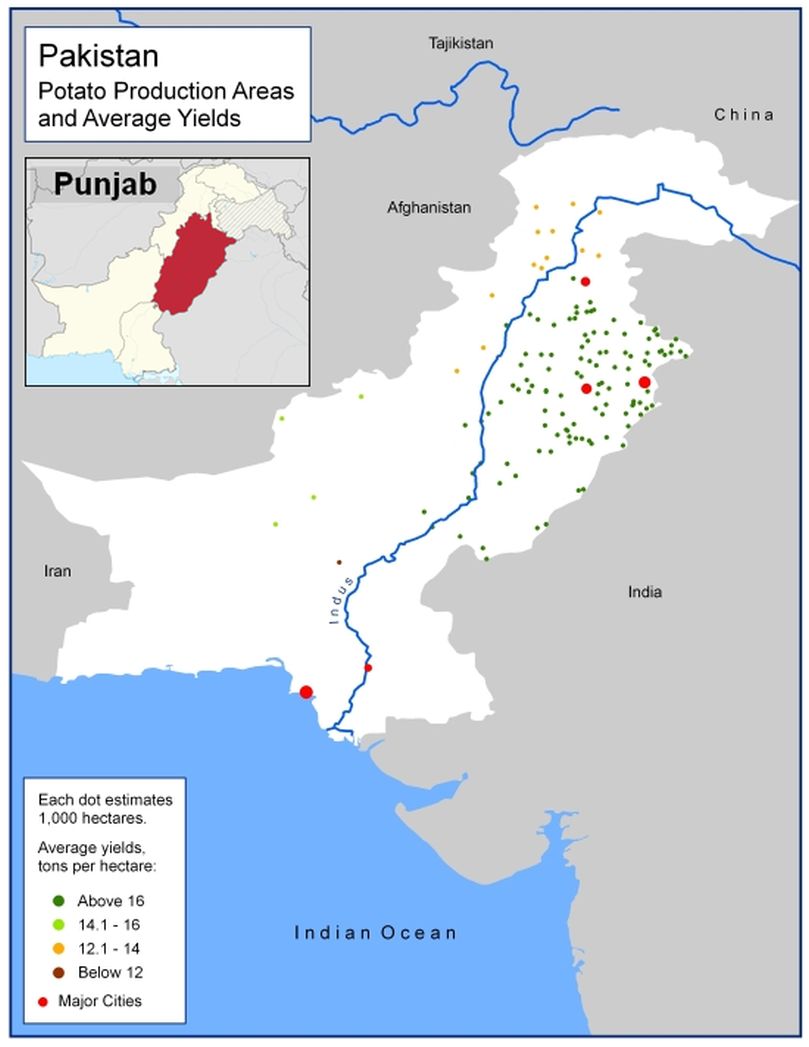 Impression of the geographical distribution of potato cultivation in Pakistan (Courtesy: CIP)