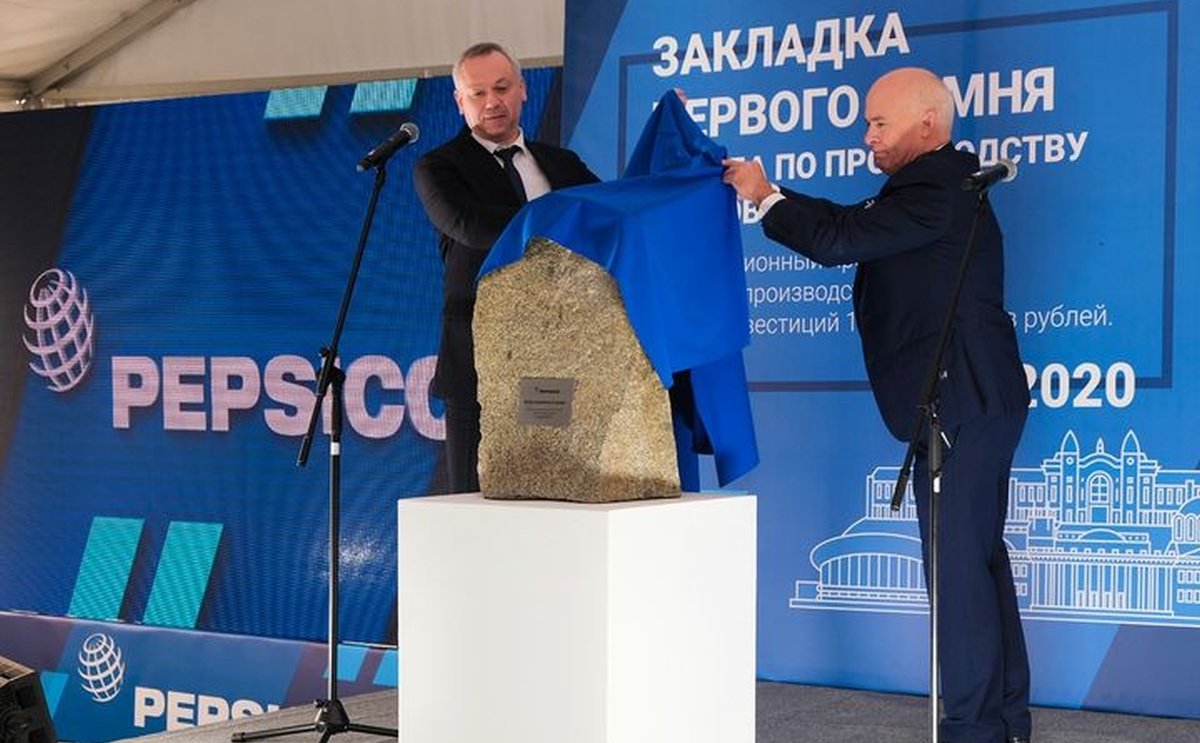 PepsiCo has laid the 'first stone' for the future plant for the production of savory snacks in the Industrial and Logistics Park of the Novosibirsk Region.

The ceremony was attended by the Governor of the Novosibirsk Region Andrei Travnikov and the President of PepsiCo Russia, Belarus, Ukraine, the Caucasus and Central Asia, Neil Sturrock unveil the first stone of Pepsico's Novosibirsk plant.

The plant in Novosibirsk will become PepsiCo's third plant for the production of salty snacks in Russia. In total, there are more than 20 subsidiaries of the company in Russia. PepsiCo has invested over USD10 billion in Russia.

PepsiCo will also launch an agricultural program in the region so the plant can process local potatoes. All Lay's chipsin Russia are made exclusively from potatoes grown in the country. Pepsico Russia cooperates with more than 50 agricultural enterprises in 15 regions and processes about 400 thousand tons of potatoes each year.

The first two lines of the plant will start production at the end of 2021. The new plant will have a production capacity of more than 60 thousand tons will produce Lay's ® chips and croutons of the 'CrunchTeam' brand. 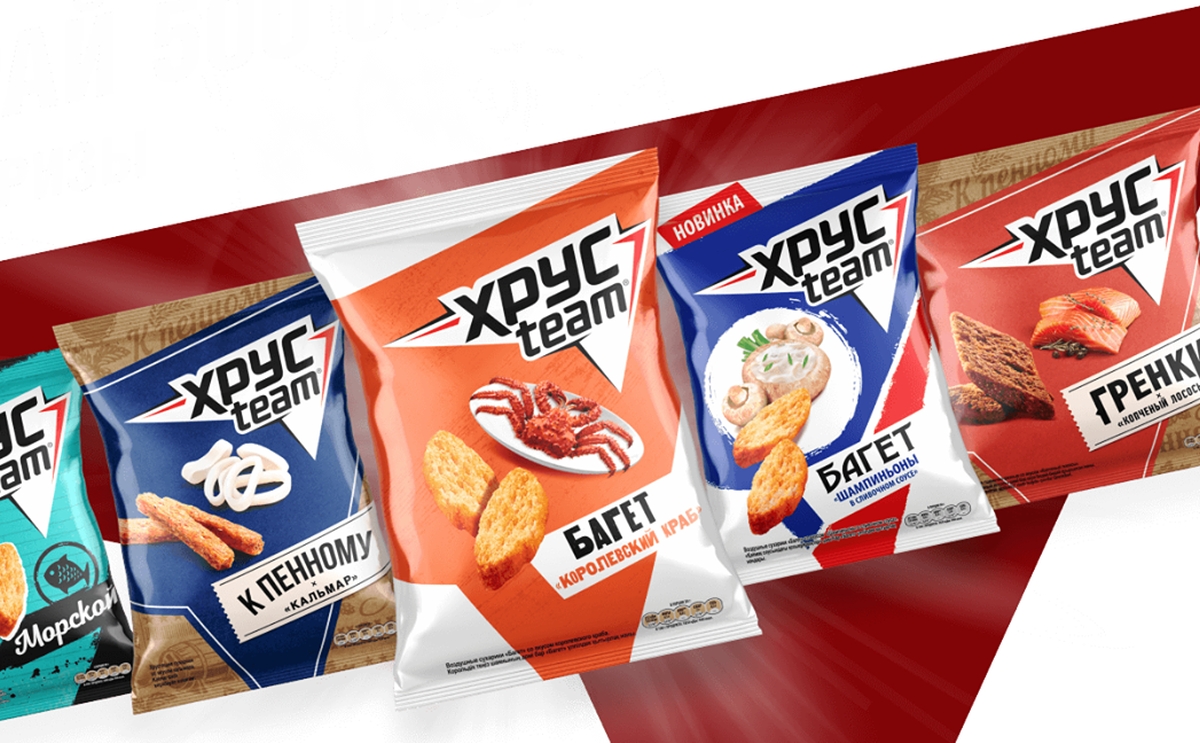 The construction of a new plant in Novosibirsk improve Pepsico's logistics by offering local production and will provide consumers in Siberia, the Urals, the Far East and neighboring countries with products manufactured in Siberia.

“We highly appreciate the support provided to our project by the leadership of the Novosibirsk region and personally by Governor Andrey Travnikov. The region has created favorable conditions for the work of large foreign investors.”

“Despite the obvious difficulties caused by the pandemic, we plan to build and launch the new factory on time.”

“The new plant will be built in accordance with the principles of PepsiCo - it will be as energy efficient as possible, modern environmental standards will be introduced here, including for waste disposal.”

“To provide the plants with the necessary raw materials, our agricultural team is already working on the development of the raw material base of our future suppliers.”

Governor Andrey Travnikov stressed the continued growth and development of the Novosibirsk Industrial and Logistics Park.

“It is very important for the government of the Novosibirsk region that the sites it creates in the region are in demand by business and continue to be actively developed.”

“This event - the beginning of the construction of the plant - gives another impetus to the development of the economy. We are happy for our long-term partner - PepsiCo. Today we are writing the history of the creation of another enterprise, and a very positive story.”

“We were able to go very quickly from the concept to the actual start of the project.”

“This will be a powerful breakthrough for the entire agricultural complex of our region. Already several farms are engaged in test cultivation of potatoes to meet the stringent requirements of the producer. Farm managers are waiting for the opening of the plant, buying equipment, mastering new production technologies.”

“All this corresponds to the tasks of increasing the productivity of our agricultural complex. The effect for the regional economy is very significant. Once again I want to thank our partners for making a decision to place a new production in favor of the Novosibirsk region.”

Alexander Zyryanov, Director General of the Investment Development Agency of the Novosibirsk Region:

“Laying the first stone of the future plant is far from the start of the project, this stage became possible thanks to the great joint work done by the team of PepsiCo, the Agency and the Industrial and Logistics Park since the signing of the agreement.”

“During this time, a site was selected, the optimal technical characteristics of supplying communications were found, in particular, an individual drainage scheme was developed, all technical conditions, permits and approvals required for the preparation of design estimates and the start of construction were obtained.”

“The Agency and PLP will continue to make every effort to ensure that PepsiCo's project develops successfully.”

Pepsico has already a presence in Novosibirsk: the Siberian Milk enterprise produces dairy products and employs over 600 people. The new snack plant is expected to add another 900 jobs. Pepsico is currently the largest potato processor in Russia.

To ensure high quality raw materials for its products, PepsiCo conducts an extensive supplier development program. The company organizes seminars and training for potato and milk producers, helps farms in the purchase of planting material, plant protection products and fertilizers.

The program also supports investment in equipment for potato storage with a climate control system.

Thanks to participation in this program, PepsiCo partners were able to significantly increase potato yields - from an average of 13 tons to 25 tons per hectare.

Today, 100% of the potatoes supplied to the company's factories are grown in Russia.

PepsiCo is one of the world's leading food and beverage companies with over USD 67 billion in net revenue in 2019 and a global portfolio of brands, including several savory snack brands.
Read More
Lays

Lays is one of the many Frito-Lay brands.
Read More
CrunchTeam

PepsiCo is the largest food and beverage manufacturer in Russia. The company employs approximately 19,000 people in its central and regional offices and in its numerous production sites.
Read More
Related Topics
Chips and Snacks
Potato Chips
Other Snacks 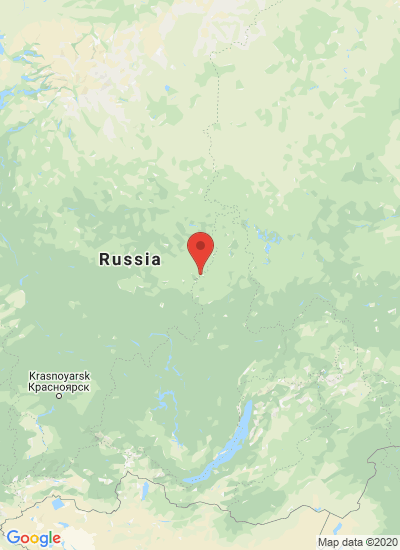