Potato has the potential to reduce anemia, due to high level of iron absorption 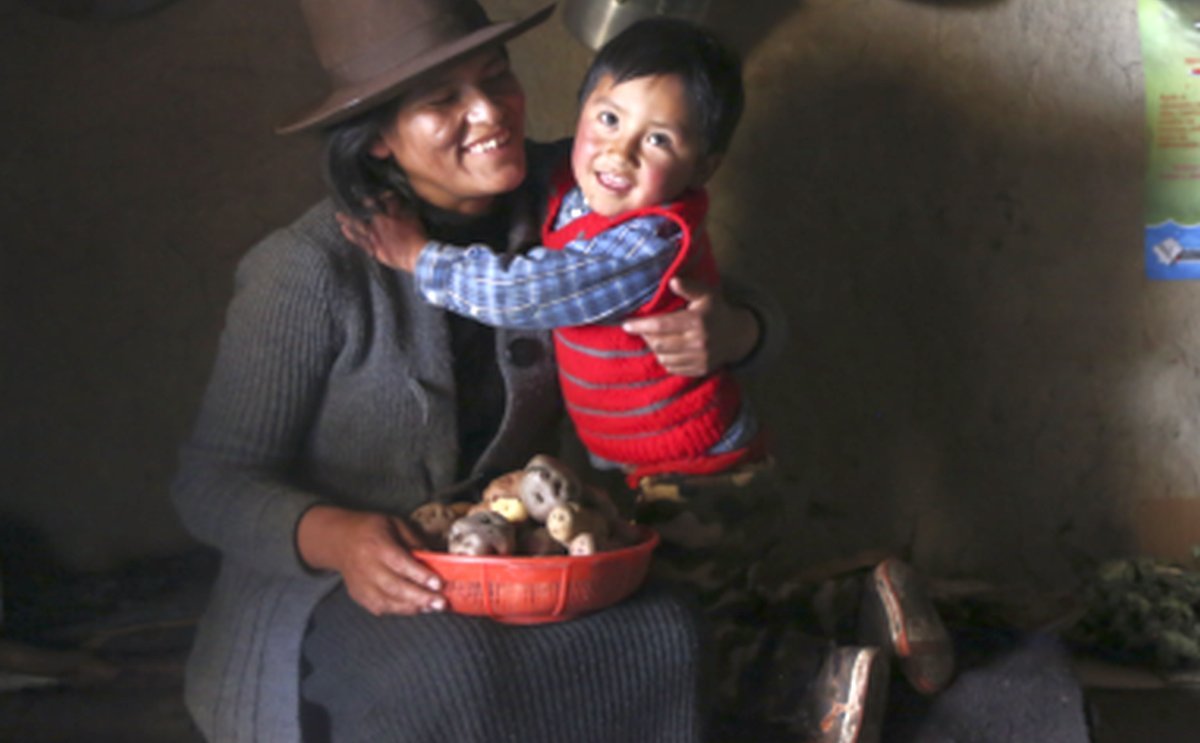 Mother and son with biofortified potatoes in Huancavelica.

The potato is known to be a good source of energy, potassium, and vitamins C and B6, but according to research recently published in the Journal of Nutrition, its tubers can also be an excellent source of iron.

This means potatoes could play an important role in efforts to reduce iron deficiency – the leading cause of anemia, which affects about 2 billion people globally.

In developing countries, about half of pregnant women and 40% of preschool children suffer anemia, which impairs children’s physical and mental development, makes adults less productive and contributes to about 20% of maternal deaths.

A study with iron-deficient women in Peru's Huancavelica region who ate 500 grams of potatoes per day for two weeks found that the rate of iron absorption from those potatoes was much higher than that reported for other crops.

Study participants absorbed 28% of the iron in the Peruanita potatoes they ate.

The 500 grams of that potato participants consumed thus provided 33% of the daily iron requirement of a woman of reproductive age.

Gabriela Burgos, a nutritionist at the International Potato Center (CIP):

“Nobody expected the potato to have such a high level of iron absorption.”

Gabriela Burgos undertook the study in collaboration with ETH Zürich and Peru's Instituto de Investigación Nutritional. She added that this was the first human study of iron bioavailability in potato ever done and that it produced the kind of pleasant surprise that scientists hope for.

“Potato has great potential for reducing iron-deficiency, even though it contains much less iron than crops such as beans or spinach because a higher proportion of the potato’s iron is absorbed by the human body.”

She explained that this is because most vegetables, and legumes, contain high levels of phytates and other compounds that inhibit iron absorption, whereas potatoes have low phytate levels and plenty of vitamin C, which enhances iron absorption.

The study's results are especially significant because they took place in the framework of an initiative to increase the iron levels of potato through conventional breeding – a process called biofortification. The resulting varieties will be disseminated in areas where iron deficiency is a problem.

According to Burgos, biofortified potatoes are an excellent option for reducing iron deficiency in highland areas like Huancavelica, where people eat meat infrequently and most adults consume 300—600 grams of potato per day. They could be equally beneficial in potato producing areas of Africa and Asia, where people have comparable diets.

Nevertheless, Burgos explained that an efficacy study needs to be conducted to demonstrate there is a significant improvement in the iron and zinc status of people who incorporate biofortified potatoes into their normal diets.

The discovery of potato's potential to deliver iron is the latest development in a story that has unfolded over more than 15 years.

It began in 2004 when CIP scientists working toward potato biofortification analyzed the nutritional content of 582 types of native potato collected across the Andes – the cradle of potato biodiversity – and identified 16 cultivars with high levels of iron and/or zinc.

While CIP shared those cultivars with farmer's organizations to evaluate and select the best ones for promotion locally, breeders began crossing them to produce offspring with even higher levels of those minerals.

Over the course of more than a decade, a succession of crosses, evaluations, and selection resulted in a population of potatoes with 40-60% more iron and zinc than conventional varieties.

While some of those biofortified native potatoes were shared with farmers in Peru and Bolivia, CIP scientists began crossing them with potatoes from a more resilient, higher-yielding breeding population.

“CIP breeders are currently focusing on combining high nutritional content with other important traits such as pest and disease resistance to come up with new biofortified potato varieties that are adapted to a broader set of cultivation areas.”

Burgos suspects that polyphenols, a normally beneficial chemical responsible for the tuber's purple hue, may inhibit iron absorption. A second study planned for 2021 will thus compare the iron absorption of a yellow-fleshed iron-biofortified potato and 'Peruanita'.

Potato breeder Elisa Salas explained that, based on these results, CIP will stop promoting purple-fleshed biofortified potatoes and begin analyzing the polyphenol content of potential varieties to remove those with high levels from the breeding pipeline.

“The results of this study will strengthen our development of potatoes with high nutritional value and high yields.”

She explained that CIP plans to release two biofortified potato varieties in Peru in 2021. Those potatoes were selected from a shortlist of 12 candidates that had the best results of 30 that underwent field evaluations at sites scattered across Peru, in collaboration with the Instituto Nacional de Innovación Agraria and other partners.

As CIP and partners have worked toward the release of biofortified varieties in Peru, the CIP genebank has sent in vitro plantlets of at least 50 biofortified potatoes to national agricultural research centers in Africa and Asia for evaluation and possible release as varieties.

In recent years, CIP has collaborated with national potato programs in Ethiopia, Rwanda, Bhutan, and Nepal on the evaluation process, and iron-biofortified potato varieties are likely to be released in some of those countries in the coming years.

“CIP has pioneered the biofortification of potato, thanks to the vision of the researchers who put developing a solution for mother and child malnutrition on our agenda more than 15 years ago, and the donors who have supported this work.”

Nutritious food for the world

Work on potato biofortification complements CIP's breeding and promotion of orange-fleshed sweet potato to reduce vitamin-A deficiency – the leading cause of preventable blindness in children.

Over the past decade, CIP and partners have developed locally adapted orange-fleshed sweet potato varieties and delivered planting material for them to more than 6.5 million farming households in Africa and Bangladesh.

In recent years, sweet potato breeders in Mozambique produced an orange-fleshed sweet potato with double the iron of most varieties.

While the ability of orange sweet potato to improve vitamin A levels in children was demonstrated by research years ago, the bioavailability of the iron in this biofortified sweet potato was tested with feeding trials in Malawi in 2019.

Though its iron absorption was lower than that of potato, at around 6%, thanks to its elevated iron content, the 400 grams of the new variety that study participants consumed provided 18% of the daily iron needs of a woman of reproductive age.

Hugo Campos, CIP's research director and one of the study's authors:

“Together, these findings confirm the potential of biofortified potato and sweet potato to improve both food and nutrition security.”

“Investments in further biofortification of these crops can contribute to the wellbeing and livelihoods of many millions of smallholders in developing countries.”

Iron-rich potato and sweet potato are recent additions to a growing list of biofortified staple crops developed by CGIAR scientists as part of a global effort to reduce micronutrient deficiencies while contributing to food security and incomes.

Since 2004, more than 130 biofortified crops have been released in at least 30 countries in Africa, Asia, and Latin America.

“Investing in breeding biofortified crops, and particularly in potato, is a very effective way to develop scalable solutions to pervasive public health issues such as anemia.” 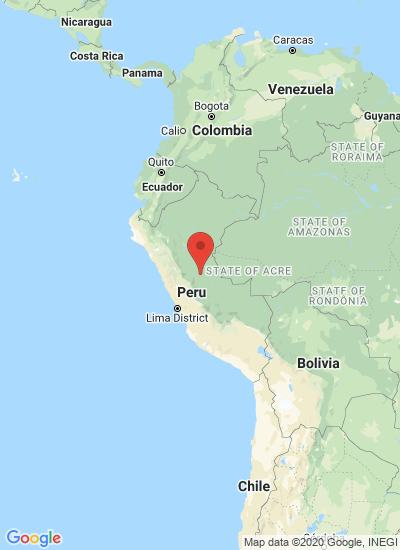