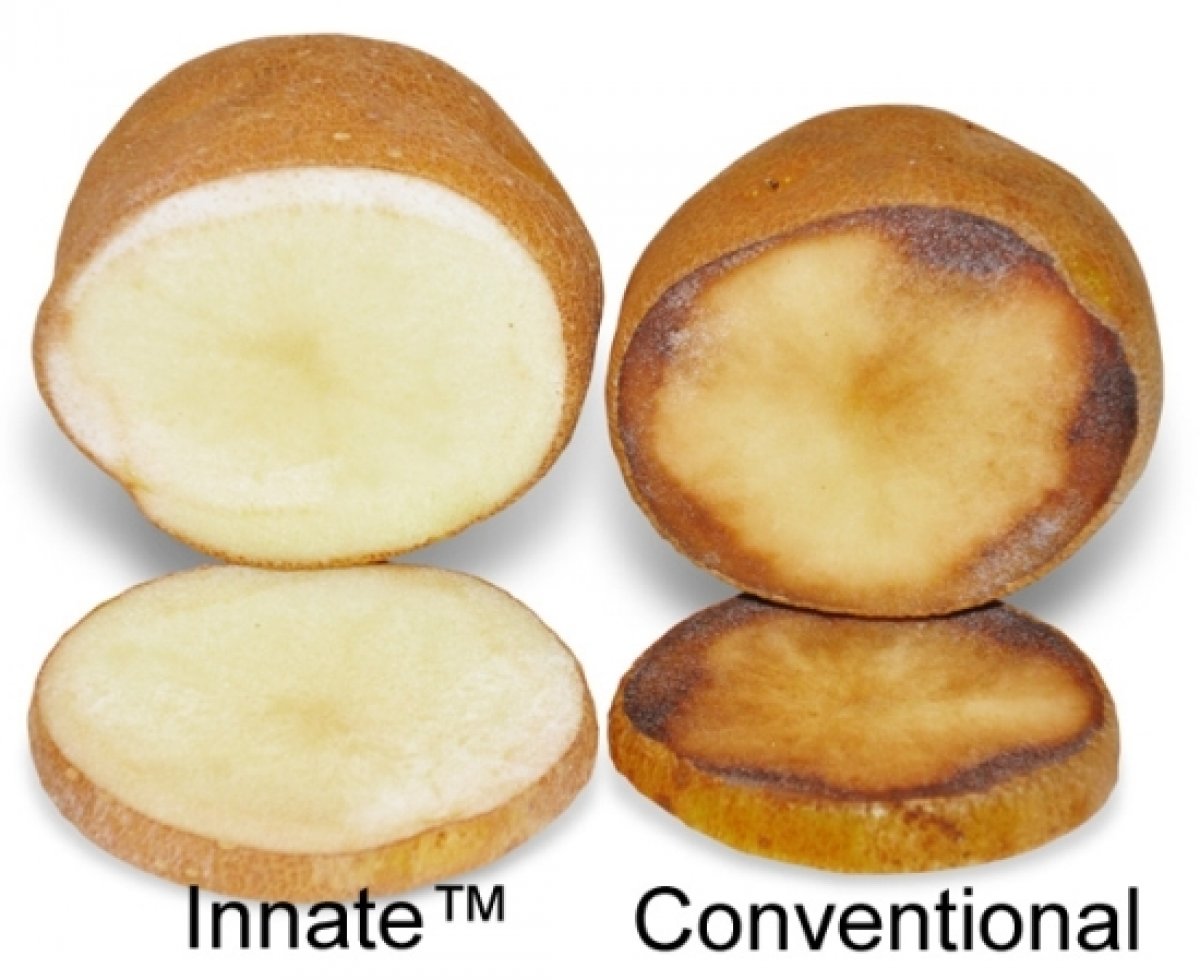 The first line of J.R. Simplot Co.'s genetically modified potatoes has been cleared by the Food and Drug Administration as safe for human consumption. The voluntary FDA safety review found that the potatoes are as safe and nutritious as conventional potatoes.

Response Letter from the FDA to J.R. Simplot regarding Innate Potatoes
Simplot received clearance from the U.S. Department of Agriculture in November to grow and bring six varieties of its Innate brand potatoes to market. Unlike the FDA review, the previous review was required by law.

The company harvested 400 acres of potatoes in 2014 that will head to retail and food service test markets this summer.

Named "Innate" because they use genes only from other potatoes, not other species, Simplot's GMO potatoes don't brown after cutting and have reduced black-spot bruising. The Boise company says those improvements will increase farmer yields and reduce waste for customers. The spuds also have less naturally occurring asparagine, a chemical that can turn into a neurotoxin called acrylamide when cooked at high temperatures.

The potatoes are not intended for fast-food chains such as McDonalds, a longtime customer Simplot customer. McDonalds has a longstanding policy that it doesn't use GMO potatoes.
Source
The Idaho Statesman
Like to receive news like this by email? Join and Subscribe!
Related Companies