Technology is crucial to enhanced sustainability 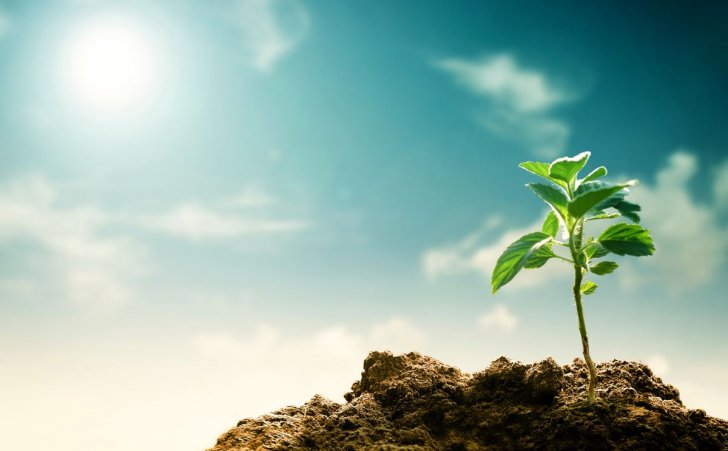 We must be more effective with our resources to provide food for everyone, so every crop matters and, in the bigger picture, every piece of produce counts.

With a rapidly expanding global population and limited food supply, it’s vital for food businesses to work more sustainably and stay profitable. We must be more effective with our resources to provide food for everyone, so every crop matters and, in the bigger picture, every piece of produce counts.

Until now, inefficient processes happened throughout the whole food supply chain at farms, factories, processing plants and stores across the world, with produce being lost and wasted unnecessarily.

This PotatoPro item is based on an article written by Bjorn Thumas, director business development food, TOMRA Sorting Food

While you may think you know what the word ‘sustainability’ means for your business, in reality it isn’t just about introducing environmental initiatives nor is it about standalone Corporate Social Responsibility (CSR) programmes.

So, what is sustainability? In short, sustainability is the efficient use of resources, which is vital for ensuring food supply for future generations. And technology is the answer to making the food sector more sustainable, efficient and profitable.

At the same time, the land available for us to grow food is very limited and only 20 percent more land can be brought into productive use, according to the UN Food and Agriculture Organisation. When you consider that resource productivity in the 27 EU countries has only increased by one percent per year for the past seven years, you see how big the challenge is.

The impact of this in the long term comes back to the old economic rule that the cost of ingredients will increase due to scarcity, putting economic pressure onto the food and drink markets.

Food waste from farm to fork

Food waste happens throughout the supply chain. Food crops can be spoilt before harvest, such as in April 2017 where at least 80 percent of central European fruit crops were lost due to late frost.

Then good produce is sometimes rejected during processing due to inefficient sorting. Finally, supermarkets and stores often throw out food that is beyond its best, while consumers end up disposing of some food straight from the fridge.

Importantly, food shortages like the vegetable shortage in Europe in early 2017 lead to higher prices for processors and consumers.

Of course, there is an imbalance in food efficiency between developed and developing countries. The issues mentioned above are common in developed countries and, with 70 million people entering the middle class globally every year, they will only grow.

But while consumer-led waste is not such an issue in developing countries, they often have inefficient processes upstream in the supply chain which lead to greater waste during harvesting and processing.

It is up to all of us as businesses and individuals to use resources more efficiently and live more sustainably, and there is increasing social pressure to do so. From the ‘ugly food’ trend that sees stores and consumers accepting misshapen but quality produce, to multinational companies setting sustainability requirements for their suppliers and sourcing food locally, some progress is being made. Many businesses including PepsiCo, McCain Foods, Mondelez and Nestlé are setting ambitious commitments to send zero food waste to landfill from their own direct operations, as part of a UK Food and Drink Federation (FDF) campaign.

To help tackle the problem, TOMRA Sorting Food also launched its own White Paper on why ‘It’s time to end food waste’.

TOMRA - It Is Time to End Food Waste

Costs and savings for business

There is a common misconception among businesses that being sustainable will cost money. In fact, sustainability and profitability are linked, as both rely on the most efficient use of resources, and taking action to prevent food waste could save businesses €341 million a year, according to the Waste and Resources Action Programme (WRAP).

These businesses may face some upfront costs when evolving to become more sustainable, but even small changes can have a large impact. Most companies that have transformed their business say that they had to make an initial investment and now are seeing long-term financial benefits.

So, what can food processors do to work more sustainably and increase their profitability at the same time? Many are looking to the latest in advanced sensor-based sorting solutions for the answer.

Automating food processing lines with the right technology can improve sustainability in many ways, according to the European Parliament’s report ‘Technology options for feeding 10 billion people’, such as “optimizing product quality, reducing quality losses and defects, and decreasing energy and water consumption.”

It is worth looking at each of these benefits in more detail:

TOMRA Sorting Food is committed to leading the resource revolution. Our mission is to ensure that food supply is optimised for current and future generations and to help processing companies work profitably.

TOMRA doesn’t just sell equipment to food companies; we work in partnership with them and are trusted consultants who are vital to their business. It’s our passionate commitment to innovation and responsibility that has led us to work with the world’s most influential food companies.
Source
Tomra Sorting Food
Like to receive news like this by email? Join and Subscribe!
Related Companies

TOMRA Sorting Food has announced that its sorting, peeling and processing systems will be branded TOMRA as of September 25, 2014.
Products