The most recent potato variety to join the list of approved McDonald’s potato varieties is the Dakota Russet, developed at North Dakota State University by Asunta Thompson, associate professor of plant science and potato breeder.

"This is a dream come true. Having our russet accepted by McDonald’s for their french fries is the gold standard we all strive for. Cultivar development takes a team and this difficult achievement would not have been possible without support from the NDSU potato improvement team, potato farmers and agriculture partners."

"My goal since returning to NDSU in 2001 was to identify superior cultivars across market types. I focused on earlier maturity which would allow greater opportunity for economic and environmental sustainability for our farmers, while helping address the global challenge of feeding the world."

The cross (traditional hybridization) was made in 1999 and Thompson selected the seedling in the single-hill nursery in fall 2001. The variety was officially named and released in 2012. The approval process for the Dakota Russet to be accepted by McDonald’s was completed in March 2022.

The Dakota Russet is one of eight varieties accepted in North America. The most recent additions to the McDonald’s North American varieties were in 2016.

"Our world-famous fries always start with our potatoes. We couldn’t be more excited to introduce Dakota Russet to our quality group of potato varieties used to produce them."

"We spend years testing new potato varieties before they are introduced to our suppliers and restaurants – including rigorous testing for quality, sensory and consumer validation – to ensure all the potatoes we use meet our high standards. The Dakota Russet has delivered a great appearance, flavor and texture – producing the same great taste our customers love."

The Dakota Russet was developed with the needs of Midwest farmers in mind, producing consistently high yields and fitting the shorter growing season with its medium maturity.

The variety also thrives in a wide range of climatic conditions. It is extremely resilient, demonstrating resistance to several of the common diseases typically present in potatoes.

"The excellent and consistent agronomic and processing performances of Dakota Russet is exactly the kind of quality potato McDonald’s looks to use, prompting us to pursue approval."

"Based on national testing and grower evaluation, the Dakota Russet is widely adapted across North America. It also thrives during a shorter growing season, which is important with the variable weather conditions we experience here in the Midwest. With this variety we are able to consistently obtain an excellent fry quality."

The highly successful traits of this variety help to improve agronomic sustainability by producing more quality potatoes per acre.

"The development of the Dakota Russet, and its acceptance from McDonald’s as a potato variety speaks to the innovative research happening here at NDSU and at our NDSU Agriculture Experiment Stations.Our talented researchers work hard to contribute to the success of our state and the world."

The Dakota Russet has begun rolling out to McDonald’s suppliers, where they are peeled, cut and prepared for restaurants to turn into the same hot, crispy fries McDonald’s customers love. As a student-focused, land-grant, research institution, they serve our citizens.
Source
North Dakota State University (NDSU)
Like to receive news like this by email? Join and Subscribe! 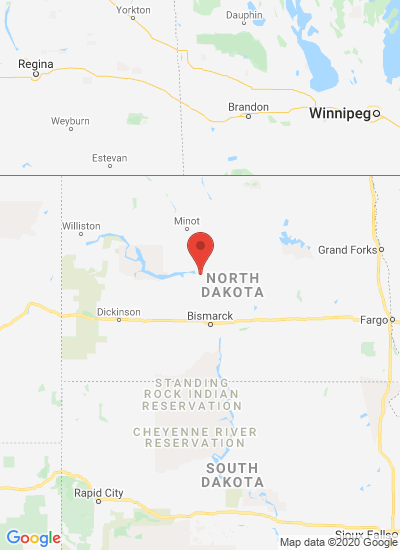