In Belgium, the continuing drought and especially the extreme heat is increasingly disastrous for the upcoming potato harvest and threatens to cause havoc for processors as well.

Roger&Roger, the company behind the the Croky brand has already throttled down its production in their Moeskroen plant where they normally process about 700 tonnes of potatoes daily to produce about a million bags of potato chips to supply about 30 countries.

By skipping the production of some of their new and less popular flavours for a while, the manufacturer hopes to have sufficient potato supply to keep producing their most popular flavours.

“The potato harvest is bad, so much is clear. A drop of 30 percent can be called dramatic.”

“The difference with previous disappointing harvests is that the drought this season has also affected France, Germany, the Netherlands, the United Kingdom and Poland, which will turn into a problem for the entire market.”

“This concerns mostly new and flavours with a smaller volume, such as 'Andalouse' a flavour only recently launched. Also the production of the 200 gram packing size of Naturel+ is on hold for now.”

Consumers that fancy these flavours can relax, though.

“There is still sufficient stock. Shelves won't be empty any time soon.”

“The supply is critical, but for now we can continue production.”

“We hope for rain this week, especially because this is required for the harvest. At this point soil conditions are actually too dry to harvest.”

“What the main harvest will look like, is still hard to judge.”

“We are still at the very beginning of the harvest season. By the end of August we should have a better feel for what the total potato production will look like.” 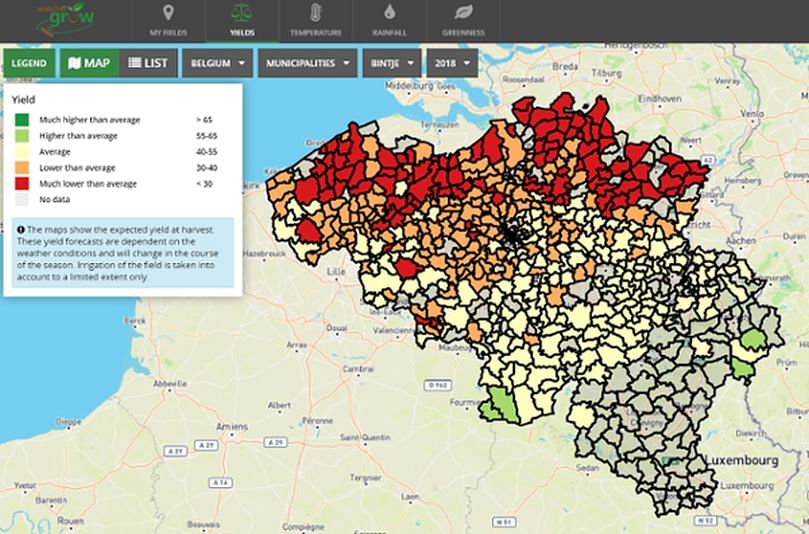 In Belgium, all potato fields are monitored using the online application WatchITgrow based on satellite data. The results clearly show that the potato harvest in the north of Flanders is hit hardest in both quantity and quality.

“The potatoes are far too small. Processors can not make fries out of them.”

According to farmers, the situation is irreversible. Even if it starts raining now, crops that were not irrigated are too far gone. This also raises concern for the future, as predictions indicate that long and extreme drought will occur more frequently.

“The coming days are going to be crucial.”

“Fields where the plants are entirely dessicated are lost. Where plants are still green there is still hope for tuber growth.”

“Current loss of 30 percent can not be recovered and can only increase.”

“So it is not going to be an OK year, potatoes will be of poor quality. The smaller potatoes will also result is shorter french fries.”

Potato Prices will rise as well, that seems unavoidable. But when that will happen and to what extent is hard to predict.

“Potato prices on the free market might go to record heights.”

“Early potatoes last year were offered on the free market at EUR 25 per ton, but now the price is already ten times as much.”

“From an economic point of view, the largest impact might be on the export of frozen Belgian fries. After all, they really go to all corners of the world.”

“It should be expected that our North American competitors will try to grab some market share at our expense.”

Agristo is a manufacturer of frozen prefried french fries and potato specialties. Agristo operates 4 production plants in Belgium and the Netherlands.

Roger &amp; Roger manufacturers of potato crisps was founded in 1999. Located in Belgium, the company was formed by former industry associates who oversee day-to-day running of Roger &amp; Roger.